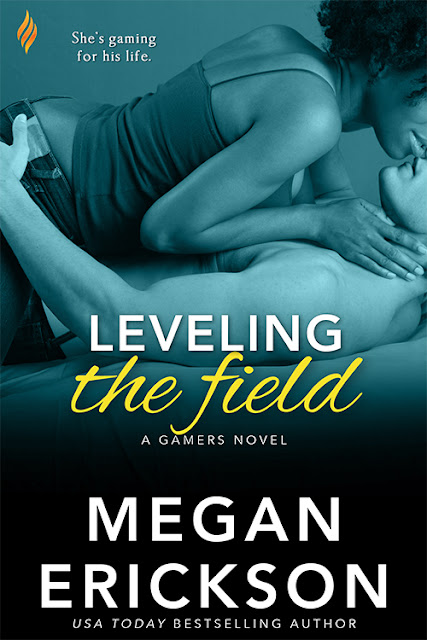 Reclusive magazine exec Ethan Talley is furious when his business partner hires a photographer—a gorgeous photographer who insists on speaking her mind, damn it—to take pictures for an upcoming article. No matter how badly he wants the woman…under him, over him, against the nearest wall…he has reasons for not wanting to be on camera anymore, and his scars are only one of them.

It takes approximately two seconds for Lissa Kingsman to recognize Ethan as the popular YouTube gamer who fell off the planet years ago. But this Ethan is different than the charming man she used to watch, and the crush she had on him then is nothing compared to the way she’s lusting after the brooding man he is today. If sex is all he can give her, fine. Why not use that bearskin rug in her studio for something other than a prop? But she’s determined to put a chink in his armor, no matter how much he resists.

I wanted this book.

I wanted this book SO BADLY.

I loved this book.

I loved this book SO MUCH.

I was fairly tempted to just leave that ^^ as my review (with maybe a few subliminal ‘buy it’ messages thrown in for good measure), but then I realized that doesn’t tell you why I loved it so…

It fails to mention the grumpy, broody, scarred and oh, so tempting Ethan Talley. The fiery, sassy, upfront and so damn likeable Lissa Kingsman. The return of this series’ other couples in all their geeky grandeur.

Nowhere does it talk about the beauty of this relationship. About the power of friendship and faith and lust to help begin a long-awaited (and much needed) healing process.

There’s no mention of the humor. The feels that had me alternating a laugh and a smile with a pang in my chest and a tear in my ear. Nor does it do justice to this wonderful, dare I say PERFECT, ending to one of my favorite nerdtastic series.

Which is a shame. Because really, when I closed Leveling the Field, my first thought was how much I had wanted to read this book—since the first moment we met broken Ethan, and learned about his tragic past, as a matter of fact—and how completely and utterly satisfied and in love with it (and him and Lissa) I was…

So, I won’t bother with subliminal messages. I’ll flat out tell you. BUY THIS BOOK. And the others in the series, if you’ve not already read them. You won’t be disappointed.
~ Review by Beth

In Leveling the Field, at last we learn the story behind Ethan Talley—what makes the man tick. He’s quite the recluse—really only communicating with his sister, Chloe and the rest of the Gamers staff including, of course, Grant, Marley and Austin, and Chad and Owen. He’s a miserable bastard and he likes it that way. Until the day he meets the gorgeous Lissa Kingsman, a photographer hired to take pictures to support an upcoming gaming article.

Lissa takes one look and immediately recognizes Ethan as the wildly popular E-Rad, a You Tube sensation that fell off the planet ten years ago. He’s matured and just as gorgeous as she remembers, but he’s now closed off and broody. Lissa had a massive crush on the boy, but she’s seriously lusting after the man now. She’s willing to take all that he offers—even if it’s just absolutely amazing sex. But what if it could be more?

Gah, who doesn’t love a brilliant, heartwarming, funny, sexy nerd-a-licious book? I sure as hell do! Lissa and Ethan are magical together—glitter bombs and all. They’re fun, sexy, and smart. Add in the catch-up snippets of the rest of the Gamers crew, and it’s fucking brilliant.

While I’ve been (im)patiently waiting for the last of the Gamers series to be released, I’m so very sad the series has ended. But oh, what an ending!
~ Review by Missy

You want to know what was wrong with this book? It's the end of the series. That's what.

And that's basically a travesty.

Oh, also? I didn't want it (this book or this series) to end. That's two things wrong with this book.

So, what did Megan Erickson get right?

The enigmatic, reclusive, scarred hero with the tragic past and the completely emotionally unavailable personality. I mean, that doesn't sound right, but the way Ms. Erickson peeled back his layers and showed us how he came alive again? That was just right.

I have a thing for scarred heroes, and for crabby heroes, and for nerdy heroes, so I mean, basically? Stick a fork in me. I never stood a chance. Ethan was such a beautiful soul, such a wonderfully complicated, broken person. Getting to experience how he responded to Lissa, how he bloomed for her…was some kind of treat.

And Lissa? She's unlike any heroine I've ever read. She's fantastic. She pulls no punches and her mouth is filthy and it's fucking hottttt, y'all. She's fierce and confrontational—but her heart is ginormous, and so is her spirit. I loved her so much and cannot think of a more perfect match for Ethan.

Full of Ms. Erickson's trademark humor, heat, and completely lovable characters, Leveling the Field did not disappoint. It's fan-freaking-tastic—the perfect ending to a nearly perfect nerdgasmic series.
~ Review by Shelly 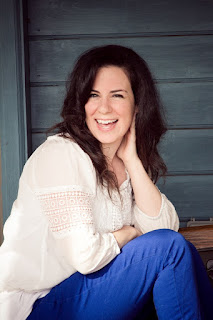