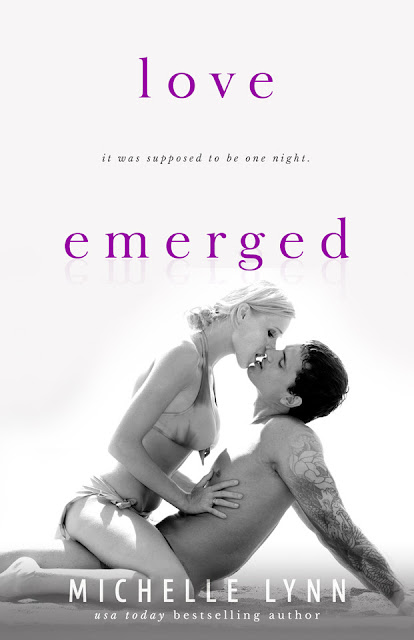 Dylan
Bea Zanders’s interest penetrated me.
I tried to ignore her unwavering eyes and lasting touches.
But my willpower failed me.

Our one-night affair was mutual.
No expectations, no exchanging of phone numbers, nothing.
The next morning, she sauntered out of my life as fast as she had entered it.

Bea
I claimed Dylan McCain as soon as I saw him.
His disheveled dark hair and tattooed arms screamed bad boy.
Finally, I won, and he claimed me in return.

But in the light of day, he changed.
His smile further dented those dreamy dimples.
His panicked green eyes held layers of kindness.
Making sure the rules were clear, I walked away, showing him how little relationships meant to me. 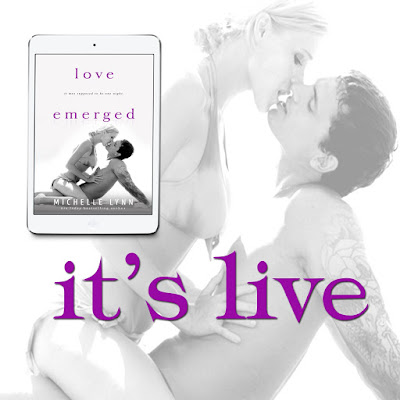 First, let me start by saying, I've been SO ready for this book for months. A year, basically, since Love Surfaced came out, and we met Dylan and Bea for the first time. And it was definitely worth the wait. Because Love Emerged, like the two books before it, wasn't predictable or boring or over the top. It was fun, sexy and heartfelt. It made me smile, swoon, and ache. My heart stopped, dropped, and soared. And when I closed it, that same heart did a little happy dance, because Love Emerged was THAT good.

Second, I should let you all know that Dylan is MINE. I'll fight you for him, because WHOA... I'm here, basically a puddle of melty, swoony goo, because Dylan was divine. Delicious. Devastating. Demanding. (I'm just saying, if he told me to come home, I'd step to, you know?) And he's so freaking adorably sweet and kind and nice, I just...I don't know. Want to steal him away. Don't get me wrong, I'm all for an alpha man—gruff and unapologetic—but there's something about a guy who is soft but not soft, if that makes ANY sense. He wasn't a pushover, but he was good guy, a nice guy and gah, I ADORED him. A. D. O. R. E. D.

Third, let's talk about Bea. Honest (mostly), heart-breaking Bea, who uses her past as an excuse to avoid her future, who was so closed off, I wanted to shake her then hug her. She wasn't perfect—but she was an excellent counterpoint to gentle (but so, so hot) Dylan. I loved the way she pushed back at him, challenged him, wanted him. And when she gave in to his persistence, when she fought her demons, it was all the more rewarding because it was hard earned.

Finally, I want to say a big, huge thank you to Michelle Lynn. This series is a favorite of mine and for good reason. It's chock full of feels; a roller coaster ride on the journey toward three loves that surface, rekindle, emerge, and completely steal my heart. Every. Single. Time. Is it any wonder my heart is dancing?
~ Review by Beth

“I’m unfixable. I’m unable to truly love and trust someone. I tried, Dylan, and it didn’t work.”

—Anyone else ever felt like this? Well, I have and it’s an awful but real-life feeling! Michelle Lynn summed up my life perfectly in this. This right here.

If you’ve read any of the other Love Surfaced books that she’s written, you’ll know that they include elements of real life. I’m a firm believer that life isn’t easy but that if you believe in love, you’ll find it. And Love Emerged helps us to believe it, yet again!

Bea Zander is a hard-core woman. She’s had a past that has shaped her but she’s learned to depend on and take care of herself. She doesn’t do relationships—mostly because she doesn’t know how.

Dylan McCain is smart and funny and good looking. But he’s a relationship guy. He’s kind and thoughtful. He’s not all about one night stands or friends with benefits. He’s the exact opposite of Bea, but he’s so drawn to her he can’t let go. Together, they overcome what they don’t know they need to change.

Love Emerged is a complex story of love and light and what happens when you just let go. Accepting that you can’t change your past but that you can have a better future is so much a part of letting go. Both Bea and Dylan have growing and changing to do, and we see them evolve in the best ways possible.

I’m totally in love with Dylan. He’s the kind of real life guy that I would love to have! No question! <3
~ Review by Heather 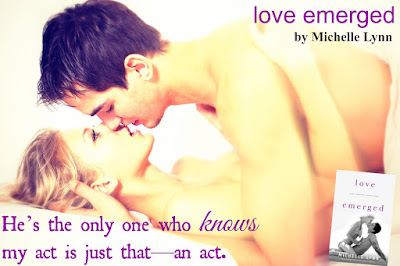 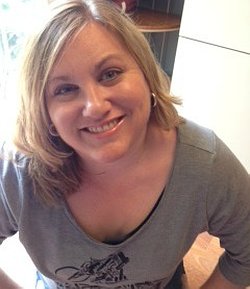 Michelle Lynn is a USA Today Bestselling Author. She moved around the Midwest most of her life, transferring from school to school before settling down in the outskirts of Chicago ten years ago, where she now resides with her husband and two kids. She developed a love of reading at a young age, which helped lay the foundation for her passion to write.

With the encouragement of her family, she finally sat down and wrote one of the many stories that have been floating around in her head. When she isn't reading or writing, she can be found playing with her kids, talking to her mom on the phone, or hanging out with her family and friends. But after chasing around two preschools all day, she always cherishes her relaxation time after putting the kids to bed.