Review ~ The Summer Games: Settling the Score by R.S. Grey 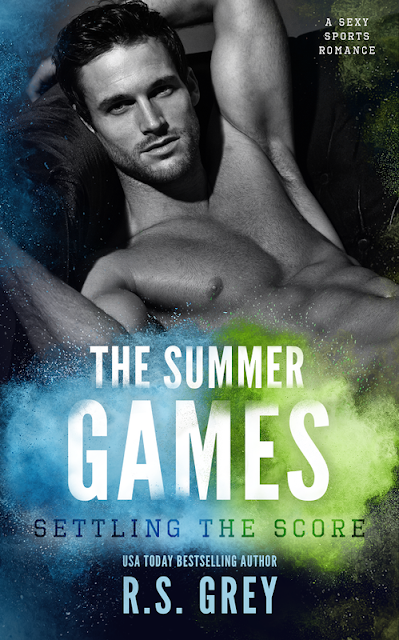 As an Olympic rookie, Andie Foster has spent far more time in her cleats than between the sheets. For 21 years, her Friday nights have consisted of blocking shots rather than taking them. But now that she's landed in Rio, she's ready to see for herself if the rumors about the Olympic Village are true:

• The athletes are all sex-crazed maniacs...
• The committee passes out condoms like candy...
• The games continue long after the medals have been handed out...

As Andie walks the line between rumor and reality, she's forced into the path of Frederick Archibald, a decorated Olympic swimmer and owner of a sexy British accent--too bad he's unavailable in a way that "it's complicated" doesn't even begin to explain.

In other words: off limits.

It doesn't matter that he has abs that could bring peace to the Middle East and a smile that makes even the Queen blush; Andie fully intends on keeping her focus on the soccer field. But the Village is small. Suffocating. Everywhere Andie goes, Freddie happens to be there--shirtless, wet from the pool, and determined to show her a whole new meaning of the phrase "international affairs".

Due to strong language and sexual content, this book is not intended for readers under the age of 18. 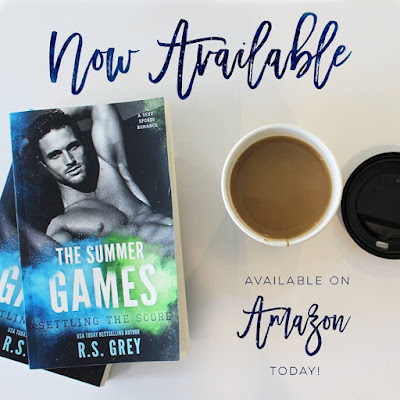 I was (and am) a big fan of R.S. Grey’s Scoring Wilder, so to be able to head back to the soccer field with her was rather exciting for me. I was really looking forward to Settling the Score—to the entire Summer Games series, in fact—and although it wasn’t as wonderful as I hoped, I’m pleased to say that I closed this book with a smile on my face.

It would be easy for me to tell you I liked this book and then move on, but the fact is, I really struggled with it in the early stages. With a slow beginning, and humor that didn’t feel as natural as Ms. Grey’s typical laugh-out-loud funnies, there were moments, I won’t lie, when I thought I may not be able to finish this book. However, I pressed on—determined to see it through, if only because I’ve have loved everything else of this author’s which I have previously read. And there were glimpses of her usual brilliance, which I hoped would be built upon.

Which they were. As the story progressed, the characters that had previously felt a touch one-dimensional became fleshed-out, likeable, lovable people; people I wanted to root for, wanted to see overcome the obstacles and make their way to happily ever after. Moreover, the story began moving at a faster pace, and despite some timeline concerns (which may be the result of reading an ARC, and not the final version, so I cannot—and should not—judge it too harshly on that front), I found myself very, very interested to see how Settling the Score would play out.

And it played out in a manner that was both satisfying and light, and even a little twisty. The last quarter of the book marked a return to Ms. Grey’s fabulous humor (oh, Georgie, you were my favorite thing about this whole book), and the romance between Freddie and Andie was the stuff that soft-hearted love-lovers would…err, well, LOVE.

So, despite some early misgivings, I’m glad I pushed on and put my faith in this author to take me there. You know what I mean, right? That heady, giddy, swoony space that a well-ended love story can take you to? Because she did. Settling the Score wasn’t perfect—far from—but it was a good, solid foundation for a new series, and I’m already anticipating the second book as much as I am anticipating the actual Olympics… I’ll happily make do with more from R.S. Grey until then.
~ Review by Beth 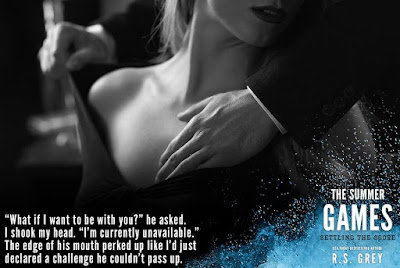 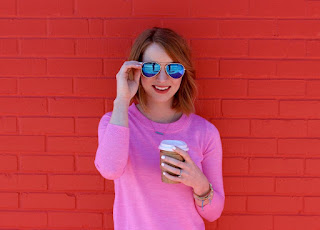 I am a lover of books, chocolate, reality TV, black labs, and cold weather. Seriously, if I had it my way, I would be curled up on the couch with all of those things... everyday.

I live in Texas where I spend my free time writing and reading. My favorite authors include Mindy Kaling & Jonathan Safran Foer. I'm a comedy geek and love all things "funny". Women like Tina Fey, Amy Poehler, and Mindy Kaling are definitely the biggest inspirations for my writing, though I think my work tends to skew a bit smuttier than theirs. 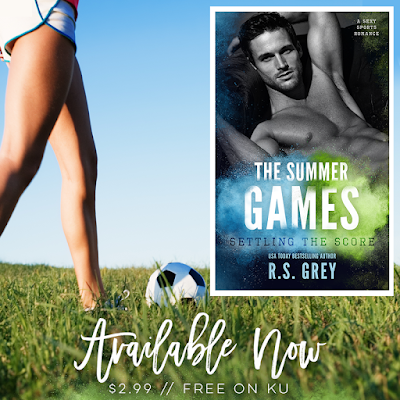