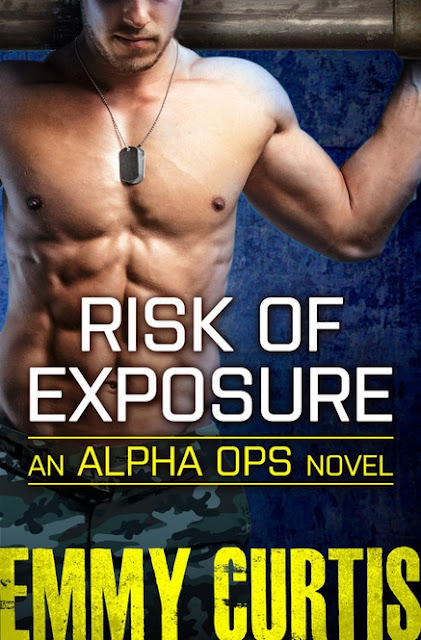 He is a trained professional—but nothing can prepare him for the hottest mission of his life. Assigned to protect his boss’s daughter, British former SAS operative Malone Garrett breaks the first rule of covert surveillance—don’t make contact. And especially don’t take your mark out to dinner, then agree to a rooftop quickie. But now that Mal has Abby in his arms, he has no intention of ever letting her go.

Abby Baston told herself it was a hit and quit, a one-nighter with a hot, handsome stranger whose hands were trained to take action. Working undercover for the CIA, she can’t risk anything more. But when an international crisis ignites, Abby must make a call: trust Mal with her secret—and her heart—and partner up, or lose everything in a split second . . .

Suspense with an abundance of laughter…

I expected some suspense, a bit of love and a whole lot of tension, but what I didn’t anticipate was the humor that colored this quick but oh, so satisfying read.

Malone Garrett was stuck babysitting the most boring person in the world. Abby Baston, on the other hand, was withering under an unexpected assignment that had her starving for, well, companionship. Secrets are the name of the game but, despite that, their first date was one I laughed through and enjoyed, much like the rest of the story. Getting naked in the frozen world of Eastern Europe sparked heat that was instant and ice-meltingly hot.

Abby is in turn a well-trained operative, a sexy seductress and a child-loving caregiver. She is analytical but at the same time, her heart is wide and unexpectedly open to the stranger she lends a helping hand to. Malone’s humour is as dry as the freezing air but he is also a smart man who realizes that rules may need to be bent when his heart is on the line…

As they realize both are more than they appear to be, the attraction they feel suddenly gains a new intensity. Abby and Malone circle around each other but, as they rely on each other to face a common foe they will have to trust each other more than they’ve trusted anyone. How that comes to pass is a treat for the funny bone and the heart…

Grab a hot toddy and a warm blanket to enjoy this fun, emotional, frozen frolic.
~ Review by Diane

Emmy Curtis is an editor and a romance writer. An ex-pat Brit, she quells her homesickness with Cadbury Flakes and Fray Bentos pies. She's lived in London, Paris and New York, and has settled for the time being, in North Carolina. When not writing, Emmy loves to travel with her military husband and take long walks with their Lab. All things considered, her life is chock full of hoot, just a little bit of nanny. And if you get that reference...well, she already considers you kin.

Posted by Beth Cranford at 3:53 pm