Release Blitz - What the Sea Wants by Karin Cox 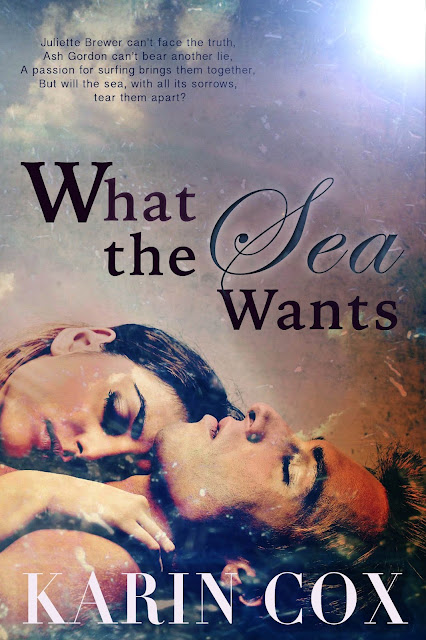 When Ash Gordon lost his life, Juliette Brewer lost herself.
But when reality is as fickle as the tides, not all who are missing are lost.

“There’s something about me you need to know—something I’m not sure I can tell you.”

Juliette Brewer has always been different. From the age of four, she’s endured frequent premonitions of tragedy, but the one thing she never saw coming was the thing that would send her under. When she catches the ocean-coloured eyes of surf-lifesaving heartthrob Ash Gordon, Juliette’s life changes for the better … until a tragic accident destroys their dreams. Everyone else has given up, moved on, and put Ash's loss behind them, but Juliette can’t—and perhaps she shouldn’t. Not all who are missing are lost, but if she refuses to accept reality, will the sea claim her sanity as well as her lover’s life? 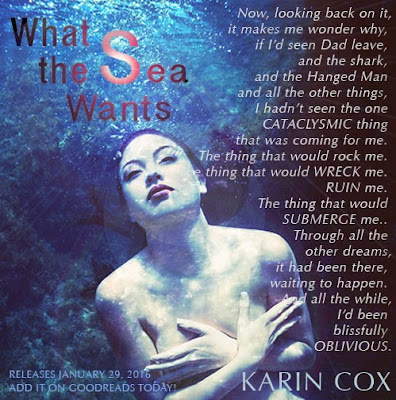 99c for release day only 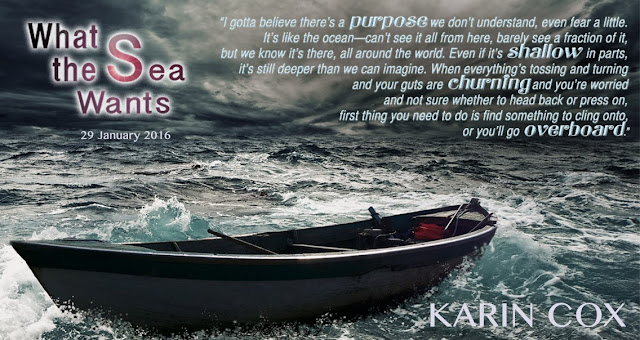 Moonlight made dark mirrors of his eyes as he stared at me. “For how long?” he asked, his voice dark and low, rasping.

I tossed my head. “What’s that supposed to mean?”

“It means for how long?” He sighed and rocked back, pointing to the heavens. “See all those stars up there, Juls?”

I followed his gaze up to where the Milky Way resembled a fat seam of smoke in the sky. “They’re magical.”

“They’re dead.” He corrected me. “At least some of them are. Light years ago. Now they’re nothing. Nothing but light.”

It was true, of course—sad but true—and all of a sudden I felt the night’s chill again.

“It doesn’t matter how much we love their shine, or how much we need their heat,” he went on. “One day they’ll all wink out. They’ll all be forgotten.” Ash’s large, square hand, rough with callouses from rubbing wax on his board, slid over mine. “Maybe our Sun will have stopped shining by then, too. Maybe it’ll be cold and we’ll all be gone and there’ll be no one left to remember them, no one left to remember us.” His expression was pensive, dark brows drawn. “But some things get remembered—that’s what I believe.”

Turning my hand palm up, he traced the constellation of whorls and grooves. Life-line, head-line, heart-line, mount of Venus, all the while watching the stars.

“Is that why you write songs,” I asked. “So you get remembered?”

He shook his head. “No. I write them to remember. Love gets remembered, that’s what I think.” His tone had grown warm again, his lips gentle as he bent to kiss each of my fingertips. 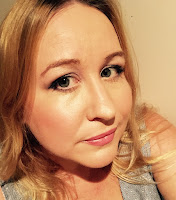 KARIN COX is an Australian author who writes in her “spare time” while being a fulltime mum to a precocious daughter and a black cat with the improbable name of "Ping Pong." She is the author of more than 50 trade-published titles, including children’s and adult fiction, biographies and travel guides, and Australian natural and social history texts, several of which are award-winning. Being so busy hopping from one genre to another, she runs almost wholly on white wine and insomnia, which could account for the cray-cray, but probably doesn’t.

Her poems and short stories have been published in anthologies worldwide, and her novels and anthologies GROWTH, CAGE LIFE, CROWS AND OTHER BEASTS, CRUXIM, CRECHE, CREED, DARK GUARDIANS and WHAT THE SEA WANTS are available from all good online distributors and bookstores. Titles in Karin’s bestselling DARK GUARDIANS trilogy have several times topped best-seller charts for gothic romance and dark fantasy. 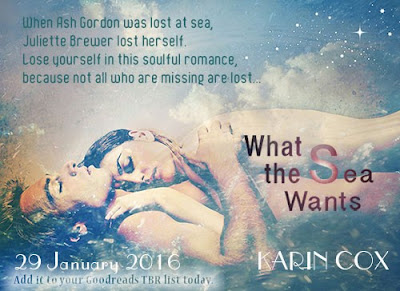 Giveaway
a Rafflecopter giveaway
Posted by Give Me Books at 12:33 pm