Review - Now and Then by Mira Lyn Kelly 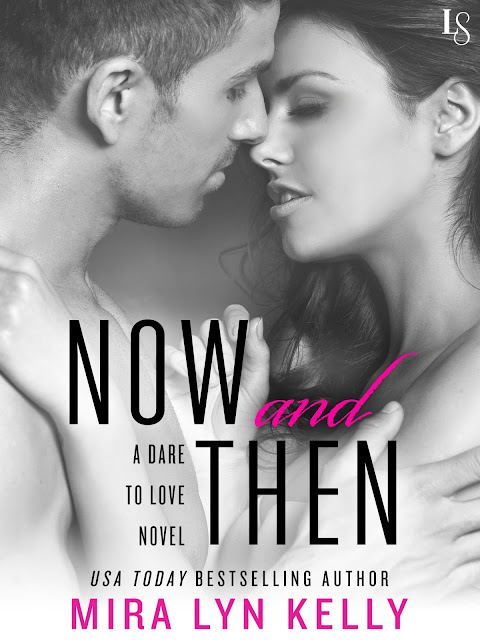 Brynn Ahearn is gorgeous, fun, and not just a sports nut but an NBA camera woman whose work takes her all over the country. In other words, she’s a walking male fantasy—or at least, she would be if she weren’t so busy keeping the guys at bay. The fact is, with Brynn’s con-man father fresh out of jail and back in her life, dating is just too risky. Haunted by memories of her past, she couldn’t ask any man to gamble with his life for love—even one as addictive as Ford Meyers.

Ford can’t believe his luck when he walks into a bar in Chicago’s Wicker Park and gets an eyeful of Brynn, the one that got away. After the gorgeous redhead blew him off in college, Ford got on with his life and made his fortune as a bestselling game designer, but he’s never found a woman who compared to Brynn. No stranger to success, Ford is used to getting what he wants—and after a scorching stolen kiss, what he wants is a second shot with his first love. To get it, he just has to convince her that he’s man enough to take on the past she can’t leave behind. 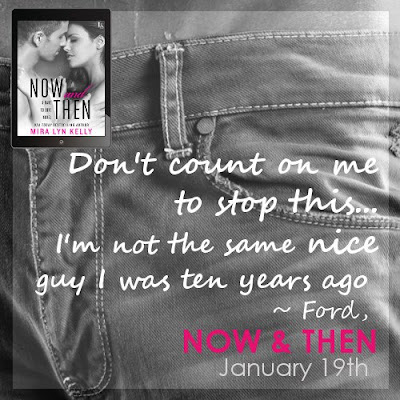 I've got that adorable, mushy feeling inside now that I am finished with Now and Then, because damn, that epilogue was just…the best. And the rest of the book? Pretty awesome, too.

When Ford Meyers sees Brynn Ahearn for the first time since she broke his heart a decade earlier, and experiences her explosive kiss, he knows what he wants—his second chance to make sure the one that got away doesn't get away again.

But Brynn’s reasons for leaving the first time still exist, and she's determined not to let her problems taint Ford’s life. She loves him too much for that. Only, Ford’s not about to give up now. Not like he did then…and when he finds out what's holding her back, he's going to do whatever it takes to help her—and free up her heart.

Oh, Ford. He's the epitome of swoony romantic lead. Strong, sure and true—and forgiving of Brynn’s mistakes from their first fall into love. I adored that about him; that he reasoned that they were young, and that it was in the past. It was so wonderful to see a man not bogged down by the then, and to see him try to work with Brynn now to get what he wanted… HER. He might have been a nice guy, but he was a nice guy with edge—he used that to his advantage—and that just made his pursuit all the more dreamy.

Brynn was an interesting character, and I could totally empathize with her situation. I didn't hate the way she was written—as misguided as she may have been, her problems were big enough to make her decisions feel suitably justified—although at times I found myself frustrated with her choices. Because they were wrong. Umm, hello, FORD!! Her career as an NBA camerawoman was charming and a little different, and I enjoyed that she didn't feel overly cliché or over the top. She felt real, and that worked for me.

In fact, the entirety of this book worked for me. It was good. Like, warm milk and cookies good. Comforting, enjoyable, something you'd happily have more of. There were great moments of communication—and bad ones, which totally worked for Ford and Brynn. There was good flow, smart plot choices and plenty of steamy, sexy times. All in all, it was a fantastic, easy to enjoy read.

But the best, most fantastic thing of all was the sweet, endearing, happy ending. This book is the last in this series—I've read the second, not the first, so I can vouch that they can be read standalone—and as such, there were lasting moments with the previous characters, which made the finale all the more special. I smiled and chuckled through the whole thing, and it was the absolute highlight. Hence, that mushy feeling I have inside…
~ Review by Beth

Now. Then.
Before. After.
Second chance romance.

Hot, hot, hot with a wicked gamer's mind. That’s who Ford Meyers is.

But Brynn's in love with Fred Mason...

And shock is what they both feel when their pasts come colliding in a bar in Wicker Park.

I’m a total sucker for second chance romance. There is nothing like the one who got away returning for more and the chance of a happily ever after. In this case, Brynn is packing some serious history and past regrets. But when her past comes calling AGAIN, how will she react?

Ford decided at first glance he isn’t letting Brynn get away again… no chance, no how. She’s his for the taking. They have great chemistry and fun. Plus, let’s not forget Ava, who almost steals the show a couple of times. Ford is a computer nerd at heart (at least in my mind), and this makes him analytical and smart when it comes to breaking down problems. This is quite helpful when Brynn has huge ones that she tries to run from.

I enjoyed Now and Then. I laughed, had some great feels and ultimately, just wanted more! A super fun and quick read!!
~ Review by Heather 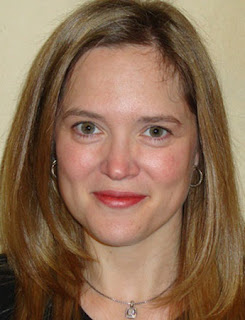 USA Today bestselling author Mira Lyn Kelly grew up in the Chicago area and earned her degree in Fine Arts from Loyola University. She met the love of her life while studying abroad in Rome, Italy, only to discover he’d been living right around the corner from her back home. Having spent her twenties working and playing in the Windy City, she’s now settled with her husband in rural Minnesota, where their four beautiful children provide an excess of action and entertainment. When she isn’t reading, writing, or running to keep up with the kids, she loves watching movies, blabbing with the girls, and cooking with her husband and friends.