Review - Outside the Lines by Lisa Desrochers 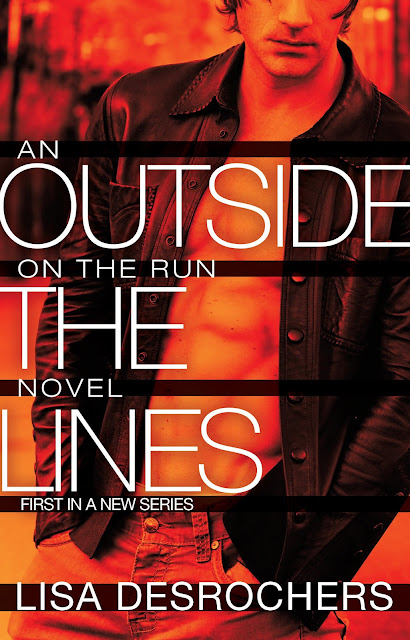 The first in an edgy new contemporary romance series that follows a family on the run, from the author of the USA Today bestselling A Little Too Far series...

As the oldest son of a Chicago crime lord, Robert Delgado always knew how dangerous life could be. With his mother dead and his father in prison, he’s taking charge of his family’s safety—putting himself and his siblings in witness protection to hide out in a backwater Florida town.

Fourth grade teacher Adri Wilson is worried about the new boy in her class. Sherm is quiet and evasive, especially when he’s around his even cagier older brother. Adri can’t help her attraction to Rob, or the urge to help them both in whatever way she can.

But the Delgados have enemies on two sides of the mob—their father’s former crew and the rival family he helped take down. It’s only a matter of time before someone finds them. And if Rob isn’t careful, Adri could end up in the crossfire...

Includes an exclusive preview of the next On the Run novel, Over the Line. 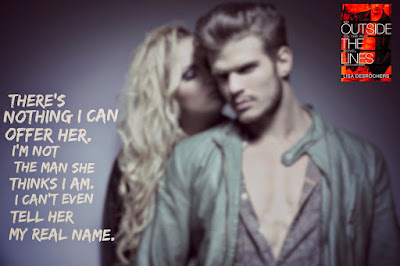 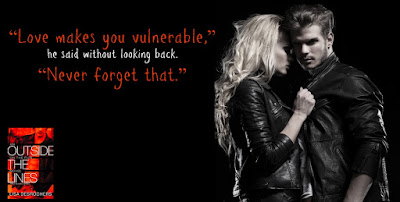 Mafia books are my kryptonite. If there is even an undertone of racketeering, money laundering, down and dirty antics—or anything related to quintessential mafia businesses—I’m in. ALL IN! So, when I read the blurb for Outside the Lines, I was intrigued.

Outside the Lines is about a family who enters the witness protection program to save themselves… but it’s not a mother-father family, it’s a family of siblings. Rob is the oldest, and Sherman is the baby. Such a squirt that he’s in grade school. His teacher, Adri Wilson, worries about Sherm. He doesn’t talk, he’s quiet, reserved and gets beat up by the class bully often. But more than that, she’s attracted to the mysterious Rob and isn’t sure what to do.

The family is on the run from more than just their past. They aren’t sure who they are running from in the mob. Friend or foe?

The picture painted in my mind of Rob is an attractive playboy who’s used to doing what he wants. He plays fast and hard, enjoys any type of woman he wants at any time and when it comes to a life of crime… well, that’s all he knows. Until his life is upended and he’s sent to backwater Florida if he wants to stay safe. Now life as he’s always know it is over. But he’s attracted to Sherm’s teacher even after telling the older siblings to stay away from the locals. Hypocrite? Absolutely. But love knows no boundaries.

I liked the pace of the book and wanted to know more about the characters… But I was left with a giant WTF at the end. I wasn’t sure what happened. Cliffhanger, YES! It seemed abrupt and almost in the middle of the scene for me. I need to know more about Lee! I feel like she has so much to tell us that was left unsaid and hidden in Outside the Lines and I’m quite sad it wasn’t dangled in front of us to keep the interest flowing…

Will I read book two? Yes. Mostly because I need to know what happens… Even as I feel lost and unsure after that read, I still need more. I need to know so many things, so I’m ready to fight through to decide if I’m right in all things Delgado Family!!
~ Review by Heather 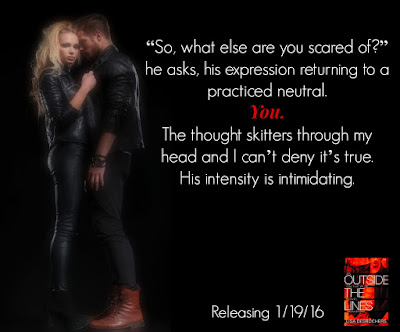 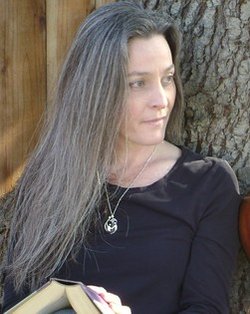 Lisa Desrochers is the USA Today bestselling author of the upcoming On the Run series courtesy of Penguin, the A Little Too Far series (HarperCollins), and the Personal Demons trilogy (Macmillan). If you like smokin' hot mafiosi and a little bit of suspense, look for OUTSIDE THE LINES, coming January 19, 2016.

Lisa lives in northern California with her husband, two very busy daughters, and Shini the tarantula. When she's not writing, she's reading, and she adores stories that take her to new places, and then take her by surprise.

Email ThisBlogThis!Share to TwitterShare to FacebookShare to Pinterest
Labels: 4 stars, Lisa Desrochers, On the Run series, Outside the Lines, Review