Review - A Love to Last by Kelsey Browning 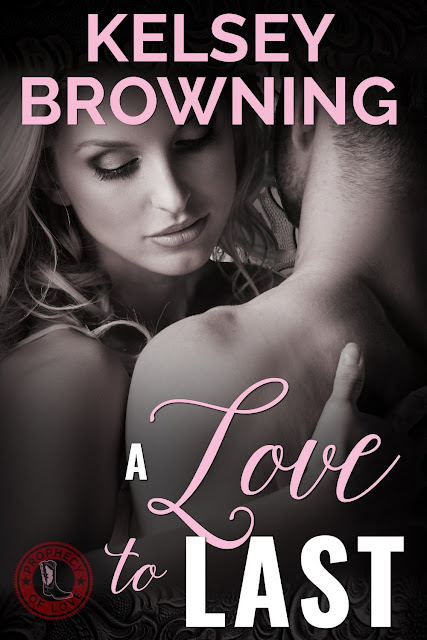 From Kelsey Browning comes a new Texas-set contemporary romance series about the powerful draw of hometowns, the artistry of cowboy boots, and the temptation to rekindle lost love.

Her boots were made for walking…

Drifter Delaney Shields plans to breeze through Prophecy, Texas, before setting off on an around-the-world trip of a lifetime. She never expects to see sexy-as-sin Cal Maddox, the man she ran out on a decade ago. One look between them and their past attraction reignites, flaming hotter than ever. But acting on it would be disastrous because she’s not the sticking kind, and Cal has roots a mile deep.

Cal Maddox left the military only to find the health of his dad and his hometown both failing. When Delaney walks into his father’s custom boot shop, she spurs emotional memories and sexual fantasies Cal has no business indulging in. Especially once he realizes that she’s the next Prophecy bootmaker, the only person who can design custom cowboy boots with the power to change a person’s destiny. But if fanning those old flames will keep her in Prophecy, he’s willing to take the heat, even if it means keeping secrets and risking his heart again.

Duty and desire throw Cal and Delaney together, but will their feelings be strong enough to forge a new bond? Or will they destroy their second chance at love? 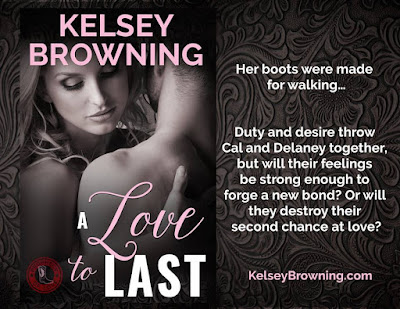 Delaney Shields left Prophecy, TX in the rearview mirror ages ago. She'd like to leave it there, but a niggling feeling in the back of her head has her stopping in to check on a near and dear family friend. She's only planning to stay the night. She's not interested in laying down roots, not interested in being the next prophesied boot-maker, and she most definitely is not interested in falling in love.

Cal Maddox is no happier to see Delaney back in town than she is to be there. She broke his heart when she took off like a bat out of hell years ago. He's as surprised as anyone when his dad names her as the new prophesied boot-maker. He's not sure that he's willing to let her back into his heart, but he is sure that he needs her to stick around to carry on the legacy. The longer Delaney stays, the more his heart opens to her and eventually it's not just the town Cal's interested in saving—it's his own heart.

This was a slow burning love story. It took me a long time to warm up to it, and an even longer time to connect with Delaney's character. Delaney was flighty and...cool. It was hard for me to get attached to someone who refused to attach herself to anyone or anything, and it wasn't until I was pretty deep into this book that I began to understand where she was coming from. I feel like I would have benefitted with some more background on Cal and Delaney's love story because it was hard for me to feel invested in their relationship when for the vast majority of the story—the focus was on the boot-making.

That said, the Prophecy boot-maker story was an interesting one. A lot of the heart in this book came from that storyline. Once Delaney began embracing her gift, things started to get really interesting. I enjoyed learning about the boot-making lore and Delaney’s experience with it—and how it tied her to Cal’s family.

In all, this book was an unexpected charmer. There were several laugh-out-loud moments for me and a surprising amount of emotion packed into the secondary character relationships. Once the embers caught flame on the love story, it was easier for me to buy into it and the whole thing was very sweet. By the time I turned that last page, my heart felt fully satisfied. It was the perfect ending for Delaney and Cal—and for Prophecy.

If you're looking for a sweet and charming second chance romance—with just a smidge of magic—you will not be disappointed.
~ Review by Shelly 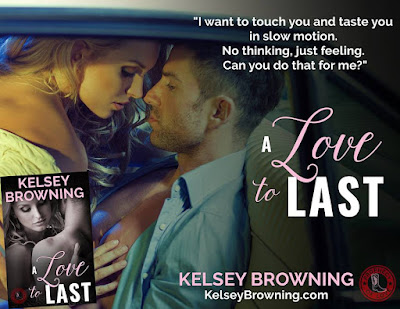 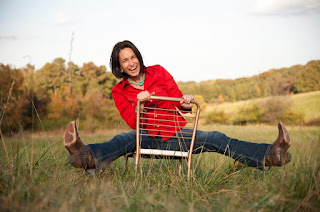 Kelsey Browning writes sexy contemporary romances that readers describe as funny, sassy, and full of sizzling chemistry. She also co-authors humorous Southern women’s fiction with a sprinkling of mystery. Originally from a Texas town smaller than the ones she writes about, Kelsey has also lived in the Middle East and Los Angeles, proving she’s either adventurous or downright nuts. These days, she makes her home in Athens, Georgia, with her tech-savvy husband, her smart-talking son, a rescue dog from Qatar, and her (fingers crossed) future therapy pup.