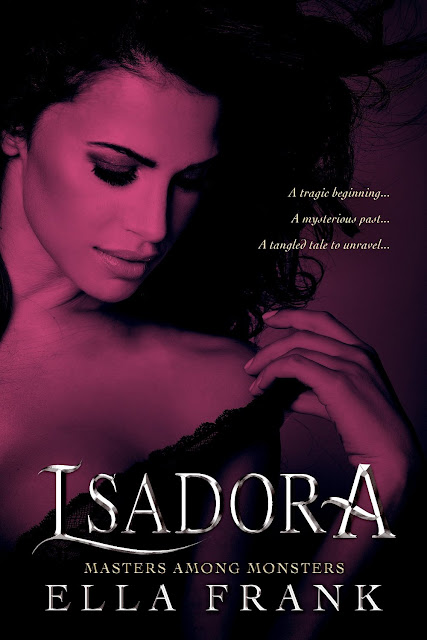 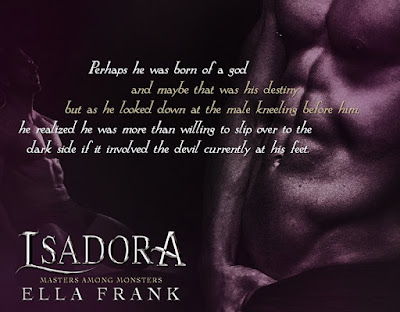 Isadora Nikitas understands what it means to be betrayed. That lesson was taught to her in the prime of her life, and when she is offered a chance to exact revenge, she finds it difficult to refuse.

Instead, she entrusts her survival to a mysterious vampire known only as Diomêdês, a male who wants nothing in return but to watch over her—in every way imaginable.

Gifted with speed, strength, and immortality, she determines that her life will no longer be governed by the needs and wants of a mere man. She has cowered for the last time, and with her Ancient by her side, she thrives and blossoms into the most formidable female vampire in existence.

But, once upon a time, like all little girls, Isadora believed in love. She believed it because she once had it. So, when it comes along a second time, she knows that it’s possible—but when you love someone, they become your weakness. Unless, in fact, they become your enemy instead…

Fulfilling your life’s prophecy should be empowering. At least, that’s what Elias Fontana always believed. But, as he stands guard over the beautiful vampire he’s taken hostage, his convictions start to crumble. Made to believe by his creators that he and two others have been designed to destroy a dangerous race, he has difficulty connecting his current reality to the woman he once loved.

A TANGLED TALE TO UNRAVEL…

When friends become enemies and enemies become lovers, who can you trust in the webs of lies and despair? And, when your life is at stake and blood has been shed, how much are you willing to sacrifice to fulfill your destiny? 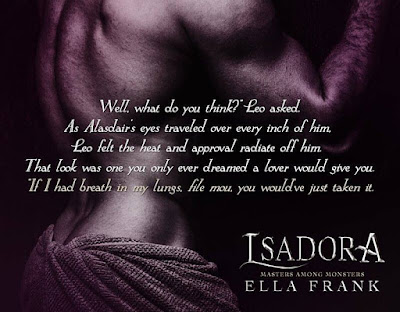 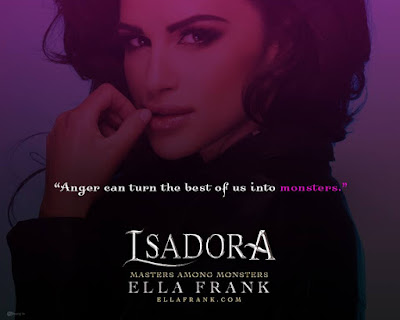 Oh, my god. OMG. Oh. My. God. I don't know what else to say, except those three words over and over and over. I've just now finished the incomparable Isadora, and I am crazy for this book. I binge read the entire thing today, and so many—so very, very many—times, I thought I didn't want it to end. I thought I loved the titular vampire and her passionate, interesting, compelling sire, Diomêdês. I thought that if I could read nothing but these characters ever again, I'd still be a very happy reader.

That's how much I loved this book. I might be destroyed for all others. And honestly, I have zero fucks to give about that.

Oh, Isadora. What can I say about this captivating vampire? She is nothing like I’d have imagined, and her passion, her love, her flame was just…gah, I don't have the words. I think my heart broke for her, just as it pounded and soared and swooned for the connection she shared with her sire, and with Elias. The moments between Isadora and those she loves/d were emotional in a way I wasn't expecting, and her conflict over who she loved and what that meant, not just for her but for those around her, got me. Right in the feels. I won't admit to crying, but I will admit to getting damn close. More than once.

But it's not just about Isadora. No, her book is also a showcase for Diomêdês, an Ancient vampire, and a man I want to call my own. Like his Isadora, I am gone for him—and I have no shame in admitting it. While the scorching Vasilios and his first-sired, Alasdair turned me on in the first Masters Among Monsters book, their cold, cruel natures made loving them not as easy (although I still did. Did I mention no shame?) Diomêdês, on the other hand, was easy to love. Easy to root for. Easy to want to know any-and-every thing about.

Isadora is the second book in this series, and as such, it picks up where the cliffhanger ending of Alasdair stranded us. It also leaves us with another cliffy moment—one that has me first in line to get my hands on Thanos, because the dynamics between the broken vampire and his Ancient, Eton, has me fascinated, enchanted and intrigued. I love how Ella Frank has taken the traditional sire/vampire relationship with these three and given each one its own twist, its own personality, its own dynamic. Like she did in book one, Ms. Frank has given the age-old vampire story a modern, unique spin and made it her own. And in the process, completely wowed me with it.

And to think, she did that while still making Isadora the kind of dirty sexy that makes your thighs press together and your face heat. With steamy hot moments between Alasdair, Leo and Vasilios, as well as sexy times spent with Isa and her loves, this book was, for me, a one-way ticket to a cold shower and the store for new stock of batteries.

Or maybe I should just say what's still cycling through my mind. Oh. My. God.
~ Review by Beth

Isadora Nikitas is one complex vampire. She’s known love and betrayal, but that doesn’t stop her from loving again. Yes, even vampires feel love if they allow themselves. Isadora has loved three people—including her Ancient, Diomêdês and the man who she now sees as her enemy, Elias Fontana.

Elias’ life prophecy is to destroy the vampires, but as he quickly realizes with his capture of Isadora, there’s a fine line between love and hate. A line both Elias and Isadora are crossing. Because sometimes love is more powerful than anything else.

I’m having difficulty articulating just how much I loved this book. Between the relationship Isadora shares with Diomêdês—a love so pure and trusting—and her love for Elias, Isadora is conflicted. And so is Elias. He’s supposed to be killing her, not loving her! And then there’s Leo, Alasdair and Vasilios. They’re creating a powerful bond, too. I love the interaction between Alasdair and Vasilios, and their shared love and opening of their hearts to Leo.

Yeah, yeah, vampires don’t have hearts, but damn, they have deeply buried feelings. I love Isadora and Alasdair’s uncertainties in their relationships with their Ancients as Leo and Elias are introduced. Add in Thanos and Eton’s relationship, bringing Paris into the mix, I’m torn as to which one of these amazing vampires is my favorite.
~ Review by Missy 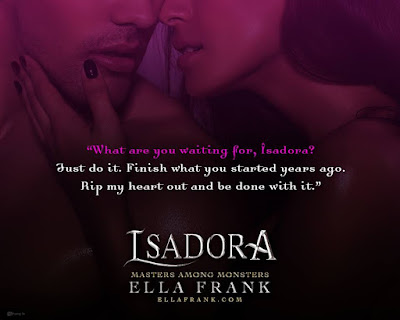 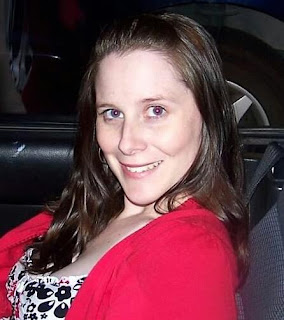