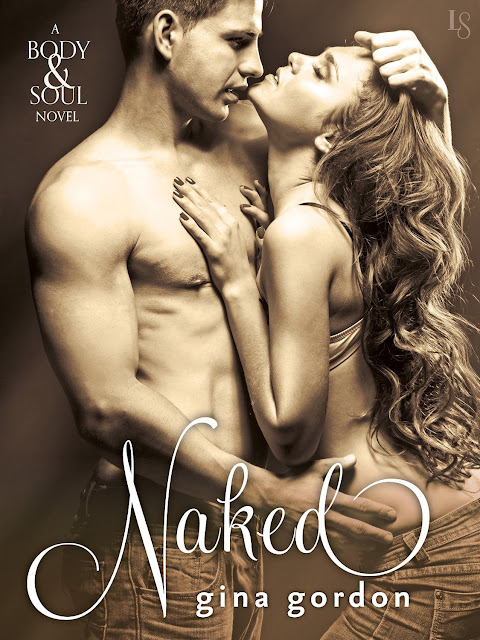 The deeply sensual Body & Soul series kicks off with “a fun, sexy emotional read” (Lisa Renee Jones), as one woman discovers the courage to face life’s greatest challenges—and explore her connection with a handsome neighbor.

Violet Walker has been hiding. Withdrawn after a terrible car accident, she is worried about going back to her high-pressure job, where she’s expected to project confidence and sleek refinement. Allowing herself a distraction, she’s been watching her sexy neighbor work on his house. But when the shirtless, grinning hunk catches her in the act, Violet is struck by the unmistakable jolt of physical chemistry, a sensation that’s both thrilling and terrifying.

Noah Young is used to moving from one construction job to another, never laying a firm foundation. The same goes for the women in his life—until Violet changes all that. His beautiful voyeur embraces his rough edges and shows him a hint of real love. But even Noah can tell that she’s holding back, hiding her body and her heart from what they both truly want. If only he could get a little help convincing Violet to see herself as he sees her: perfect in every way. 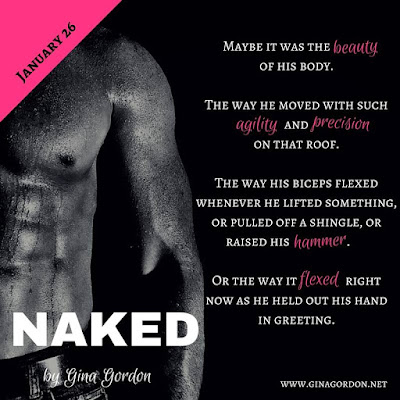 The emotion just sneaks up on you….

Violet Walker and Noah Young are struggling with problems and decisions that are going to affect the rest of their lives. Little did they know their physical attraction would lead to something so deep and powerful…

Violet has not had a good year. She is recovering from a devastating car accident that affected her physically and emotionally. Her confidence shaken to its core, she’s working to rebuild who she once was while making plans for her future. Little did she know that the incredibly hot and sexy Noah was going to become part of those dreams. So much for keeping things hot and light...

Noah loves working in construction and is struggling with decisions about his own hopes for his career and those he feels are expected of him. Hooking up with the mysterious, beautiful Violet is a welcome distraction. Their encounters are beyond hot. What these two get up to and where will have you reading with the fan set to high. His growing feelings for her battles against the defenses she has put between herself and the rest of the world. He is, however, more than happy to chip away at that armor, one kiss at a time…

“She was hiding something, and history had taught him that nothing good could come from a woman with secrets.”

Secrets. I agree wholeheartedly with Noah, secrets cause so many problems and heartache. Like a fortune teller, it’s like he predicted the future. Luckily, as a reader, I was privy to them all, though I’m not sure if that made it easier or harder to see the struggles they went through. I wanted to shake both of them, gently of course, and sit them down for a good, long fireside chat. I had to get past all that but once I did the emotional story really opened up for me. Violet was hurting and so alone in her agony. It hurt to see, to feel, the pain she was in. My admiration for her grew; watching her slowly open up to her friends and family—even strangers—to emerge stronger than ever.

The final scenes had my heart aching and cheering at the same time as everything finally came together in an ending that felt so right. The first in a new series, I’m looking forward to learning more about these quirky, interesting characters…
~ Review by Diane

Violet Walker has been in hiding. Technically, I suppose, she’s been working on her first big project as CEO of her family company, but the reality is that, after a devastating car accident, she’s holed up in a small suburban town to hide. In the meantime, though hidden from the rest of the world, she’s desperately trying to find herself. The accident stripped her of everything she thought she was, and the person she thought she was meant to be. While she comes to terms with the person she actually is, she spends her days ogling the sexy neighbor.

When Noah Young weasels a dinner invitation out of the gorgeous new neighbor who has been spying on him from across the street, he thinks he’s found the answers to his problem. He’s lonely. He’s not interested in a lasting commitment. He doesn’t plan to stick around long enough for that—but he can’t deny his attraction to the sexy minx who is equally excited to explore a physical relationship with him.

It doesn’t take long before the sexual attraction morphs into something deeper, and the secrets that were never supposed to be a big deal are suddenly lurking out there like a giant bulldozer waiting to tear this delicate new relationship apart. These feelings will either destroy or heal, but the path to either result isn’t an easy one.

I overall really enjoyed this book, but I wasn’t always sure what to make of Violet. I didn’t always understand where her insecurities were coming from—she played both sides of a coin, and after a while, it became kind of tiresome. There was a theme here that was kind of beaten to death for me, and I kept waiting for Violet to put her big girl panties on and deal with the hand she’d been dealt.

I loved Noah almost immediately—flirty and incorrigible with that hot as hell dirty mouth, it was impossible for me not to love him. I loved his devotion to his family and friends, and how patient he was with Violet. He’s dealing with some insecurities of his own, but he’s mostly got them sorted out. He’s not afraid to take the fall again, even if he knows the impact might kill him.

Together, they’re scorching hot. Whatever they lack in communication, in honesty, they make up for in physical chemistry tenfold. This was one of those books that was uncomfortable for me to read in public because of all the squirmy, breathless feels it kept doling out. There was a sweetness to Violet and Noah that made their heartbreak that much more emotional. I was rooting for them even as I wanted to knock some sense into them.

One of my favorite things in this book was the enormous amount of charm Ms. Gordon gave her side characters. They were all so fun and funny—adding a tremendous amount of depth to the story. However, my very favorite person in this whole book was Harper. I’d read a Harper book in a heartbeat because that girl was a trip. I adored her. I wish I was her or, at the very least, had a friend like her. She singlehandedly took this story to the next level for me.

In the end, it was the last quarter of the book that gripped me most intensely, and it was really a delight to watch Violet come into her own. It was an emotional journey and—despite how frequently I was frustrated with her over the course of the book—I was so proud of Violet. Despite a few bumps in the road, there was a lot to love about this book. It’s a sweet, sexy love story wrapped around a story about learning to love yourself. Definitely worth checking out.
~ Review by Shelly 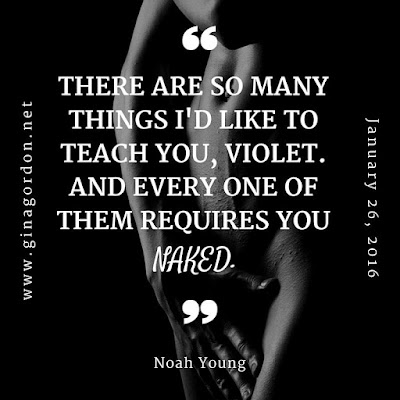 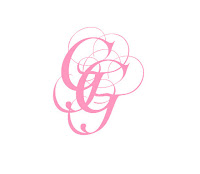 When her dream of becoming a mafia princess didn't pan out, Gina Gordon went after her second dream...becoming a writer. And she hasn't looked back.

When not chained to her computer, you can find Gina sipping Starbucks, making cupcakes or feeding her addiction to celebrity gossip. She lives in Milton, Ontario with her husband and lovable dog.