Review - Loud is How I Love You by Mercy Brown 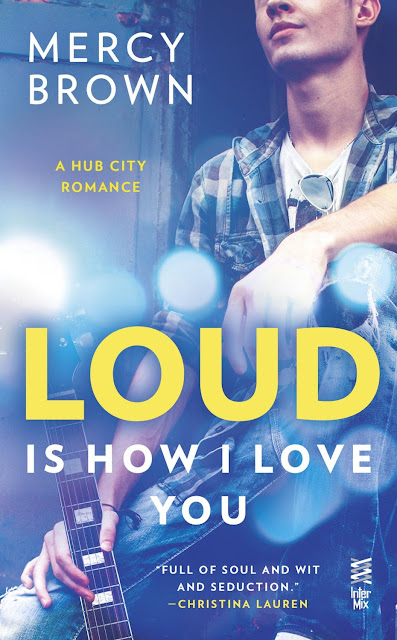 One girl’s heart gets rocked to the core in the first novel in this sexy New Adult series.

Twenty-one-year-old front girl Emmylou knows that getting her band noticed in the ‘90s indie rock scene will be no easy task. She definitely knows better than to break the number one rule of the band: Don't sleep with your bandmates! But after she ends up having the best sex of her life with her guitarist, Travis, she finds following that rule is a lot harder than it sounds.

When the band gets the gig of their dreams, making it big seems just within reach. But Emmy’s inability to keep her hands off Travis threatens everything they’ve worked for. Can Emmy find a way to break the rules and not blow the chance of a lifetime? 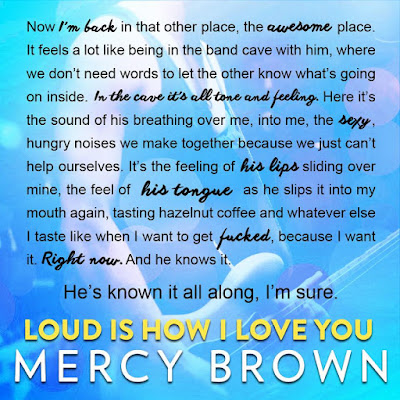 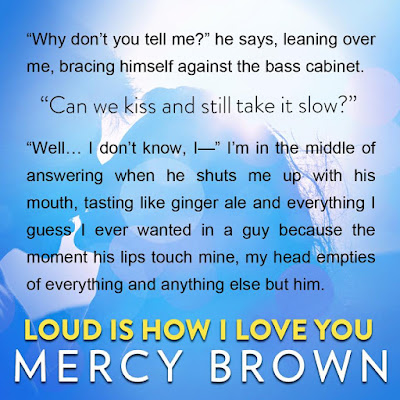 Emmylou knows that the #1 rule of a successful band is: Don’t sleep with your bandmates.

So, when she wakes up after a night of the best sex she’s ever had with her guitarist—and best friend—she freaks out a bit. But what freaks her out even more is that she doesn’t want to stop, it feels right to be with Travis. But what can that mean for the band she’s worked so hard and spent so long pushing towards a big break?

Full disclosure: I started this book on the heels of one of those books that (temporarily) ruins you for all other books. So I went in skeptical. And when I first started reading, I felt my eyes start rolling as I thought to myself, “Oh, great—one of these types of heroines.” Because Emmy was frustrating and indecisive and single-minded and all these things that I knew I would struggle with.

But I was wrong.

I mean, I did struggle with Emmy. A lot. But not in the way that I thought I was going to. Because, the thing is, Mercy Brown is a really good writer. So, even as I was frustrated with Emmy, I was enjoying this story and how it was written. I was charmed by how it made me laugh out loud, sometimes right in the middle of a particularly frustrating moment. But, most incredibly, Ms. Brown made me understand Emmy, who is written in such a way that caused me to take a step back in time and remember what it was like to be a 21 year old girl who was basically scared of the world. How everything back then felt like a very big deal. She made me understand that there were some good reasons that Emmy wasn’t willing to risk her heart, but that didn’t make her a bad person, and it definitely didn’t make her unlikeable.

So, Emmy was frustrating. But I also kind of really loved her. I loved that she was self-aware enough to know that she was a mess, even if she had no idea how to stop it. She tried—and sometimes the trying made it worse—but it didn’t come off as weak or annoying. It came off as Emmy trying to learn her own heart which, I think, is a journey we’ve all been on.

And Travis? God, he was perfect. Gentle and patient and protective and sexy. He’s not your typical band guy. He might not even be your typical guy. But he felt real, and wonderful. I loved him so hard. And I loved how he treated Emmy; he didn’t let her walk all over him, but he also didn’t lash out. He was the perfect calm in Emmy’s crazy storm.

It was sometimes hard to watch these two push and pull at each other, but it never felt overwrought or over-the-top angsty (in the way that I had feared). It was laced with gentle humor and genuine affection and some generous heaps of swoon and a hefty dollop of heat. I adored the side characters (Cole and Joey—YES!) and the whole band dynamic, and definitely look forward to reading more about them.

In the end, this was a beautifully written love story that left my heart happy and begging for more. It was funny and sweet, sexy and genuine and, by the time I turned the last page, I discovered I wasn’t ready for it to end. I need Cole’s book! Now, please!
~ Review by Shelly 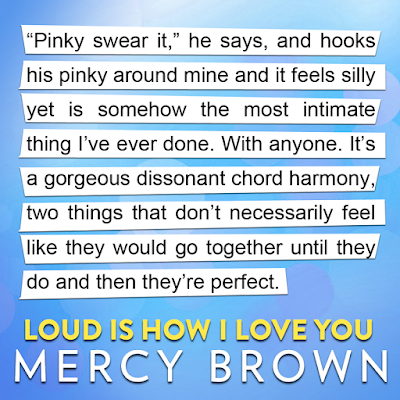 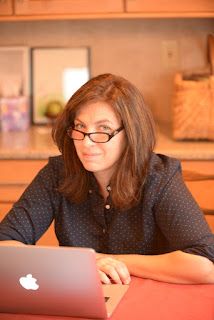 Mercy Brown is a retired indie rock front girl turned author and LOUD IS HOW I LOVE YOU is her first book. LOUD is a New Adult novel and will be published by Intermix (Berkley-Penguin) in January 2016. LOUD is based, very, very loosely on Mercy's experiences fronting bands in the 90s. A follow-up will be published in June 2016.

Email ThisBlogThis!Share to TwitterShare to FacebookShare to Pinterest
Labels: 4 stars, Hub City series, Loud is How I Love You, Mercy Brown, Review