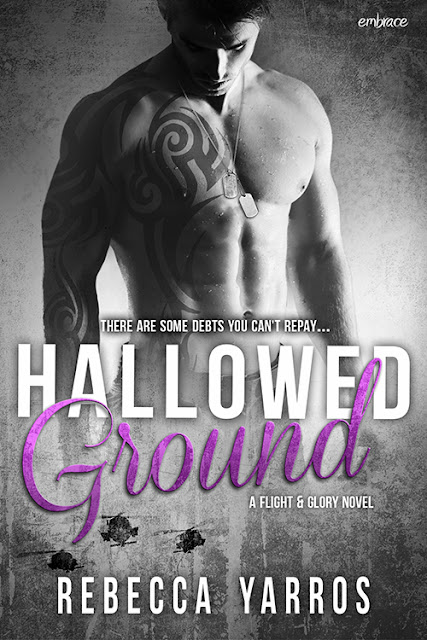 There are some debts you can’t repay.

Josh Walker is loyal, reckless, and every girl’s dream. But he only has eyes for December Howard, the girl he's craved since his high school hockey days. Together they have survived grief, the military, distance, and time as they’ve fought for stolen weekends between his post at Ft. Rucker and her college at Vanderbilt. Now that Josh is a medevac pilot and Ember is headed toward graduation, they’re moving on—and in—together.

Ember never wanted the Army life, but loving Josh means accepting whatever the army dictates—even when that means saying goodbye as Josh heads to Afghanistan, a country that nearly killed him once before and that took her father. But filling their last days together with love, passion, and plans for their future doesn’t temper Ember’s fear, and if there’s one thing she’s learned from her father’s death, it’s that there are some obstacles even love can’t conquer.

Flight school is over.
This is war. 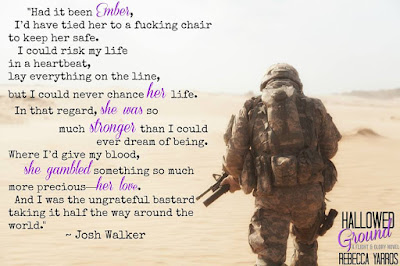 The last book in the Flight & Glory series, Hallowed Ground takes us back to Josh and Ember, who we first met in Full Measures. These two have been through a lot in the two years since they first got together—and now they’re beyond excited to finally have the chance to experience their relationship in the same state, under the same roof, like a “normal” couple.

Only, the course of true love never did run smooth for these two, and their plans for a “normal” relationship are yanked out from under them almost immediately. When distance—and war—separate them, their relationship is tested in ways neither could ever have imagined. They always thought their love was strong enough to conquer anything that was thrown at them, but the world appears to be hell bent on proving them wrong.

I approached this book with a fair amount of trepidation. I knew it would be the last in one of my all-time favorite series, and I knew it was going to gut me. There was no way I was coming out of this unscathed. So, I can't say that I was surprised when the first 30% played out something like this:

And then—after a hefty amount of tears and anxiety—I thought I was past the worst of it. All, “Hey look! I survived! On to the happily ever after!”

Rebecca Yarros has an amazing gift for writing words that resonate—enchanting, enraging, skewering, and healing—and, for better or for worse, you’re not going to forget them. Even as she tore my heart to pieces, I appreciated the beauty of her writing, her words curling around my heart, stabbing and then soothing as Josh and Ember navigated their relationship through the twists and turns that life threw at them. I had forgotten, a little bit, how much I loved Josh and Ember, and, perhaps more importantly, how easy they are to love (even if I occasionally wanted to ring their necks). In this book, I was reminded of the bumpy road that led them to this point, and then, with my heart wide open, I joined them on the emotional rollercoaster to their happily ever after.

Hallowed Ground left me happy (so happy) and yet, haunted. I turned the final page with a smile on my face, only to find my heart still aching hours later—these characters not willing to let me go quite that easily. It felt so real, so authentic; I'm still a little bit in mourning and not fully healed from the journey, but so thankful I was given the opportunity to take it. As with every other book in this series, this one is going to leave a mark on my heart.

If you haven't taken the Flight & Glory journey yet, it is not one to be missed. You owe it to your heart to pick up these books.
~ Review by Shelly 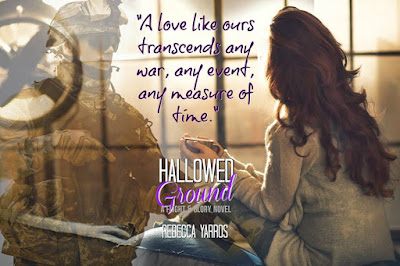 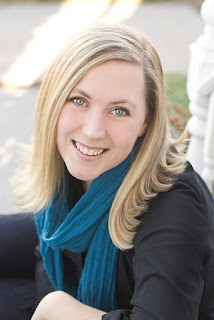 Rebecca Yarros is a hopeless romantic and lover of all things chocolate, coffee, and Paleo. In addition to being a mom, military wife, and blogger, she can never choose between Young Adult and New Adult fiction, so she writes both. She's a graduate of Troy University, where she studied European history and English, but still holds out hope for an acceptance letter to Hogwarts. Her blog, The Only Girl Among Boys, has been voted the Top Military Mom Blog the last two years, and celebrates the complex issues surrounding the military life she adores.

When she's not writing, she's tying on hockey skates for her kids, or sneaking in some guitar time. She is madly in love with her army-aviator husband of eleven years, and they're currently stationed in Upstate NY with their gaggle of rambunctious kiddos and snoring English Bulldog, but she would always rather be home in Colorado.