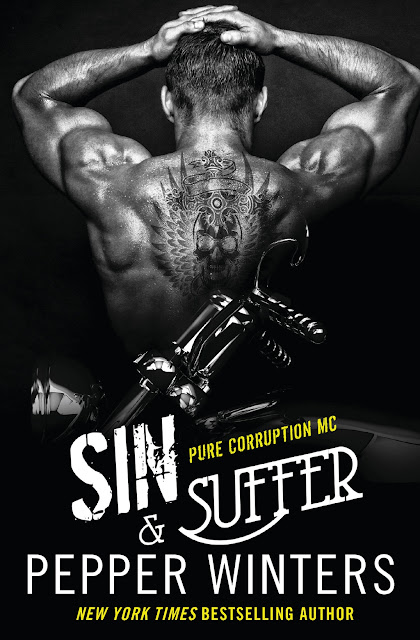 "Some say the past is in the past. That vengeance will hurt both innocent and guilty. I never believed those lies. Once my lust for revenge is sated, I'll say goodbye to hatred. I'll find a new beginning."

She came from a past Arthur "Kill" Killian never forgot. She made him sin and made him suffer. She tugged him from the shadows and showed him he wasn't as dead as he thought. And with her resurrection came betrayal, deceit, and war.

But then they took her. Stole her. Imprisoned her.

Now Kill's carefully laid plans for vengeance are complete. He craves action, retribution-the blood of his enemies. War has begun. War is all they'll know until they've paid their penance. He will get her back-and rewrite their destiny . . . 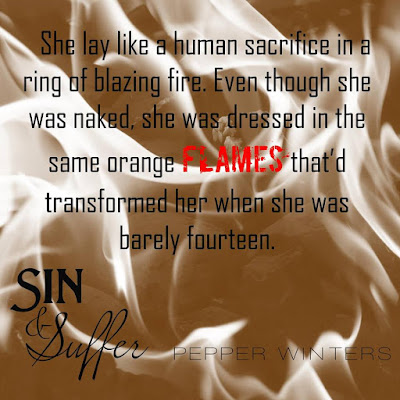 I could not wait to get my hands on this book. The first one absolutely ravaged me. Tore me up, battered my heart, abused my soul, and made me fall hopelessly and tragically in love with Art and Cleo. Such sweet names. Such a timeless, endless love. Such horribly fucked over lives! Whereas book one devoured all my feels with their reclaiming of life and love after so many years, this one threw all my feels back to me with the determination of the rest of the world to STILL keep them apart. They've been through enough, dontcha think?

There was so much pain and tragedy, all hidden in such a beautifully wrapped package of pure, first love. As you wish, Buttercup. Melt. Swoon. Maybe a little flailing. Is that a tear? Could be, I can't tell because of all the screaming in frustration. Tense? Edge of your seat? Nail-biter? Yep, they're pretty much nubs now. Was it worth it? Yes. Yes, and yes again. It was beautiful and terrible and passionate and brutal. Every word was "wuv, tru wuv".
~ Review by George

Wow! What a raw and gritty ending to Kill and Cleo’s story! Sin & Suffer is the second and final book in the Pure Corruption MC series and it was intense!

“I’d endured one captivity; a caging of my mind with no walls or locks but with endless darkness and unknowing. Now my mind was intact for the first time in year, but I had a new prison.”

Cleo has finally remembered who she is and her past. She remembers her love, Arthur, and together they start to heal and live again. However, there are still so many secrets to unearth, vengeance to be had, and truth to uncover.

“We were jealous. We were possessive. We were passionate and explosive and consumed.”

This is a perfect explanation for Cleo and Arthur together. They were so meant for one another; true soulmates. They couldn’t keep their hands off one another, and it was sexy and sinful!

“How am I killing you when you’re making me come so alive?”

This story had quite a few twists and turns that I wasn’t expecting. There was also so much goodness that came out of this story. I really enjoyed it and I certainly hope we get some stories of some of the others members of the Club, especially Grasshopper.
~ Review by Tiffany

"I'd endured one captivity: a caging of my mind with no walls or locks but with endless darkness and unknowing."

Pepper freaking Winters. This book. I can't even words right.

I love to highlight important moments and quotes to fall back on when I'm writing reviews. Pepper's words hit me with such force that, at one point, I just stopped. The entire book looked like a rave with all the neon colors.

"Mom told me that he was at a point in his life where he had to lose himself to find himself. I had no idea what she meant. I just... I just really missed my best friend."

Sometimes the plot of a book really speaks to you. In this case, everything about a tattooed biker rebel, a strong willed heroine, and their story of revenge would really pull you in. While I love this genre, it's been done and since I love to read all things bikers, there was nothing that stood out.... except the author's words.

"Those feelings of togetherness only amplified the echoing of loneliness."

Pepper took a common plot and turned it into something completely enthralling. She kept me reading until the very end! Considering this book is long (high five Pepper, no one write long books anymore!!), that is extremely impressive.

"He crushed me close, forging us together into one statue of bleeding souls."

My sweet Arthur, can I just have an Arthur in real life? The amount of love he has for Cleo is insurmountable. Cleo's dedication to Arthur is breathtakingly beautiful. Their story reached out from the pages to play a perfectly crafted orchestra that left you feeling as breathless and asking for more.

If you love a heartbreaking story with a sexier than sin biker and willful heroine, this modern day Romeo and Juliet is absolutely for you.
~ Review by Kelly 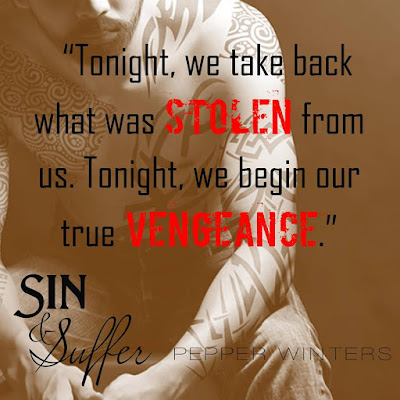 Pepper Winters is a multiple New York Times, Wall Street Journal, and USA Today Bestseller. If she isn't writing, she's plotting. And if she isn't plotting, she's curled up in a patch of sunshine reading. 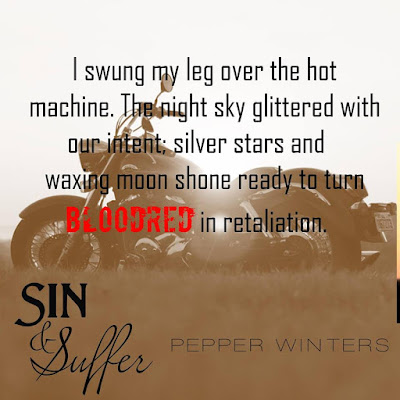