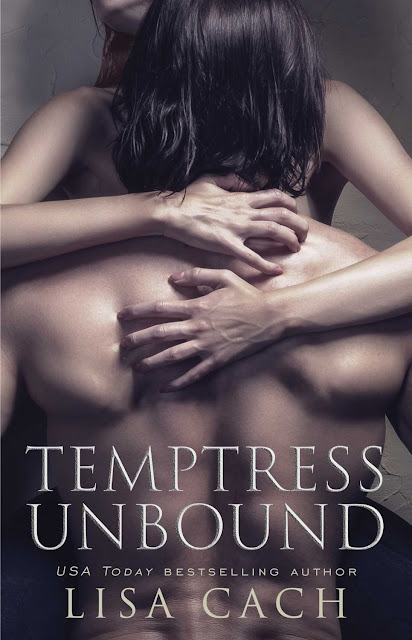 The sensuous sixth story in national bestselling author Lisa Cach’s passionate Fifty Shades of Grey meets Game of Thrones series about a young Roman Empire slave who, after being tutored in the sexual arts by her king, runs away to save her life.

Once trained in the carnal arts to be the king’s concubine, Nimia has a prophetic gift that is triggered by her sexual encounters. Finally free, she forsakes the powerful men who have used her gifts for their own gain. As her sexual adventures continue, she searches for true love—and for her people, the Phanne, from whom she was originally stolen.

How could I not be intrigued by a story described as a mix of Fifty Shades of Grey and Game of Thrones? What I should have also read more closely was that this was the sixth part of a continuing story. I was lost for a good while when I started this novella as the assumption was I knew who everyone was and what they were up to. This is the first book in the series I’ve read and other than that misstep, I couldn’t be happier to have stumbled on this quiet gem.

Set in what I believe to be the time of old world Britain, characters such as Arthur and Maerlin take center stage. It took a while for me to understand what I was actually reading as the events surrounding these legendary names only became more familiar the more I read.

Nimia is one of the Phanne, people with magical gifts including those of prophecy. What has brought her to this point in time, with these people, sounds like an incredible journey with this another emotional chapter along a trip still underway… She knew love and friendship, loyalty and loss, and felt each emotion keenly. With Terix and Una by her side, and Brenn at her back, she was able to meet each challenge. So much is said so simply that it seemed to heighten those feelings even more. As Nimia learnt more about herself and the people around her, she and her world became more and more intriguing…

This story brought back so many of the classics to mind—tales I haven’t read in way too long. King Arthur, Robin Hood, Tolkien—fantastical stories of quests, honor, love and friendship. The feel, the texture of the writing, felt so… musical almost. You know, when the writing is very precise, almost formal yet poetic at the same time? What I didn’t expect was the bawdiness of the prose and the humor that popped up unexpectedly. You would think that it would be an awkward mix yet it was so natural and thoroughly enjoyable.

“You stink of weeds and humping hedgehogs, you have green pond water flowing in your veins, and a farmer’s crotch after a day of plowing under the sun is far sweeter than the air that breathes from your mouth.”
“You shouldn’t anger a woman who’s soon going to have her hands on your balls…”

As I was reading I wasn’t sure how to accurately describe the story. Was it romantic adventure? Magical fantasy? A tale of chivalry and betrayal? I quickly decided I wasn’t going to try to label it but enjoy it for what it was—great storytelling with all those elements combined with love at the heart of it. Bravery, chivalry, action and adventure—add in love and sex that is part of humanity no matter what the date on the calendar—and you have a story that I couldn’t help but get lost in.
~ Review by Diane Lisa Cach is the national bestselling, award-winning author of more than twenty books, including Great-Aunt Sophia’s Lessons for Bombshells, available from Gallery Books. She has taught creative writing aboard the ship MV Explorer from the Amazon River, to Morocco, to St. Petersburg, Russia. When not sailing the high seas she can be found digging for clams in the sandy mud of the Puget Sound or dealing cruelly with weeds and snails in her garden. She’s a two-time finalist for the prestigious RITA Award from the Romance Writers of America, which doesn’t make it any easier to explain to her neighbors that she writes erotica. Visit her online at LisaCach.com.