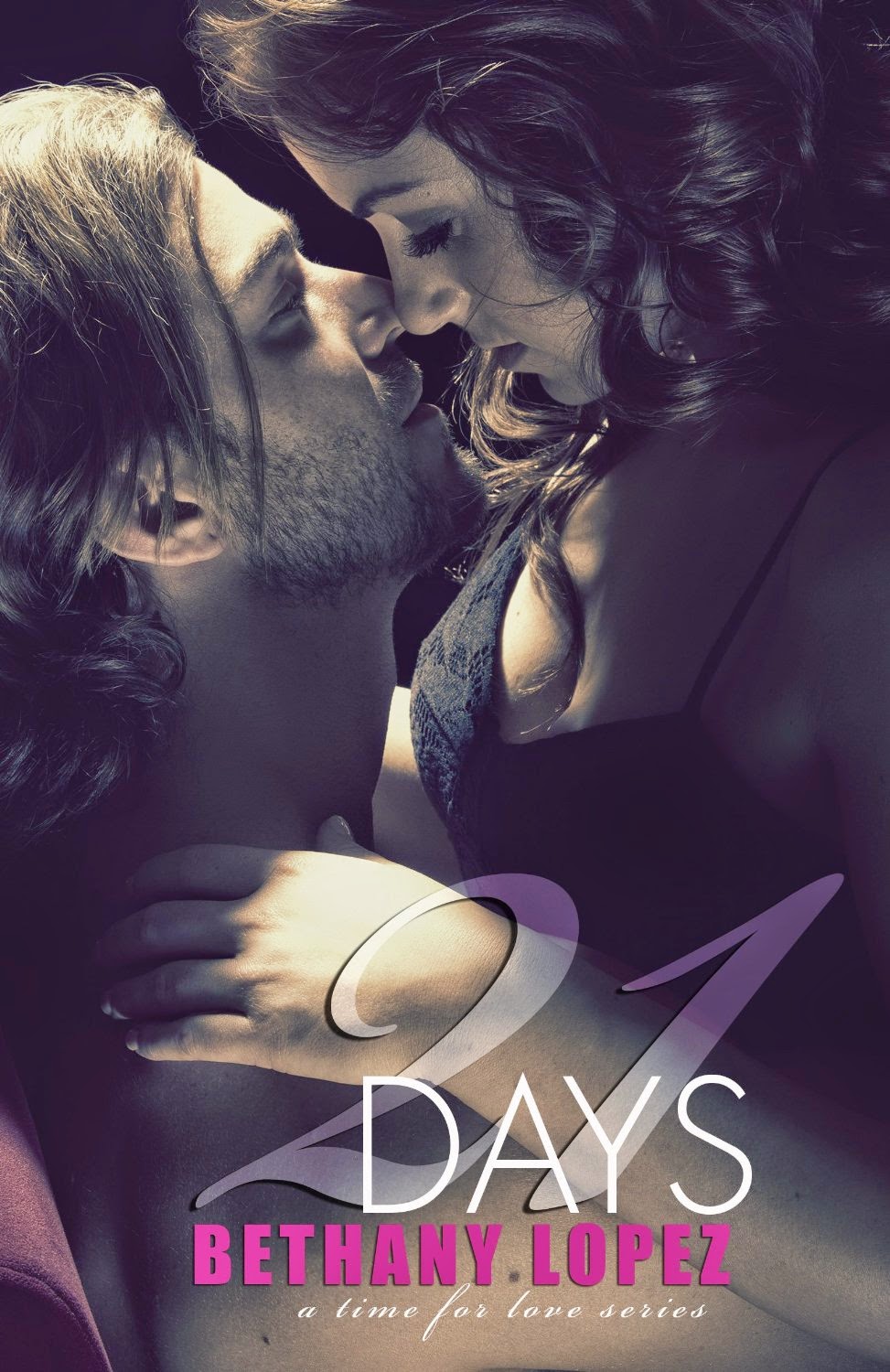 Sasha and TJ are no strangers to enjoying sex with no strings attached, so when they decide to act on their mutual attraction, there should be no reason why they can’t apply that same philosophy to each other.

Money has never been an issue for Sasha, which made proving herself as a real estate dynamo a personal challenge she was determined to conquer. Raised in a gilded world masking neglect and disappointment, she learned not to depend on anyone, especially when it comes to love and relationships. Men are great for companionship, but she isn’t looking for anything serious.

Used to going without, TJ has worked hard to be able to support himself. When he loses his job and his home in one fell swoop, he faces relying on others for the first time in his adult life. Then Sasha steps in, offering him a place to stay until he’s back on his feet. He grudgingly agrees, but vows to be out of her guest room within 21 days.

They'll discover that a lot can change in 21 days, especially when they decide to give the idea of "friends with benefits" a try. As each day passes, Sasha and TJ become closer than they’ve ever been. Will they be able to go back to being just friends when their days together are up, or will they allow their personal hang-ups to get in the way of what they really cherish most?

Friends with benefits. Does it ever work? No, seriously, I want to know because I've never tried it. It's certainly fodder for movies, books and any other form of entertainment you can think of, so there must be people out there doing it - all I want to know is if it's successful. I do know that said entertainment is entertaining for me. I can't help it. Friends becoming lovers becoming exes becoming....whatever....is the kind of story that grabs my attention and that's why I wanted to read 21 Days. The great thing is that it didn't just grab my attention, it held it too.
Neither Sasha nor TJ had the most stellar childhood. For Sasha, the neglect of her parents came in the form of indifference. Money was never an issue but she wanted, needed, more from Mum and Dad. Now a successful real estate agent, she's content just hooking up with men, no strings, no commitment and definitely no kids. But maybe, just once, she'd like one of those men to fight for her. TJ knows what it's like to struggle. His abusive parents left him to his own devices, so he's intimately familiar with having no food, no home and no prospects. When he loses his job and his home, he's reluctant to accept help, even if it's one of his best friends offering. Agreeing to stay with Sasha for 21 days while he finds his feet is hard, especially seeing the comfort she's used to. And especially since they've been attracted to one another for years. They both have experience with emotion free hook-ups, but can they navigate a friends with benefits relationship, knowing that a lot can change in 21 days?
When I first met Sasha and TJ in 8 Weeks, I assumed that they didn't like each other (it's kind of implied that they tolerate each other because they have mutual friends) so I wasn't sure how this book would play out. I was excited to read it though because while I didn't love 8 Weeks, I did enjoy it and I was intrigued by the dynamic of the friendships sketched within it. And I loved 21 Days. It took what was started in 8 Weeks - this group of friends learning about life and love - and built on it brilliantly. It teased the next book in the series by giving glimpses of Scott and Gaby's story (and I can't wait to read that) and Shelly and Cal's story was also moved forward. Their marriage troubles and how they affected everyone were touched on, which I appreciated for the continuity and the added depth. The ease between Sasha and TJ was surprising and really fun. I had no trouble visualizing the friendly nights just hanging out and how that could form the basis of an attraction that couldn't be denied. I was hooked from page one and rooting for TJ and Sasha to overcome their commitment issues like they were my own friends with benefits - the benefits being the chance to read their story.
This is the second book in the Time to Love series, but can be as a standalone, no cliffhanger.
~ Review by Beth

Award-Winning Author Bethany Lopez began self-publishing in June 2011. Since then she has published various YA and NA books. She is a lover of romance, family, and friends, and enjoys incorporating those things in what she writes. When she isn't reading or writing, she loves spending time with her husband and children, traveling whenever possible.

a Rafflecopter giveaway
Posted by Unknown at 1:41 pm