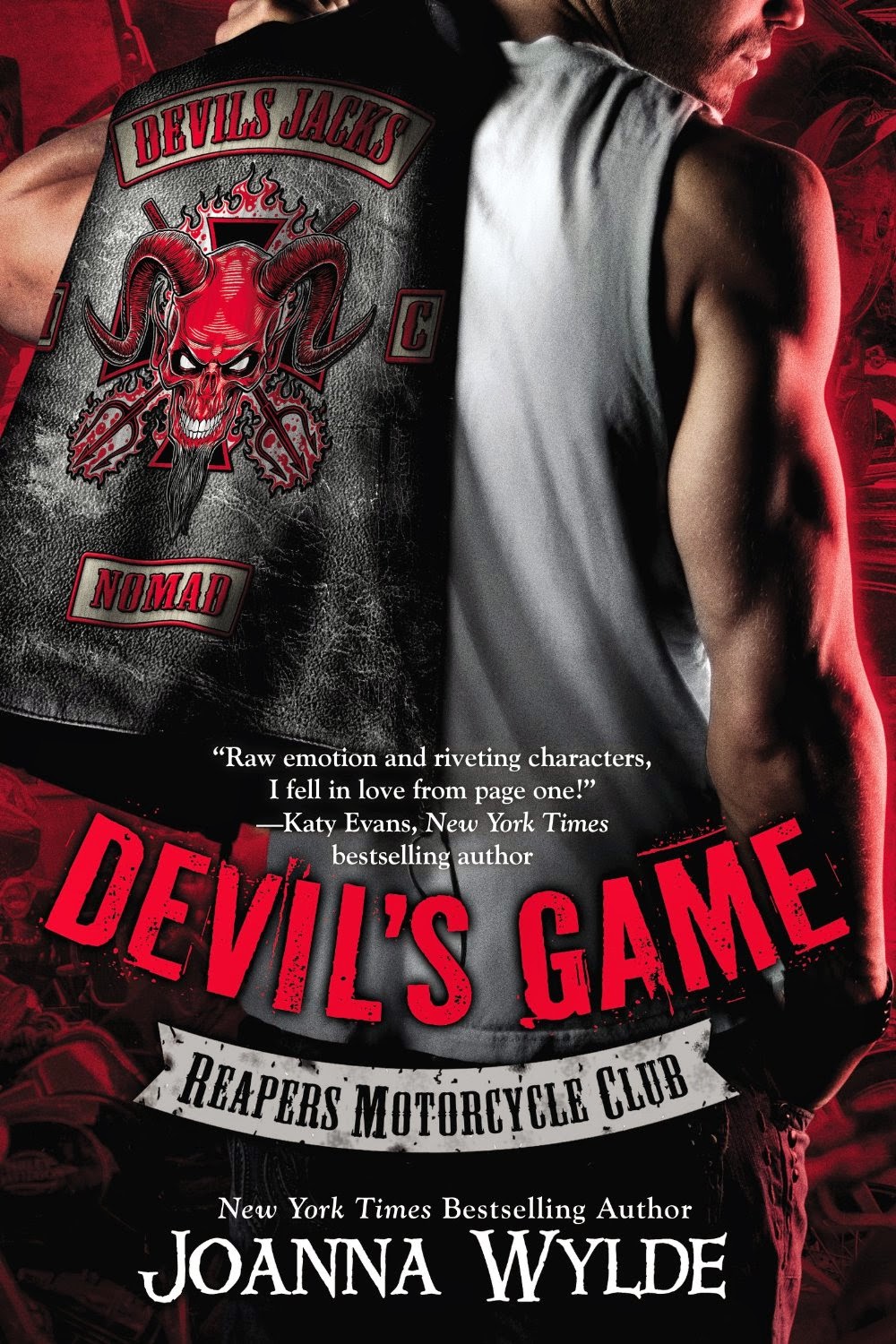 Liam “Hunter” Blake hates the Reapers MC. Born and raised a Devil’s Jack, he knows his duty. He’ll defend his club from their oldest enemies—the Reapers—using whatever weapons he can find. But why use force when the Reapers’ president has a daughter who’s alone and vulnerable? Hunter has wanted her from the minute he saw her, and now he has an excuse to take her.

Em has lived her entire life in the shadow of the Reapers. Her overprotective father, Picnic, is the club’s president. The last time she had a boyfriend, Picnic shot him. Now the men in her life are far more interested in keeping her daddy happy than showing her a good time. Then she meets a handsome stranger—a man who isn't afraid to treat her like a real woman. One who isn't afraid of her father. His name is Liam, and he’s The One.

Or so she thinks.

"For fuck's sake... they're like weasels in heat. I'm gonna puke."
Hahaha best first line in a prologue, ever.

Emmy Hayes, daughter to the President (Picnic) of the Reapers MC, finds it hard wanting a man that she can't have. After being kidnapped, chained to a bed, and taken dirty photos of she can't seem to get him out of her mind. He lied to her about who he was and used her as leverage. MC wars are taken to heart, especially when that war has been going on for 20 years and she just landed smack dab in the middle of it. Will she be able to break the war between the Reapers and Devil Jacks?

Liam "Hunter", a member of the Devil Jacks, who had a job to do of making Emmy into a old lady just for leverage on the Reapers MC so they'd stop the war between the groups. He grew up in the MC world after Burke saved him and his foster sister Kelsey from a drunk. He was on his way to being president some day, but will his interest in Emmy wreck that from happening?

He sped up then, clearly reading my desire. Now his strokes hit harder, pushing up against my cervix with every thrust. It should've been painful, but it felt fantastic.
Who will claim Emmy by taking her big V?
Can Emmy and Hunter get their forever after or will one accident keep them from it?
Who is shooting up the MC's? Is it the Reapers, Devil Jacks, or Cartel?

"Hey, you got any Febreze or air freshener?" Vanessa asked, her voice a shrill whine. "I got beer shits. Your bathroom reeks."

Haha! I laughed so much at these two lines, my husband just looked at me like I was crazy. Besides a few funny lines, I may have had a mini heart attack reading Devil's Game. There is always action with the MC books and this one is no different. I'm pretty sure Joanna Wylde was born to write these books, just saying. Easily 5 stars across the board.
~ Review by Keisha

(Note: Excerpt will open as a PDF.)

Joanna is a freelance writer living in Coeur d’Alene, Idaho. She started writing fiction in 2002, then took a long hiatus to explore other writing opportunities. She returned to fiction in January 2013 with ‘Reaper’s Property’, the first book in the Reaper's Motorcycle Club series, and is now set to release ‘Devil's Game’, the third of the series.