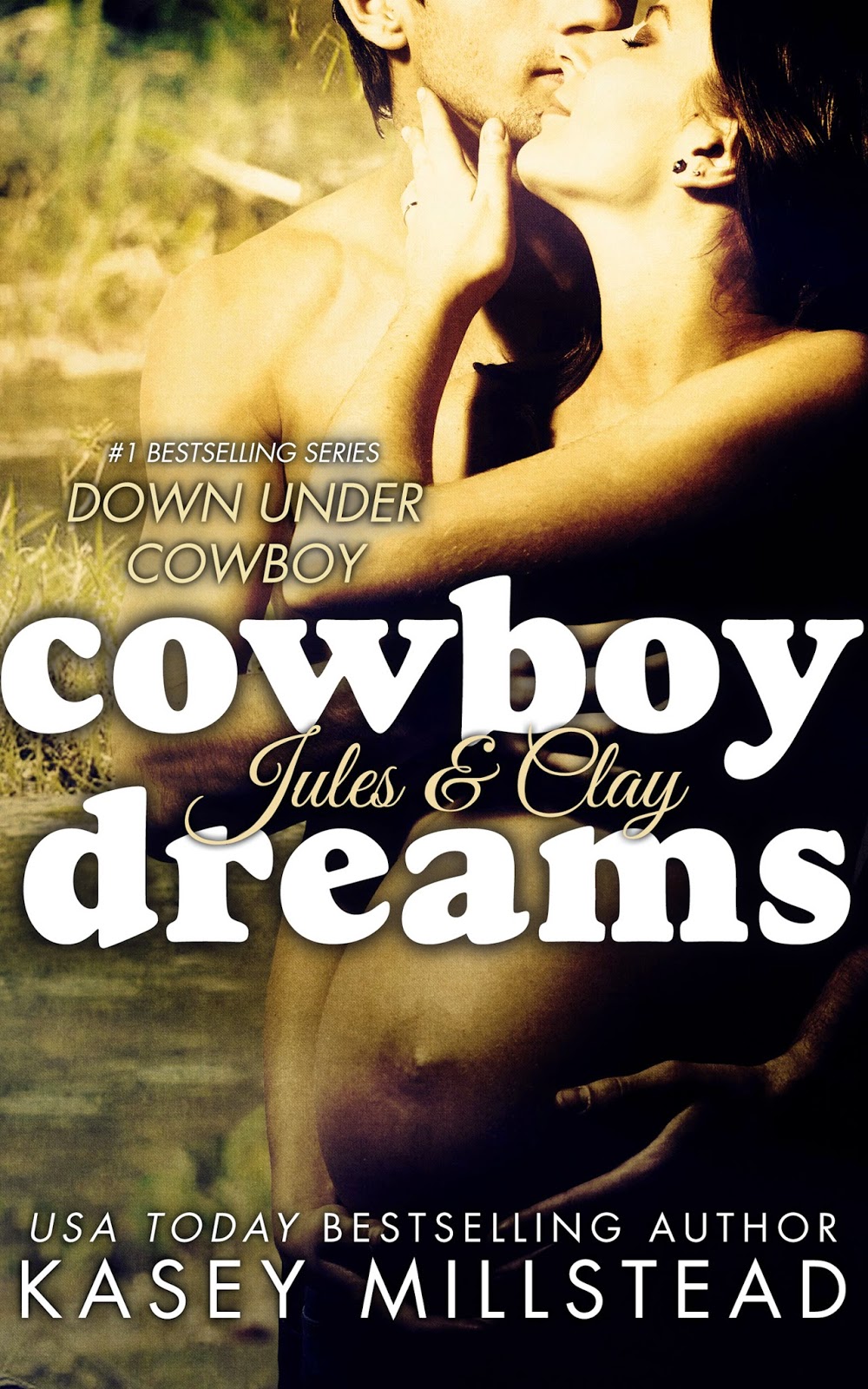 My decision for moving from Sydney, NSW, to Pine Creek NT, was purely selfish...to begin with.

My best friend, Edie, had gone off on an adventure to find herself, and instead she'd found the love of her life. Not wanting to be left behind, I decided to follow her. I made this choice for a few reasons. First, I didn't want to be without my best friend. Second, I'd slept with my boss, and trust me, once that happens, shit just gets awkward! And third, on a visit with Edie, I'd met a man.

We had a one-night stand...and then another one when I visited again.

Then, I found out I was pregnant.

So now, moving to the Northern Territory wasn't just about me escaping the awkwardness at work, or tagging along with my best friend. It was about developing a relationship with a man I hardly knew, who I was about to have a baby with.

I'm loathe to admit it, but I'm scared and I'm nervous. But most of all, I'm petrified he's going to reject me. Because even though our "relationship" so far has been limited to two sexual encounters, I can't help the feelings that have taken root in my bones...feelings for Clay. And the worst part is, I don't even know if he feels an inkling of what I do.

Cowboy Dreams (Down Under Cowboy Series) is the 3rd instalment of the #1 Bestselling series. Each book can be read as a stand alone as each of books is about interconnecting characters and they all have happy ever afters. However, the author recommends they be read in order to avoid spoilers. 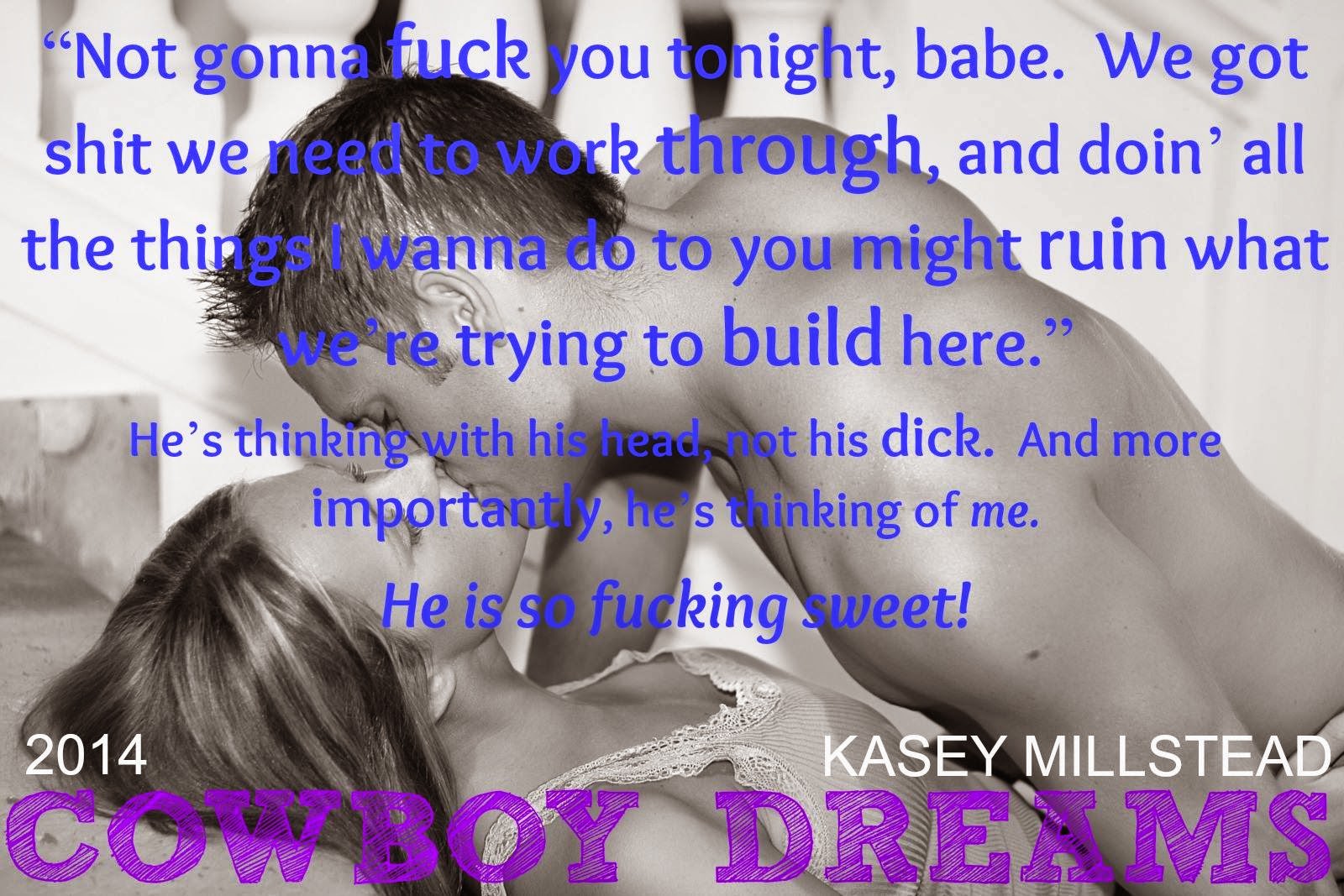 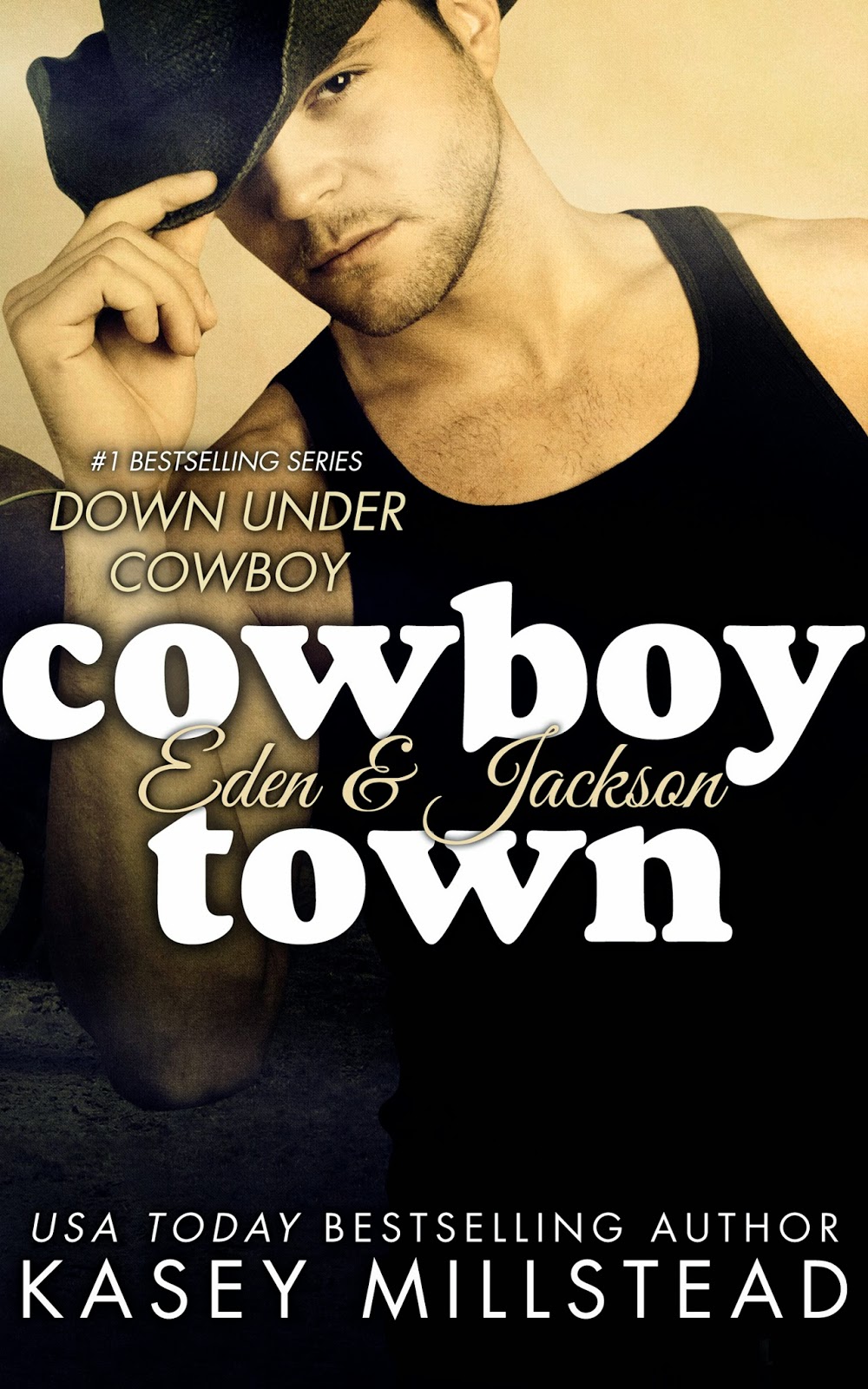 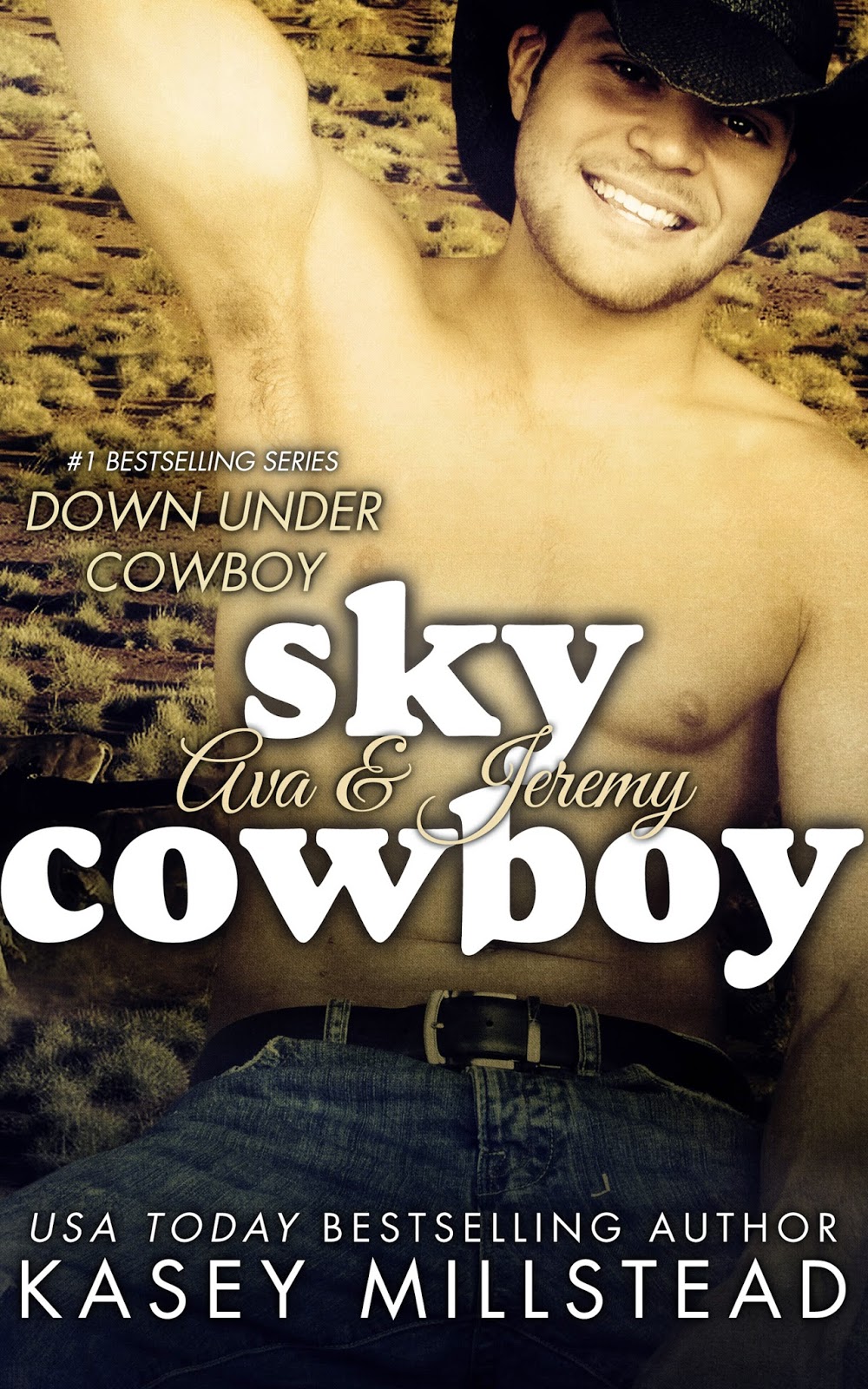 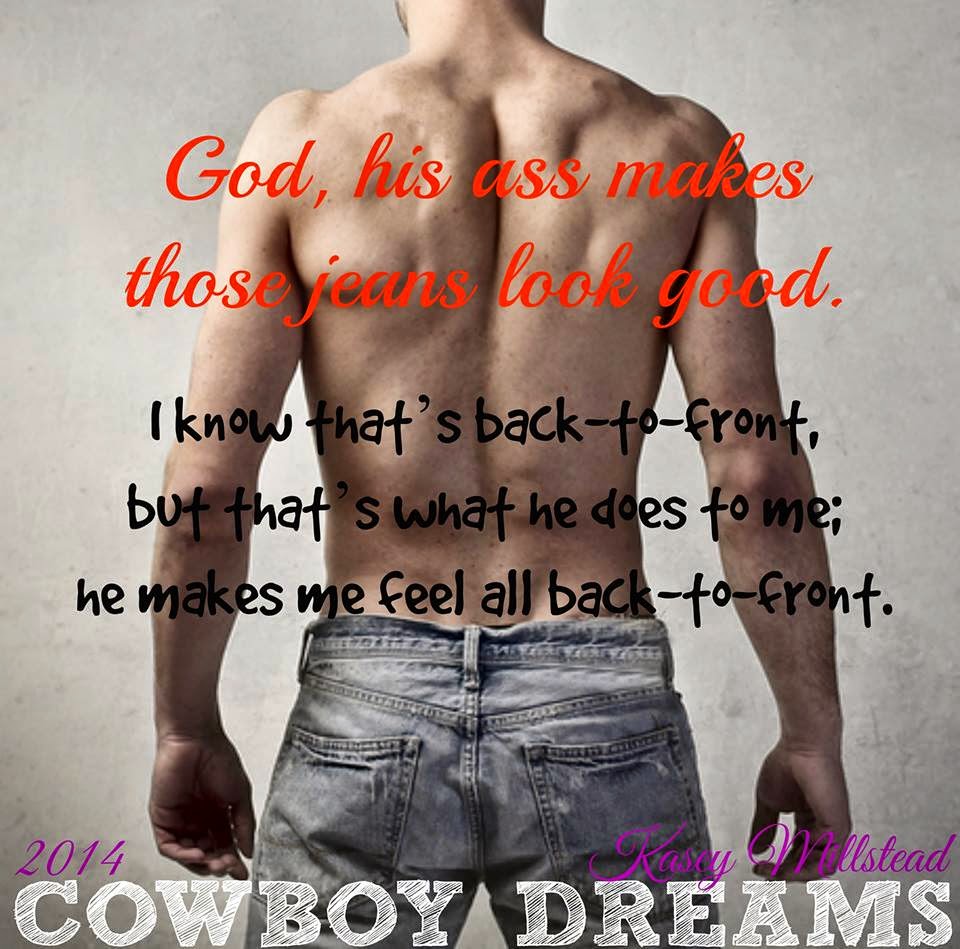 Wanna know what's better than a cowboy? An AUSTRALIAN cowboy!! How is it that I am just now reading the Down Under Cowboys series? And, moreover, could there be a better double entendre for the series title? Yeah, no. It's awesome. Kinda like Clay Forde, croc-egg hunter and perfect man candidate.

When Jules met Clay on a trip to the Northern Territory to visit her best friend Edie, she wasn't expecting anything more than a one time thing. That became a two time thing on her next visit. Now, she's pregnant and the sexy cowboy is the father. Sure, she has feelings for him - who wouldn't? - but she's not going to force herself or her baby on him. Jules is moving to the NT to be close to Edie and to see if she can make this unconventional relationship work...but only if Clay is willing to try.

Man, this book had me homesick. I'm not even from the Northern Territory (I'm a Victorian and proud of it) but still the Aussie slang and references had this expat pining for a Vegemite sandwich and a game of footy. And I loved every minute of it. I really enjoyed this book, especially the very funny but kinda blind Jules and especially the pierced, thoughtful Clay. The story was simple enough and there wasn't any true conflict - I never felt like I wasn't going to get a HEA, which is totally fine by me. I am a HEA-junkie, after all. I liked Jules' perspective on life. The only thing I would have changed would have been to see a little more of Clay's point of view. There were a few instances of it early in the book, but then it switched back to solely Jules' POV and for that, I'm a little sad. Not because I didn't love Jules but because it was interesting seeing both sides of a situation, a moment. No matter, it didn't detract from the story nor from my overall enjoyment of it. I haven't read the other books in this series...yet. I didn't need to to follow the story, but I suspect it would have only made it better if I had. You can bet I will be reading them though, and soon. Because, AUSTRALIAN COWBOYS.

This is the third book in the Down Under Series and can be read as a standalone, no cliffhanger. 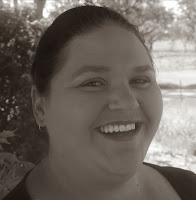 Kasey Millstead lives a quiet life in country New South Wales, Australia, with her husband and their four young children. She enjoys baking, singing (ridiculously out of tune) & spending time with friends and family. Kasey has always harboured a deep love for reading and writing, and she is now lucky enough to be living her dream of being an Author. 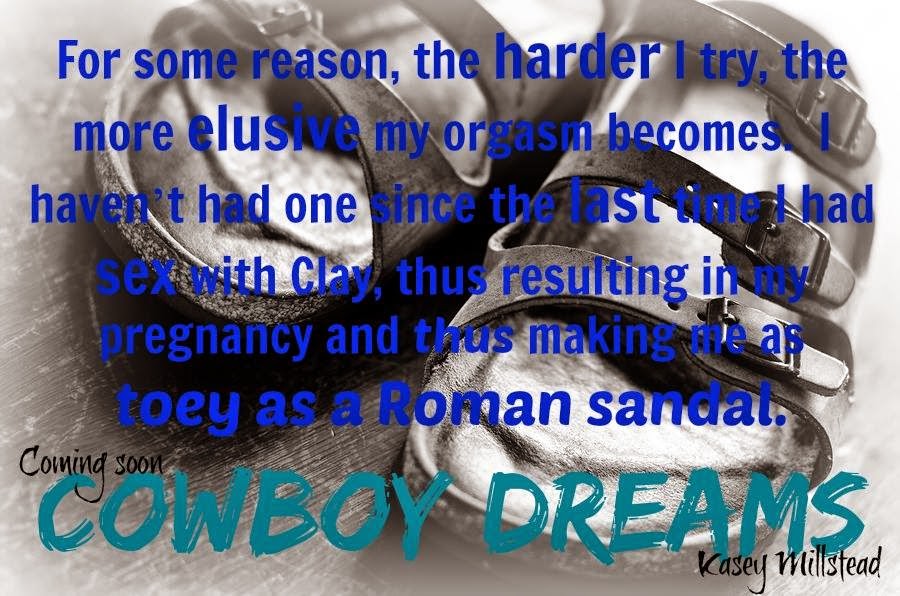