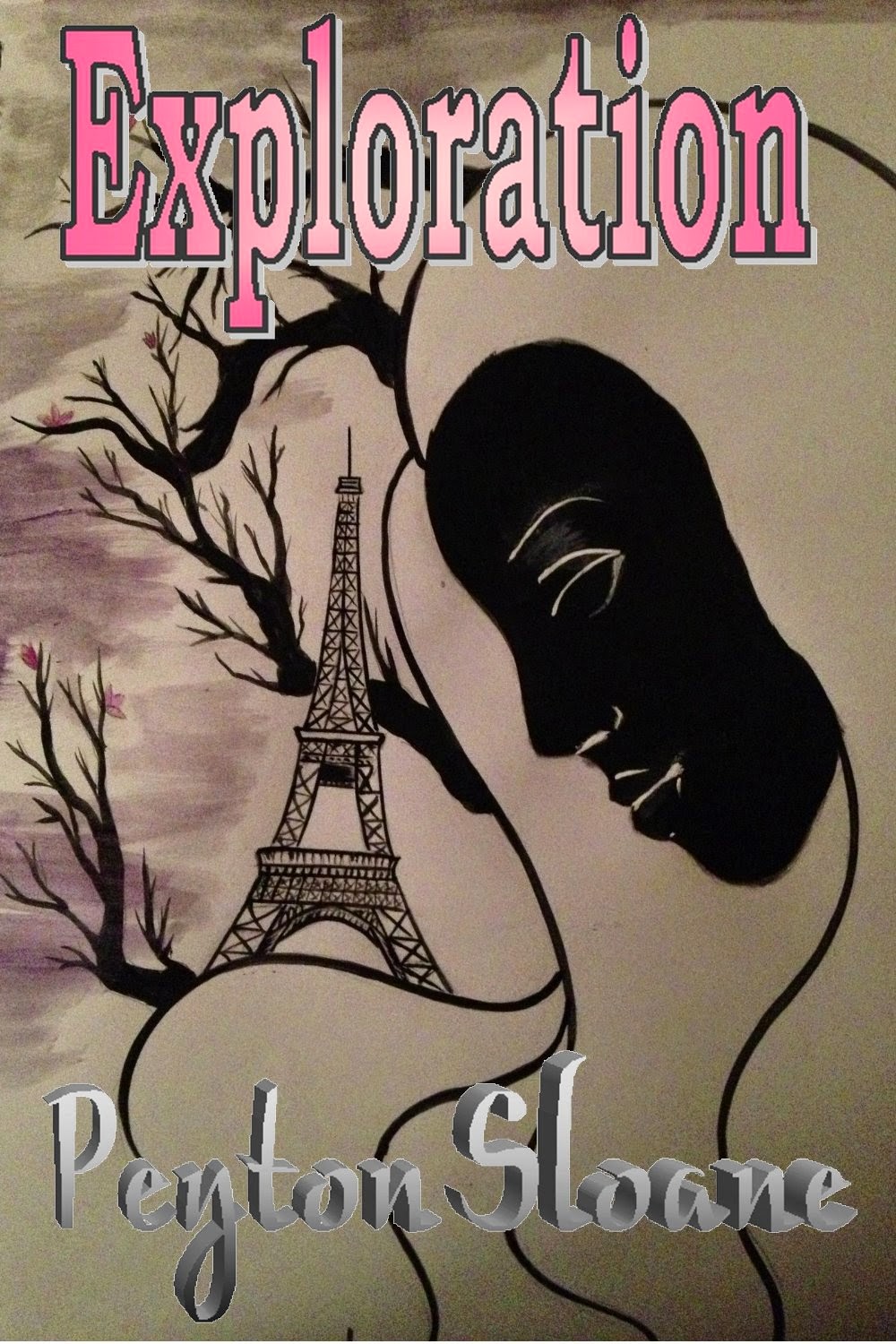 Being with the same man since she was 18, 26 year old widow Jazz Mickelson is hoping to catch up on all the life experiences that could have been hers had she not leapt into a committed relationship so young.

Julian St. Sauveur is looking for three things: romance, comfort and trust. He mistakenly thought he had them once many years ago. He sees potential for him and Jazz but knows it is too soon for her.


Will she accept his unusual proposition, one that allows him to hold on to her while she catches up on life?...and will she choose him after experiencing all the wonders that await her?
Find out as Jazz and Julian explore their potential...

FOR MATURE AUDIENCES ONLY

Hmm, well, this book was HAWT. Truly. I never spell "hot" like that, but I feel it's appropriate for Exploration because.....damn. Maybe that should be da-yum?? Never mind, it's not important. What's important is the fact that this is only book one in the Potential Trilogy and I'm already hooked. Seriously hooked. Because I've just finished and I'm kinda, sorta, a little hot and bothered and desperate for book two. In case you're wondering, I consider that to be a good thing. I'm also considering the merits of the Cajun accent and whether I should start springing for business or first class on all future flights.... *Fans self* If y'all could see the highlighting I did in this book.... Line after line of panty-melting dirty-talk and sexual discovery. Wow.

Jazzmyne Mickelson is looking to explore life and the world. Widowed at 26 after years of watching her husband's health fail, it's time for her to seek out new experiences, new people and new places. Her first adventure? Paris. On the airplane, she sits next to a handsome, sexily-accented man and is immediately drawn to him. Julian St. Sauveur sees the beguiling woman and recognizes the potential between them. Not one to sit around and wait, he's intent on winning her over, exploring that potential and having her as quickly as he can. He can tell that she's reluctant to enter another long-term commitment so soon after her husband's death but he's not about to lose her when he's just found her. Instead, he plans to show her Paris, his wealthy world and make her an intriguing proposition for the future of their new relationship...

I'm not going to beat around the bush. There's a lot of sex in this book.... A. Lot. Of. Sex. This is a book about self discovery and trying new things, so it works. I'll admit that there isn't a lot going on outside of the bedroom - when they're not in it they're talking about it, or so it seems - but that didn't lessen my enjoyment of it. It played into the idea that Jazz had missed a lot, and suffered because of it, in her marriage and her marriage bed. Plus, Jazz and Julian had undeniable chemistry as well as something you don't see a lot of in books: good communication. He did the alpha-male thing, she told him off. They compromised. It was refreshing. She wasn't ready for a relationship, he wasn't willing to let her push him, and their potential, away. They found middle ground. Again, refreshing. I'm not convinced this book is specific to one genre either. It's a little bit of everything. A little bit biker, a little bit billionaire. A little bit contemporary, a little bit erotica. I'm intrigued with the direction that Peyton Sloane is taking thecouple. It, as Julian would say, has some serious potential and I can't wait to get my hands on book two, Obstruction, to see what she does with it and how the characters handle phase two of their relationship. I only hope it's a HAWT as Exploration.

This is the first book in the Potential Trilogy and has a minor cliffhanger (*wiggles eyebrows* a sexy cliffhanger!!!)
~ Review by Beth

I have been an extreme bibliophile since I was a kid, precociously finishing my first read of "Gone with the Wind" at age 12. I've had lots of stories whirling around in my head over the years and am grateful for the opportunities afforded by the relatively new world of self-publishing.

Personally, I am a wife, career woman and mom to 2 amazing little divas, hence their photo on my page, rather than mine, they are WAY cuter...

I ride a Harley, have ink, a smart mouth and a dirty mind - this latter always with apologies to my mom who wishes she could wash it out with soap!

This journey of writing I am on is by far the most landmark moment in my life. I will always hope that my characters and their stories will bring as much enjoyment to my readers as I get from writing them!