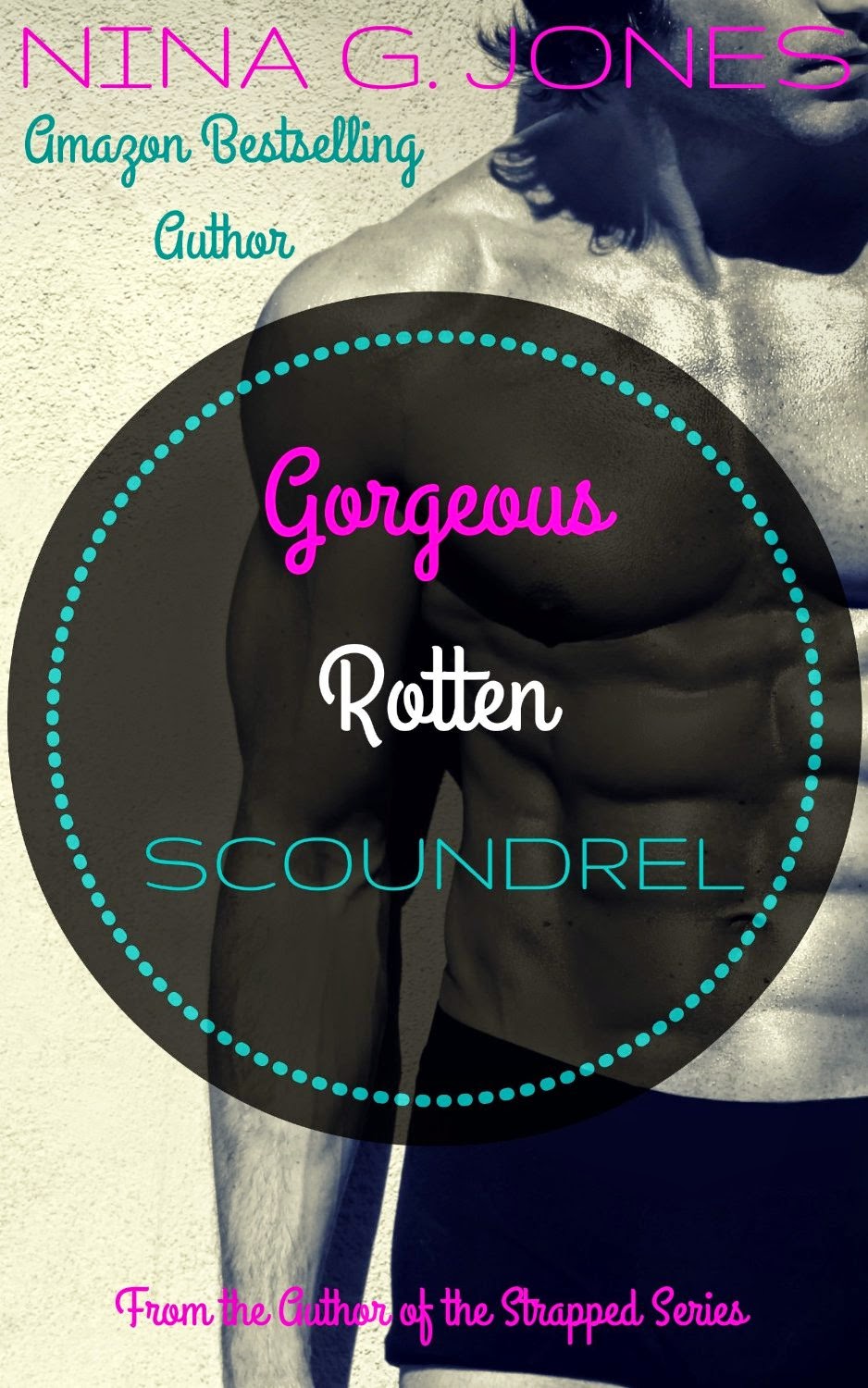 He was a pig, a jerk, selfish, callous, crude, tactless, prone to outbursts and gorgeous. The kind of gorgeous where you didn’t even attempt to hide the fact that you were staring. I knew the type: His entire life he has coasted on his good looks, artificial charm, and sex appeal. Everyone wanted to be on him or be him. I had been hurt by jerks like him before. He was like those guys but far worse.
I was the unfortunate sucker to be offered a gig I desperately needed as his live-in chef for a Summer in the Hamptons. But I wasn’t like the other girls, the models and socialites who came through the revolving door of his bedroom. I would bite the bullet, take the gig, deal with his sexist comments, his expectation that I would fawn over him, and have no problem letting the door hit my ass on the way out when I was done.
But then something unexpected happened that changed everything and I realized that there maybe more to him than the labels I had affixed to his character. Maybe.
But if he really wanted me, it wasn’t going to be easy, not like everything else in his life. He was going to have to work, I was going to make him miserable. He was going to hate wanting me just as much as I hated myself for wanting him back.
Heath Hillabrand: International Supermodel. Womanizer. Gorgeous Rotten Scoundrel.
ADD TO GOODREADS

Scoundrel. What a great word! Makes me think of other Old World-y words, like cad and bounder. Honestly, the use of that word in title of the this book is what attracted me to it at first, then the blurb sucked me in. From the outset it seemed this book had a lot going for it. A man-whore male model, a beautiful but uptight personal chef and a Hamptons setting. Sweet, right??? Right. Gorgeous Rotten Scoundrel was definitely a "buy me and read immediately" book. I had it open on my Kindle, I was ready to go and I had new book tingles. I love that moment of anticipation before you start to read a new book, when you're hoping for good writing and a good story; where said books potential to enthrall you and suck you in is still at its highest...
Sadie is alone in world - aside from her ailing Grandmother - and working as a personal chef to NBA star Brock Jameson when she learns he's been traded. Suddenly, she's out of a job and trying not to get desperate. She can't follow Brock, despite his request that she do so, because her Nonna needs her. So, to earn the money she needs she takes a job working for super-hot male model, Heath Hillabrand. Sure, he's an arrogant, egotistical bed-hopping asshole that's determined to hit on her and/or make her uncomfortable but it's only for the summer and she needs the work. Heath isn't used to be turned down by women - he has a billboard in Times Square after all - so Sadie, the Ice Queen personal chef/party planner/assistant he's hired to help him enjoy the season, is a challenge. It seems his the-world-is-my-oyster attitude and her dislike of entitled, selfish pricks will keep them from truly getting to know one another, until an accident forces them to slow down and see who the other is beneath the surface.

I have to say, I was a little confused by this book. It seemed, on paper, to have all the elements that make a book un-putdown-able (What? That's a word!) The reality for me, however, was a bit different. While ultimately I enjoyed Gorgeous Rotten Scoundrel, the first three quarters of the book left me feeling somewhat detached from Heath and Sadie. He was asshole to her, she was a bitch to him. Even when they liked each other, they hated each other - or so it felt. Without feeling the underlying goodness in them or their true affection for the other, I struggled to get invested their story. Thankfully there was a series of "moments" throughout the book that made me chuckle, smile and hope for a better ending that they had beginning. Those moments offered a glimpse of what was to come and of the great book hidden below the frustrating lovers. They kept me reading and my reward came at about 75% through. Suddenly, Heath and Sadie interested me more. They changed from almost unlikeable to people I wanted to see make it. Perhaps that was Nina G. Jones' plan all along? To prove that all is not what it seems. It's a lesson the characters had to learn and it's also, apparently, a lesson I needed to learn. She changed my mind about them and made me care. She even made me well up, just a little. In the end, she enthralled me. She sucked me in. And she used the word "scoundrel". I call that good writing and a good story.
This is a standalone book, no cliffhanger.
~ Review by Beth

Nina G. Jones was born and raised in Bronx, NY and currently resides in Milwaukee, WI with her husband and two crazy Boxers.
She is the author of the Strapped series, and is currently working on an Erotic Romance, Gorgeous Rotten Scoundrel, slated to be released in Spring 2014. Nina lives a pretty wholesome life, but is fascinated with the dark side of things and has the mouth of a sailor. She loves watching true crime TV shows and it creeps her husband out to no end. Nina has a degree in Psychology and uses her characters as a vehicle to explore the human psyche.

a Rafflecopter giveaway
Posted by Give Me Books at 1:51 pm