Blog Tour - Talk To Me / Just Listen by Clare James 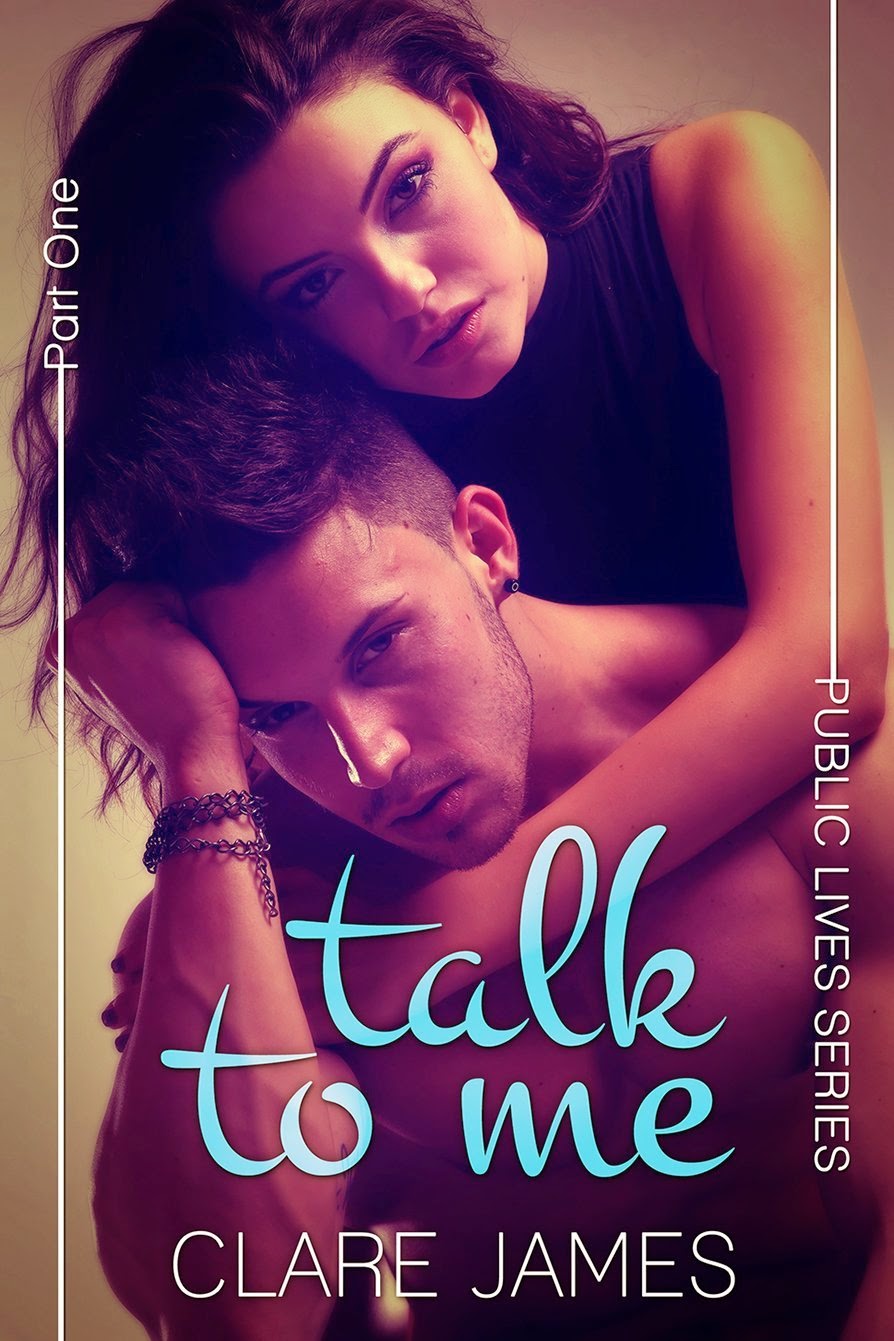 *Caution: This story contains explicit sex scenes with an alpha hockey player … who gives an entirely new meaning to the term Body Checking.*

Finn Daley took the world by storm two years ago when he was drafted by the NHL. The young, handsome, high-scoring player quickly became a fan favorite. He had everything going for him: fame, fortune, a promising career, and his pick of women. But when he made an abrupt exit from the NHL last spring, everything changed and he’s been in hiding ever since.

Casey Scott plans to find out why.

After interning for free all summer at the top television station in the Twin Cities, Casey lands an on-air gig. Trouble is, the new role is Sports Girl—which means reporting from local bars and tailgating parties to create excitement for the hometown heroes. All while wearing tiny team jerseys that are so tight they leave little to the imagination.

But she has a plan. Uncover the biggest sports mystery of the decade, and she’ll be on her way. Question is, how far will she go to get the story?

Clare James hit my radar a few months ago with her steamy book, Dirty Little Lies, which I loved, loved, loved! Naturally, I wanted to read Talk to Me. I do love me a good sports romance!

Casey Scott is trying to make a name for herself in the newsroom. She's sick of being just a pretty face with tits and ass. When she spies ex hockey player, Finn Daley sneaking into the arena, she knows if she can get to the bottom of his abrupt retirement she'll hit pay dirt.

Finn has been living his hockey free life in solitude. He's left the sport for a reason and it's a reason he's not disclosing to anyone especially a reporter looking for her big break.

What begins as a friendship between this unlikely pair, soon turns to flirtation. Casey knows she's on to the biggest story of her career. Will her feelings win out or will she betray the man who's begun to mean much more to her?

Serials seem to be the "IN" thing right now, much to the chagrin of some readers. Of course you know pretty much from the get go you're going to be left hanging until the next book comes out. On the bright side book 2 is out very shortly and it's not going to be a long wait. Let me tell you, not only did the author leave her readers hanging, but her characters as well! I LOVED the way this story was written and I'm anticipating the next book in a very big way! Holy motherloving cliffhanger!
~ Review by Erin 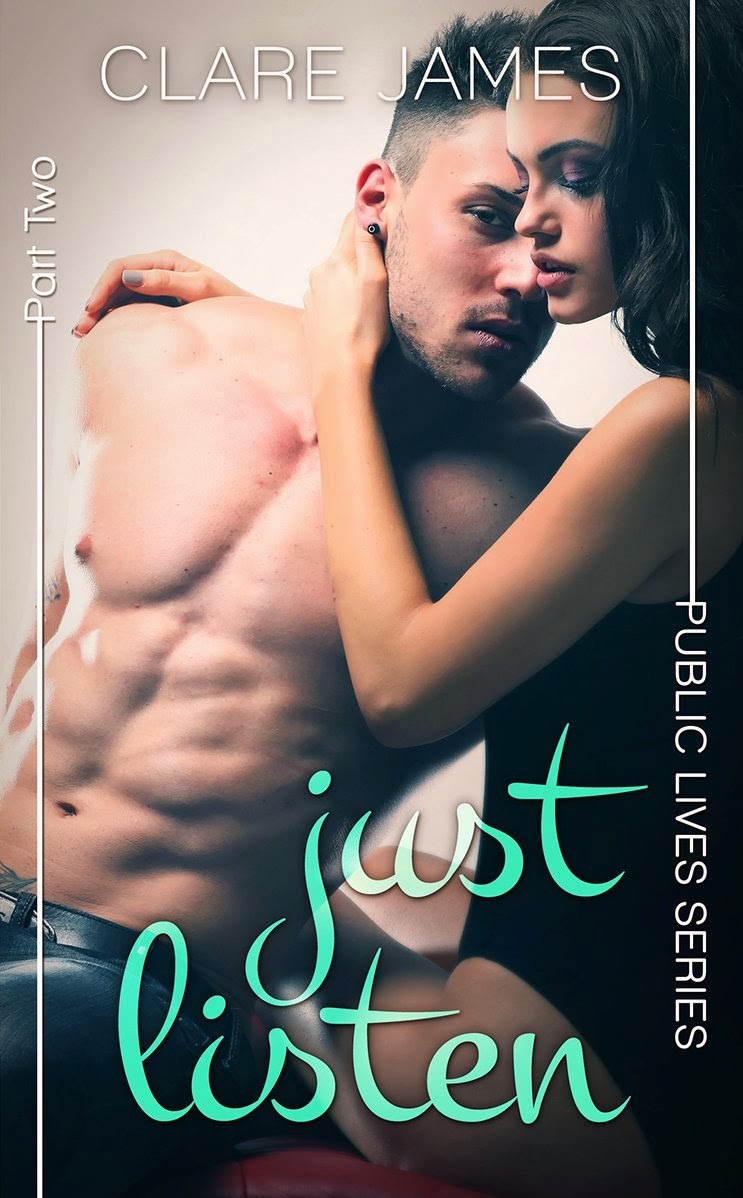 *Caution: Just Listen contains explicit sex scenes between an alpha hockey player trying to begin a new life and an ambitious reporter who will do just about anything to get her story … Conflict of Interest doesn’t even begin to describe the trouble these two get into.*

Aspiring reporter Casey Scott knows it was unethical to get involved with retired hockey star, Finn Daley, but she did it anyway. Happily. She also knows that she should tell him about her assignment, but she can’t seem to do it. No matter how many times she tries. With Finn, Casey experiences intimacy, pleasure, pain, comfort, and a strange sort of stability. Things she’s not yet willing to give up.

But when she finally uncovers his secret, the decision she has to make is harder than she ever imagined.

For Finn, his past, present, and future are colliding. And when he discovers the truth about the woman he’s grown to love, and the one he let get away, his world comes shattering down around him. With everything on the line, there’s only one person who can help. But is it too late?

Just Listen is the gripping conclusion of Finn and Casey’s story that began in Talk to Me.

Thank goodness I didn't have to wait a long time for the conclusion to this story! Clare really left me hanging at the end of Talk to Me.

This was a fun yet somewhat predictable book. While I did enjoy it, I kind of felt like the ending was a tad rushed. It's totally unique in the way it's set up and I love the hockey terminology, I learned quite a few new things. I guess I was just expecting more oomph. I needed more from these characters I had formed an attachment to. I  would love see some sort of spin-off involving Zack, Casey's brother.

Just Listen is the second and final installment in the Public Lives series and cannot be read as a standalone.
~ Review by Erin

Clare James is the author of steamy contemporary romance and new adult novels: BEFORE YOU GO, MORE and DIRTY LITTLE LIES. A former dancer, Clare still loves to get her groove on—mostly to work off her beloved cupcakes and red wine. A fan of spunky women, gorgeous guys, and super-hot romance, Clare spends most of her time lost in books. She lives in Minneapolis with her two leading men—her husband and young son—and loves to hear from her fans.

a Rafflecopter giveaway
Posted by Give Me Books at 3:12 pm