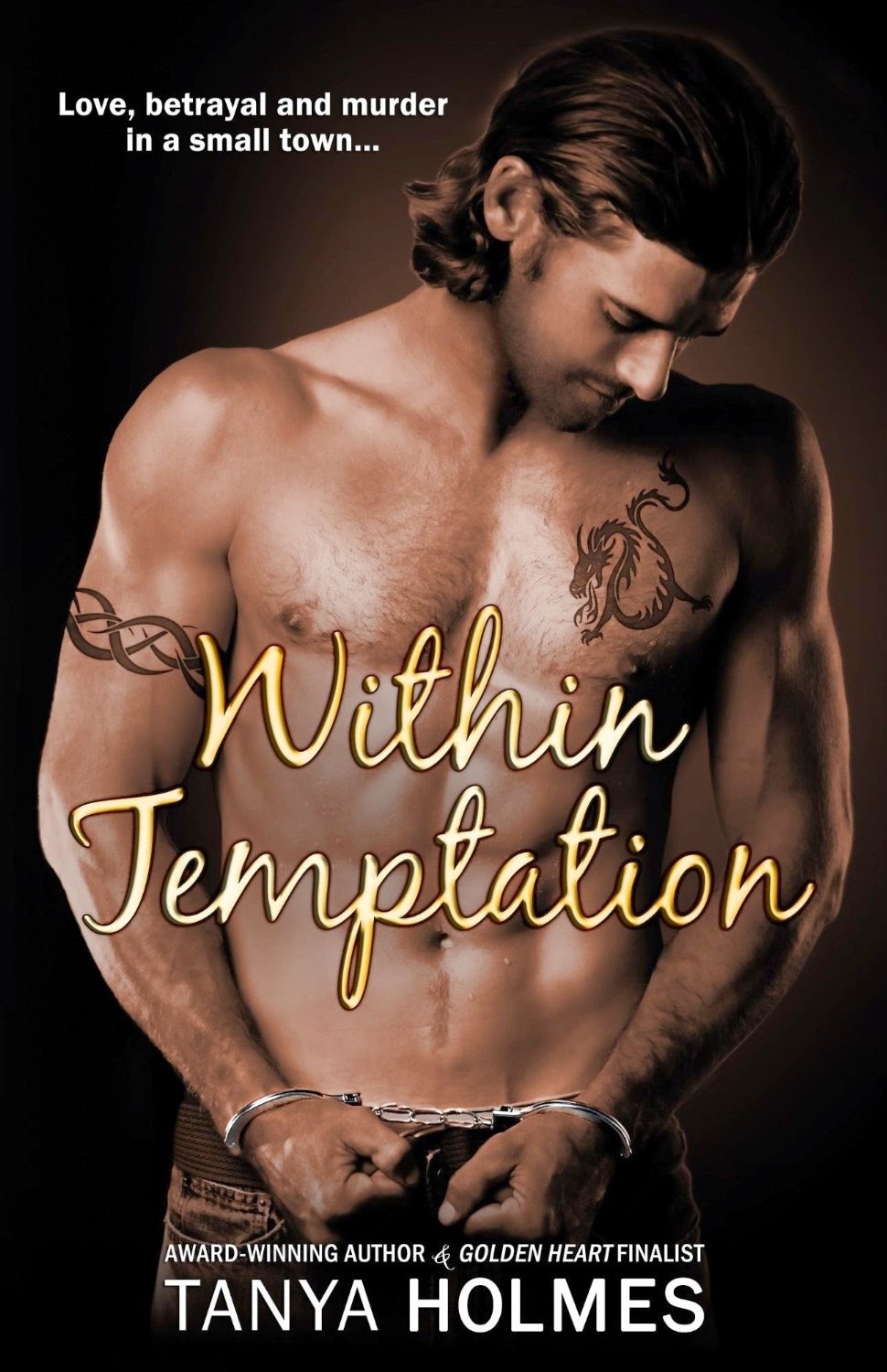 Love, betrayal and murder in a small town.

Twelve years after her mother's murder, Shannon Bradford fears she may have helped convict an innocent man. Even worse, her prominent family may have had something to do with it. Desperate for answers, she seeks help from the one person least likely to give it. Her best friend and childhood crush, Trace Dawson. The man she sent to prison.

Serving hard time for murder has left Trace angry and bitter. As far as he's concerned, digging into the past won't replace the years he's lost or erase the hell he's lived. Now that he's free, Shannon Bradford tops his list of bad memories. But he never counted on falling in love.

Set in a sleepy little town during the dead of winter, this award-winning romance novel is a tale of one woman's quest for truth and a man's struggle to forgive….

Before I started reading romance, my go-to for books was mystery/suspense novels. Loved them - still do, in fact - but I had to give them away when my hubby started working nights and I started jumping at my own shadow. So reading Within Temptation, which was a mystery/romance novel, seemed like the perfect compromise between my two favourite genres. But I made sure to read it during the day, just in case... (It wasn't necessary, it was suspenseful but never scary.)

Trace Dawson was sent away for 12 long years for a murder he says he didn't commit. In that time, he lost both of his parents and his brother was sent to a mental institution. Now free, he's headed back to the town he grew up in but it seems he's not wanted. By anyone. Shannon Bradford played a large part in getting Trace convicted of her mother's murder. She's not happy that he's back in Temptation but as fate brings them together on more than one occasion, and they start to delve in to her past, it becomes increasingly difficult to ignore their attraction...and the fact that Trace may truly be innocent.

This was a really interesting and suspenseful read. I was hooked almost immediately, completely unsure how the author would bring Trace and Shannon together given their past and intrigued by the central murder mystery and potential cover-up. The pacing of the plot was perfect - there was never a dull moment but it was also never overwhelming. The slow-burn between Trace and Shannon kept Within Temptation from becoming too unrealistic (if someone allegedly murdered your Mum, would you jump in the sack with them straightaway?) and the unusual family dynamics were important to the flow of the book. The only sticking point for me was the relationship between Shannon and her fiancé, Darien. I didn't understand it - neither did Trace - and the scenes with them frustrated me a little. But that is a minor complaint in what was a fantastic debut from Tanya Holmes. I'm looking forward to reading the next book in this series... Hell, I might even read it at night!!

This is the first book in the Son of Temptation series and can be read as a standalone, no cliffhanger.
~ Review by Beth

This is one of those books that has something for everyone. Romance, mystery, engaging plot, and a love triangle to round it all off.

Trace has just been released from prison for a crime he claims he didn't commit. Now he's back and he wants answers. Shannon is the woman who testified at his trial and ultimately slammed the cell door shut on him. She's terrified to face her past and what she may have blocked out.

This is definitely more mystery heavy than romance heavy. The majority of the plot centers around finding out who really killed Shannon's mother. The love story really plays a secondary part in the book.

There are a lot of secondary characters sprinkled throughout the story. This was a bit confusing for me at times because there was just an overabundance of them and they had strange names. All in all it was a good book, definitely not my normal reading genre, but I liked it nonetheless.
~ Review by Erin

No more than two minutes could have passed, two of the most terrifying minutes I’d ever had. The left side of my face was numb with cold. My lips and hands ached too. I couldn’t seem to make anything move.
The details came in pieces. How I’d almost been run over. How a stranger shoved me to safety just before a Jeep playing target practice could send me flying.
Then as if someone had flipped a switch, sensory explosions filled the void. Horns blared. Somebody screamed. A baby was crying. And the wind howled while sounds burst forth in a crush of voices.
“I swear the brakes locked!” a teenage boy yelled. “She ain’t dead, is she? Oh, jeez. Daddy’s gonna kill me!”
“Don’t just stand there. Call 911!” a girl shrieked.
A cell phone chimed and someone started pressing numbers.
Next, an old man with a rough-and-ready voice said, “Pushed her out the way just in time. Another second and—”
“Is she dead or not?” the teenager demanded again.
While this was going on, I sat up, taking my time to ensure I was in one piece. Except for a sore hip, a bump on the head, and a scraped knee, I was fine. A woman standing nearby helped me, and as I got to my feet, realization dawned.
Trace Dawson had tried to save me.
I fought to see past the crowd into the parking lot, spotting him instantly. He’d just struggled to his feet and was staring right at me, his chin dripping blood. The people scurrying about and the cars streaming through the slush faded. Nothing but the two of us existed.
Memories flooded my mind, of the quiet riot he was, of the secret crush I’d had on him, and the extraordinary friendship we’d shared so many years ago. As fast as those images came, others replaced them.
I was thrust back to the crime scene, back to Mother’s corpse and the shirtless eighteen-year-old roaring obscenities while Sheriff Gray and a deputy dragged him away in handcuffs.
Trace Dawson the man glared at me now, and his eyes were hard and accusing, eyes brimming with fire and ice. A chill wind rumbled past him, but he stood as still as a statue. Only his eyes moved while he looked me up and down with agonizing thoroughness. The rage. The pain. It was all there.
“Trace?” I whispered.
In chilling silence, he walked away without so much as a glance over his shoulder.

Tanya Holmes is a former Romance Writers of America Golden Heart finalist, a recipient of the Maggie Award, the MICA Award, as well as Overall Winner of the Sandy Haddad Award and a two-time finalist and one-time winner of The Emily (Best of the Best). She's happily married with children and loves reading, writing and a good cup of coffee---but not necessarily in that order. Her debut novel, Within Temptation was released May 12, 2014.

a Rafflecopter giveaway
Posted by Give Me Books at 2:27 pm