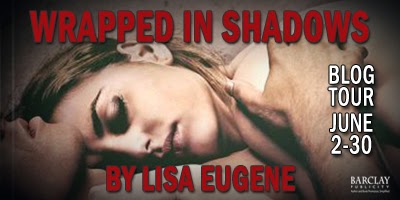 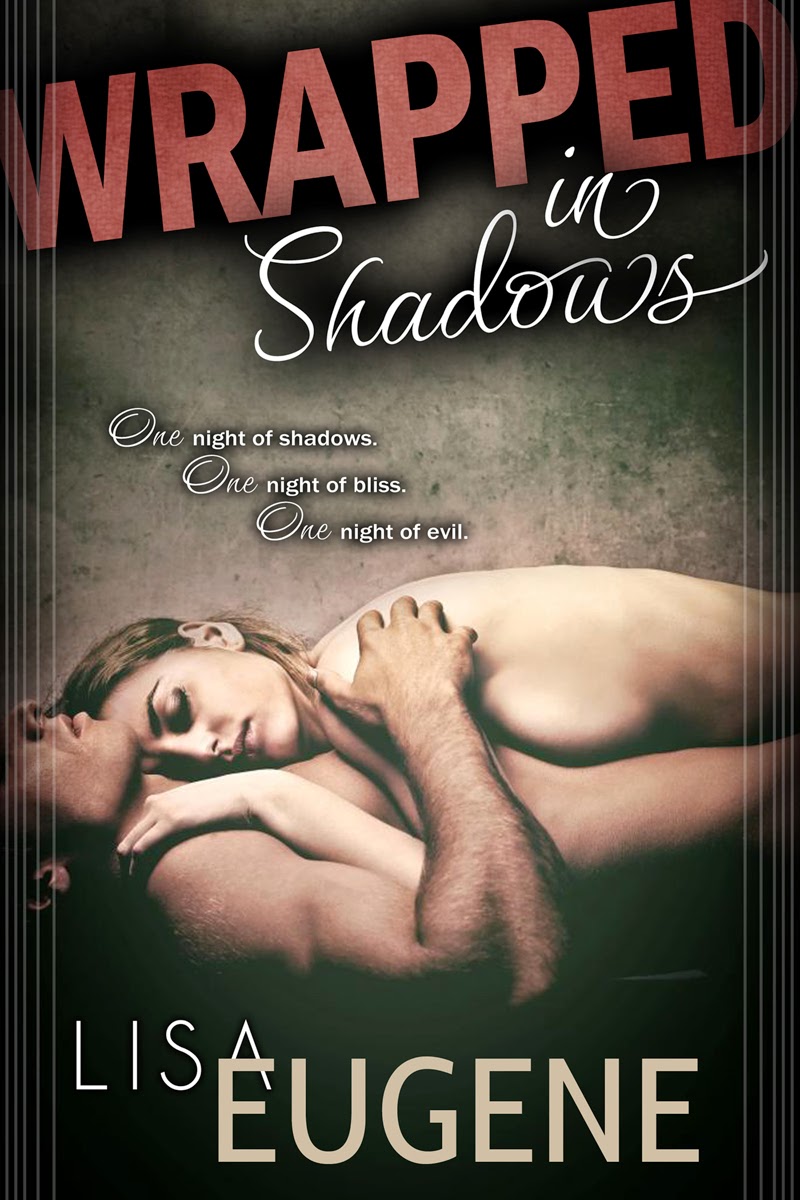 “Lisa Eugene is one of my top 10 authors. She writes some wicked good mystery-suspense-erotica that I LOVE! Gah it's so good!”  - Taryn Lee’s Book Blog

"From the moment I picked it up until the very last word was read, Wrapped In Shadows held me captive- I just couldn't put it down!" - Kris Walker, Goodreads

Katherine Regina Vandercamp has everything. Wealth. Beauty. Social standing. She’s the heiress to the Vandercamp fortune and engaged to the man of her dreams. One night it all shatters…

Finding her fiancé with another woman, she is distraught and makes a reckless decision to go with a friend to a sex club. Needing total anonymity, she has sex with a stranger in a room of total darkness, a sensuous cocoon of silky shadows. She has no idea who this man is or what he looks like. But it is in the shadows she finds solace. In the shadows she finds bliss.

She can’t forget this stranger’s touch, his taste, his scent. He infiltrates her dreams and holds her thoughts and body captive. But has she made a false assumption about her fiancé? Was he truly unfaithful? She regrets her hasty actions and is tormented by guilt. She is determined to marry the man she loves and forget her stranger.

Sinister events unfolded at the sex club. There was a gruesome murder and her stranger has been charged with the crime. Katie knows he’s innocent because she was with him at the time of the murder. She is more shocked to find that he’s not a stranger after all. What will she do? Will she reveal her horrible secret? Will she besmirch the Vandercamp name? Will she risk losing the man who has her heart to save the man who’s touched her soul?

Her life is in turmoil. All because of that one night.

A night that was wrapped in shadows...
ADD TO GOODREADS

While Wrapped in Shadows did start off slow for me and I disliked such long chapters, it turned out to be an amazing book. There was so much suspense my heart is still racing.

Who would have thought you could fall for someone you had sex with in the dark at a sex club. Never seeing their face but remembering their scent, voice and body. After Katie finds out who he is, will she choose to be with the man in the darkness or her fiance, Josh, whom she accused of cheating?
Katie Vandercamp, the main person working at such an amazing foundation, decided after finding her fiance with a woman, she'd go to a sex club to feel something, take the pain away. Who would have thought the name she registered with, Ivanna Gettof, would play such a part later on in her life. Tragedy struck that night at the sex club which left her wondering; why did she wake up alone, where did her mystery man go, did he kill the woman?

Why does someone die shortly after Katie visits somewhere?

Will Katie stay with her fiance to keep her mother happy and secret hidden?

Will the man in the shadows accused of murder get freedom?

Will Josh get what he deserves?

Will Katie get the happily ever after she wanted?

I loved the mystery, suspense, and romance this book brought on. Great work Lisa, can't wait to read more work from you.

Lisa Eugene began writing as a way to mentally escape from the hectic medical world where she has been a practicing nurse for over twenty years. After publishing her first novel, STRICTLY BUSINESS, she quickly learned that readers couldn't get enough of the world she created and now she lives out her wildest fantasies by writing steamy romantic suspense for her fan-favorite Washington Memorial Hospital series. When she's not plotting her next dangerous, fast-paced, sexy adventure, you can find her juggling a full time job, playing soccer mom, or curled up reading a good romance. Lisa loves hearing from fans; be sure to connect with her on Twitter at @lisaeugene43 or at lisaeugene43@gmail.com

a Rafflecopter giveaway
Posted by Give Me Books at 4:44 am