Cover Reveal - Give Me Grace by Kate McCarthy

Casey Daniels has a past forged in Hell. Despite the friends, the endless supply of women, and the muscle car he spent years restoring, it still eats away at him.


Grace Paterson is in Sydney as a temporary bassist for Jamieson, the band Casey handles security for. She’s also infuriating, off-limits, and completely irresistible.
A deal is struck, and despite their intense and powerful connection, both think it will be easy to walk away. But life can be more ruthless than either of them ever imagined. Not only does Grace have a secret she’s desperate to keep, Casey has questions from his past that he’s willing to do anything to get answers for.

It’s not until someone wants one of them dead that Casey realises his love for Grace is the one thing he could never walk away from.

In a story of revenge, betrayal, secrets, and love, Casey will need to reconcile his past with his present, before the future he never knew he wanted is snatched away. 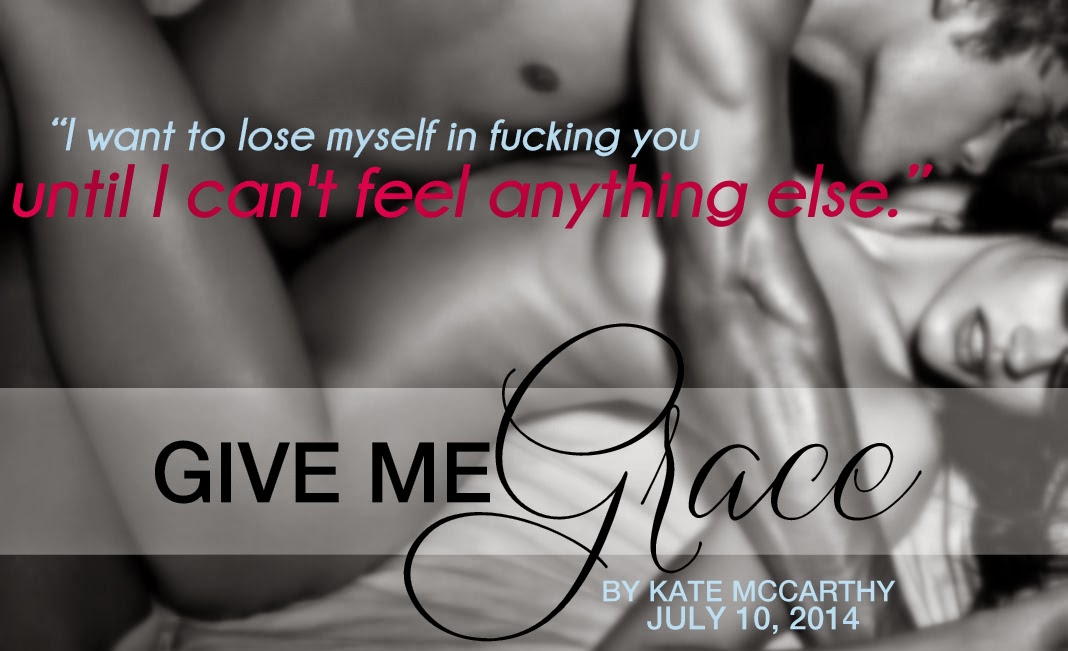 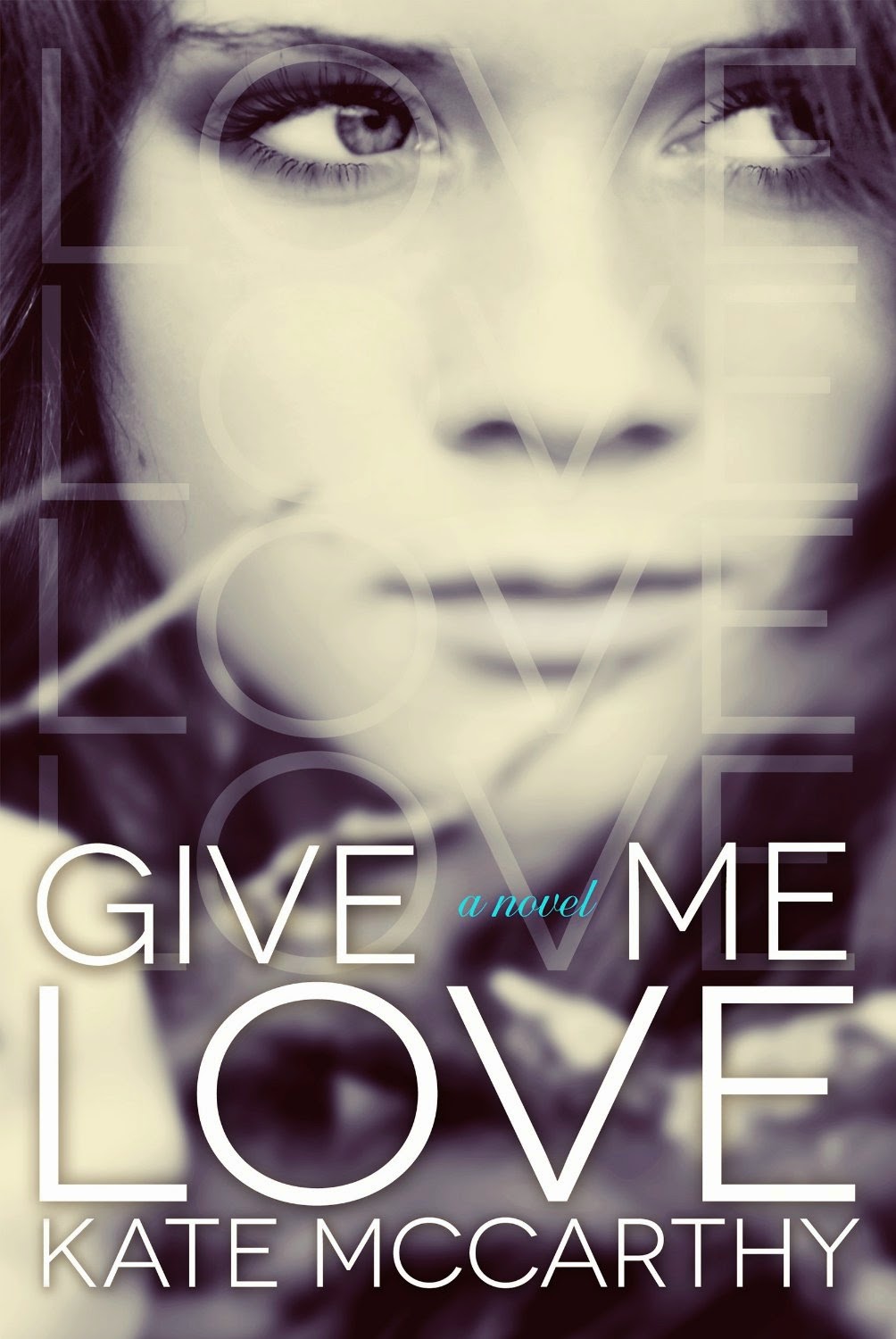 
Cooper topped my wine glass again without missing a beat.

I glanced sideways. “Are you trying to get me drunk?”

He leaned in, whispering, “Yes. Is it working? You seem a bit edgy.”

That was because my body was craving sex. Lots of it. With Casey. A quick glance across the table found him watching our exchange intently.

Between the revolving front door of the duplex and his roommate, finding privacy was going to be more complex than long division. He would either have to climb a ladder to my window or sex was going to happen in the back of his car, and because he was yet to mention anything about the damaged backseat, that option was off the table. The man was either biding his time or he hadn’t seen it yet. Considering I was still alive, I was voting for the latter, but it was only a matter of time.

Focusing on my plate, I picked up a piece of chicken and peeled the skin away. “Can you pass me a napkin?” I asked Mac on my left and licked my finger.

My phone vibrated in the pocket of my dress as she handed it over. Pulling it out, I saw a text message from Casey. I glanced at him across the table but he appeared in deep conversation with Travis. Swiping a finger across the splintered screen, I read the message.

I quickly tapped out a return message.

After reading my reply, he actually reached down, cupped the bulge in his pants and squeezed. My entire body clenched at the sight, forcing a light sweat to break out across my brow. I reached for the wine Cooper poured, feeling the urge to rub the ice-cold glass soothingly across my forehead.

After downing another half glass, I set it down and caught Casey intent on his phone, his fingers tapping away.

This was sexting? How did people survive it?

Mac was talking to me when my phone eventually alerted the incoming message. After taking a bite of chicken, I picked it up and promptly began choking.

If my cock looks half as good as your finger did the way it slid in and out of your mouth, then I want in.

Mac pounded me on the back with surprising force while I choked and wheezed. Jesus. The message basically said blow me now, yet he’d managed to word in such a way that I was ready to get on my knees right then and there. The man could charm the panties off a nun. I put my phone down to grab at the napkin Cooper waved in my face. Casey sat across from the table laughing at me while I dabbed at my watery eyes.

I narrowed my gaze on him with deliberate intent before I tapped out another message.

You said you were good with your tongue, Casey. Prove it.

Travis was talking to him when he opened the message. I watched his eyes flare wide before he typed out a quick reply and pocketed his phone.

I should’ve known better than to issue a challenge to Casey of all people. He was the type of man you saw running towards danger while everyone else was running in the opposite direction. I utilised a good three minutes eating another piece of chicken, finishing off my wine and getting caught in conversation with Cooper. I spent another minute wondering what the hell I’d gotten myself into. In the last minute left, I excused myself from the table and stood on unsteady legs. I glanced behind me as I walked inside. Casey was laughing at some comment Travis made that I didn’t quite catch. His eyes met mine for a split second as he said something in reply, and they were on fire. That was all it took to know I’d never wanted anything more in my life than I wanted him right now. 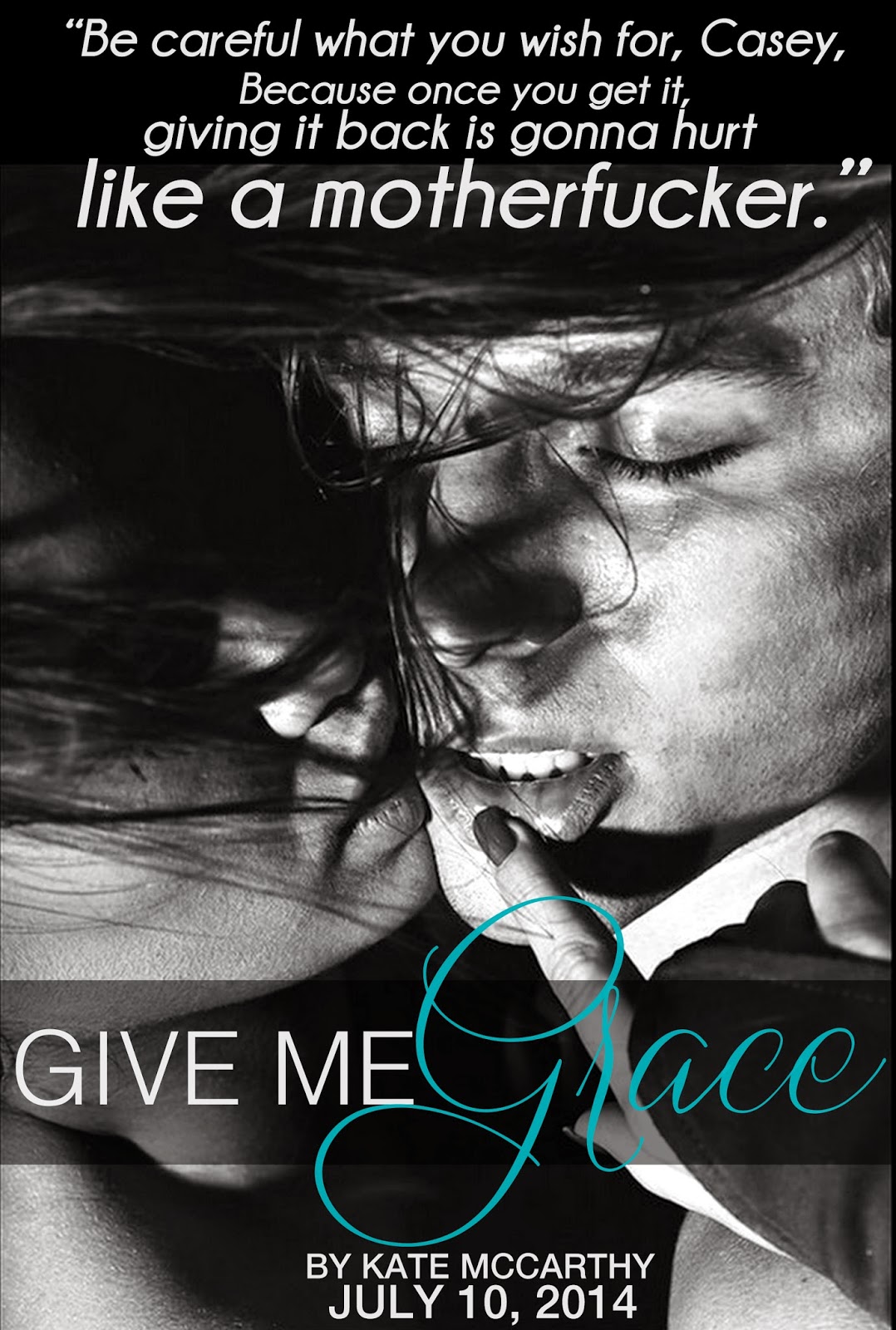 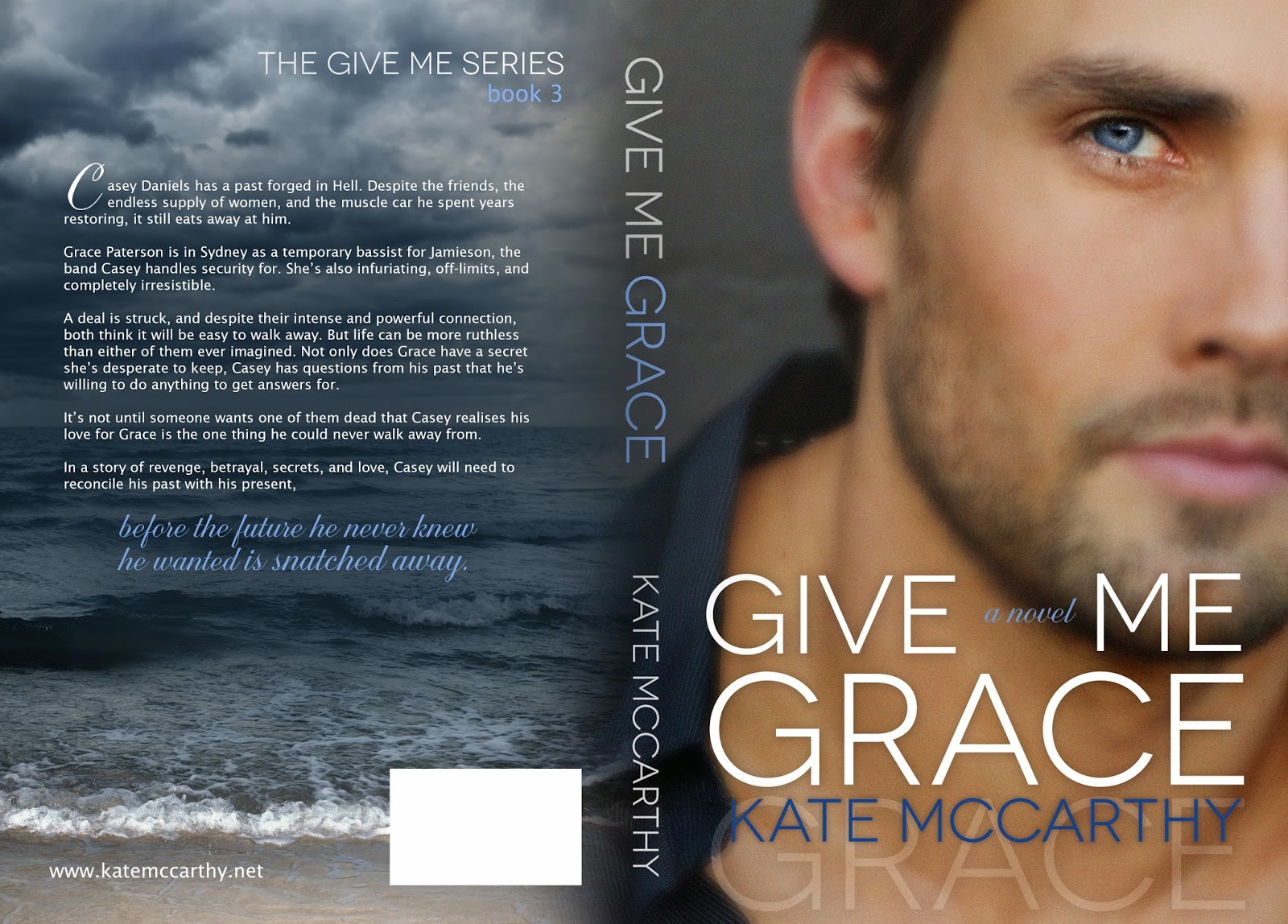 Email ThisBlogThis!Share to TwitterShare to FacebookShare to Pinterest
Labels: Cover Reveal, Give Me Grace, Give Me Series, Kate McCarthy