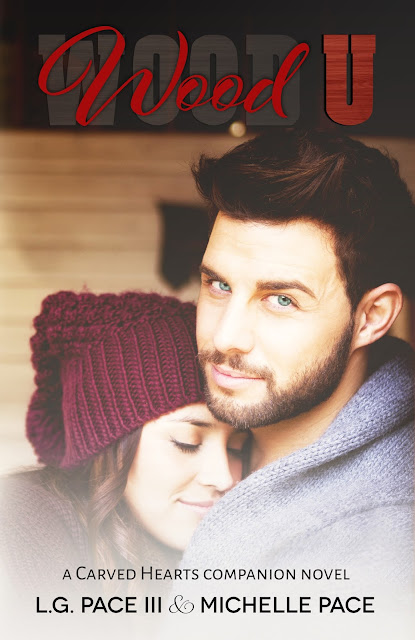 “Kelly Palmer?”
I knew the voice immediately, even though I hadn't heard it since I was twelve years old. My mouth went dry, and I almost dropped the phone. A wave of goosebumps rolled across my flesh.
“Yes.” I sounded scared, reduced to the child I'd been the last time I'd spoken with the man on the other end of the line.
“Hi, darlin’. It’s your dad.”

Kelly's world is far from perfect. She keeps several states between herself and her overbearing mother, and she's sick of her friends playing matchmaker. Her naive teaching ambitions haven't panned out, and after years of spinning her wheels in a troubled school district, she's tired of fighting an uphill battle.

Then her missing father calls, and she reluctantly heads to Texas to hear him out. Their reunion isn't exactly a Hallmark moment, but Kelly falls hard for the vibrant city of Austin, and Mac Hildebrandt, the blue-eyed smart-ass who works with her dad. Her choice to move isn't about her father; it's in spite of him.

Since his disastrous divorce, Mac's been satisfied as a bachelor. He's interested in two things: knocking boots and looking out for his kid. Kelly crashes into his life and leaves him reeling from the impact. Try as he might, he can't shake her sweet smile, and that body of hers ain't half bad either. Still, she's Francis's daughter, and Mac's volatile ex is a constant chore, so the complications are impossible to ignore. He ought to know better, but the sparks between them are just too tempting to resist. 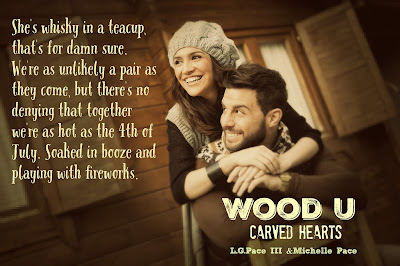 You might be forgiven for wondering about a book titled Wood U; after all, it's a little—okay, a lot—different. But if you've read the other books in the exemplary Carved Hearts series, or perhaps even if you haven't, then you'll want to get your hands on this book. Because it's…everything. Humorous and hot, angsty and awesome, emotional and engaging. Also, Mac. Oh, yes, MAC.

An out-of-the-blue phone call was the catalyst for a big change in the life of Kelly Palmer. After falling in love with Austin after a visit to meet with her long-lost father—even if their relationship remains tenuous—Kelly finds herself relocating to the intoxicating Texas city. And spending more and more time with her father’s equally intoxicating co-worker, Mac Hildebrandt.

Kelly is the complete opposite of Mac’s bitter ex-wife, and although his world revolves around one thing—his young son, M.J.—Mac can't get Kelly Palmer out of his mind. But with her strained relationship with her mother and non-existent-until-that-phone-call relationship with her father guiding her, Kelly finds it hard to accept that the intense chemistry between her and Mac has any hope of survival. Especially since Mac’s ex isn't about to make life easy…

Did I mention that this book is everything? Because, to me, it is. It was everything I had hoped for in a book about Mac and Kelly, having fallen for this pair during Joe and Molly’s roller coaster love story, which made up the first three books in this series. This series that remains one of my very favorites with this stellar addition tying with Good Wood as my best-loved of the lot.

Les and Michelle Pace smartly took this one back to the first phone call between Kelly and her father, Francis, who disappeared from her life when she was a child and, using that as a jumping point—and other moments from the earlier Carved Hearts books as markers—wove an amazing, heart-breaking, swoon-filled tale of love, anger, marathons and custom carpentry. Also, sexy single parenting. I have to agree with Jerry on that one—men that are good with kids are bad for the ovaries. As in, they make them go BOOM, just like Mac did mine… *Sigh*

As I regrettably inched ever closer to the end (because I seriously did not want this book to end), I feared the final result. I wasn't sure what I'd get, whether the ending would satisfy or frustrate me, and whether, like Joe and Molly, Kelly and Mac’s romance was too much for one book. I needn't have feared. This seamless writing duo had me speed-reading through the final pages, desperate to know what would happen, swooning, sighing and swearing as I found out, and then going back once my curiosity was satiated to re-read those final, perfect moments.

Side note: The important references to Joe and Molly’s books aren't too difficult to follow along with—speaking as someone that read and loved those books, but who has also read at least 100 other books minimum since Heartwood—so while I suspect you probably could read this one standalone, I wouldn't suggest it. Besides, why Wood U want to miss out on a book called Good Wood?
~ Review by Beth 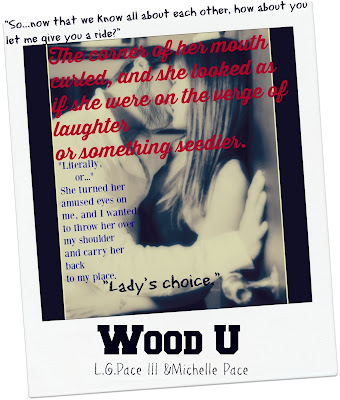 We were cresting the hill when the viewing platform became visible. I could tell the moment that Kelly caught sight of Lake Austin, because she gasped and turned a complete circle.

“Look! You can see all the way downtown!” she squealed, and her smile was like cool lemonade on a blistering summer day. She pulled me out of my introspection and back to my goal for the evening.

“Race you,” I said and took off running for the unencumbered view of the river. Being the competitive little nymph she is, Kelly tore off ahead of me. Seconds later she went sprawling, scaring the hell out of the couple nearby who’d been quietly enjoying the view. Her cry chilled me to the bone.

“Kelly!” I leapt forward, grabbing at her shirt as her body rolled toward the edge. My heart nearly stopped as I almost didn’t get a grip on her. My fingers dug into her, stopping her roll just three feet from the edge of the rock face.

“Jesus, Kelly.” My pulse pounded in my ears as I fought back the image of her lifeless body smashed on the rocks below. Pulling myself up beside her, I cradled her face in one hand, but my other hand wouldn’t cooperate. It seemed to have a mind of its own and it was refusing to let go of her shirt. I could tell by her twisted features she was seriously hurt. She reached down for her ankle, wincing.

“What just happened?” I asked her, baffled at her incessant ability to injure herself.

“I s… stepped in a h… hole.” Her breathing was labored and I looked up to see the couple from the nearby bench was running our way.

“Are you okay? Do you need me to call an ambulance?” The woman looked at Kelly then at me, as if trying to figure out if I was friend or foe.

I frowned, but offered my hand regardless. “Are you sure you can stand?”

“Of course I ca—” Her sentence deteriorated into an agonized exclamation, and she nearly fell over as she tried to put weight on her foot.

I righted her, and when I saw the tears that were welling in her eyes, I swept her up in my arms and started for the staircase.

“Wait!” She protested, her voice raspy from the pain. “We don’t have to go. I can hop on one leg.” I heard a sigh of longing from the girl behind us.

“You never carried me anywhere, Ted,” she said accusingly.

“I’ve got a bad back, and you aren’t that thin,” the man said dryly.

I fought back a chuckle. Kelly wiggled in my arms, and a pout appeared on her face. Her stubbornness was as adorable as it was infuriating.

“You need a doctor, Sugar.”

“But,” her lip trembled, “you can’t carry me all the way back down.”

I eyed her dangerously. “Watch me.”

Her soulful eyes that seemed incapable of disguising the truth, implored me. “Mac…”

“I got this, Sugar.” I said, and as if I’d popped her balloon, she deflated against me. She sniffed, and I kissed her forehead, without taking my eyes off the path in front of me. “I got you.” 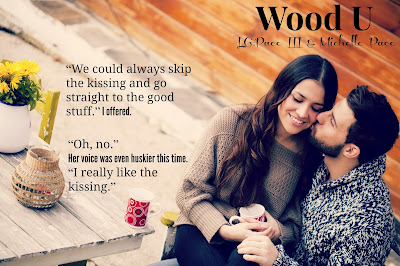 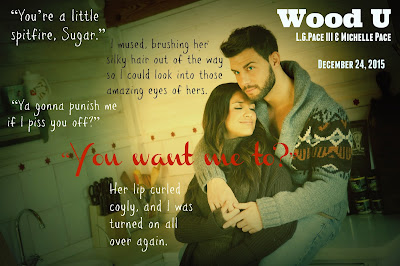 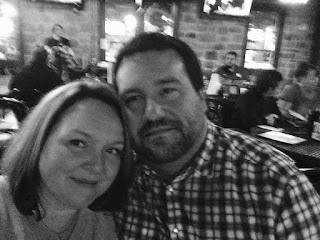 L.G. Pace III has spent several decades pouring creative energy into other things besides writing. He began his current journey by telling his two daughters bedtime stories about a magical realm and a hero named Terel. Though that story is still sitting unfinished in the electronic universe he has managed to bring several other stories out of the dark maelstrom of his mind for others to enjoy. He dwells in the great state of Texas with his wife, novelist Michelle Pace and their children.

OTHER WORKS BY L.G.PACE III:
Vigilance
The Lost One
The Paladin

Michelle Pace lives in north Texas with her husband, Les, who is also a novelist. A mother of three, this former singer and actress has always enjoyed entertaining people and is excited to continue to do so as a writer.