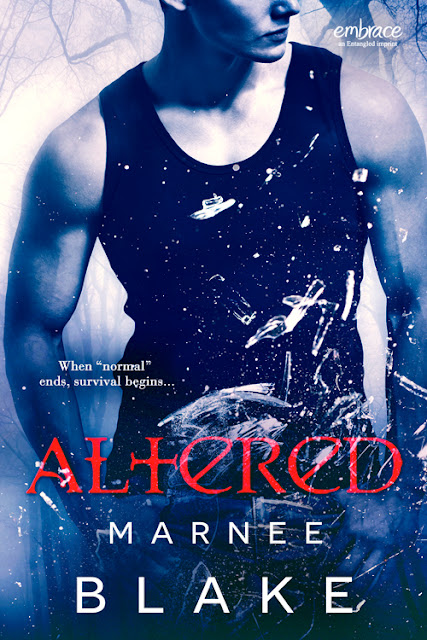 The sickness came on suddenly and violently. When it was done, waitress Blue Michaels was different in a really strange way. And the entire town of Glory was dead...except for her.

Only that's not exactly true. A handful of people made it, including U.S. Army Specialist Seth Campbell, who was caught in the wrong town at the worst time. He's fierce and protective, and way too good-looking. As much as they need a leader—as much as Blue wants to trust him—there are too many questions and not enough time for answers. Now they are hunted. But what their pursuers don't know is each of them has strange new powers. And they'll use their "gifts" to survive...no matter who stands in their way. 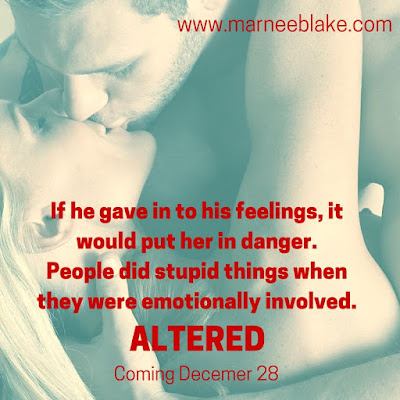 Seth is a Special Ops soldier, just passing through the tiny town of Glory (population: 23). The night he rolls into town, the entire town becomes violently ill. When they wake the next day, almost everyone is dead and the survivors, including Seth, have all developed super human powers.

Seth meets Blue in the aftermath, while they’re both discovering the horror of what has happened—and the two connect quickly. Together they find a handful other survivors—all with newly developed powers of their own—and then realize that they are being hunted. Whoever is responsible for what happened in Glory knows that they're out there, and are determined to get to them. Now, this eclectic group of "gifted" outlaws needs to stay on the move in order to survive.

Oh man, the blurb on this book sold me, so fast. A little creepy, a little X-men, and I needed to check it out. And it is creepy as Seth and Blue discover that nearly the entire town is gone—the setting and imagery are gruesome and eerie. Then, when they discover their new powers and learn how to use them, it's interesting and intense and a little exciting.

Unfortunately, the story kind of fell flat for me after that. The small gang of survivors is being hunted, but I felt kind of disconnected from that storyline. I think I wanted more action/adventure X-men shit and less "running from 'the man'". I also wanted more information on the doctor responsible for what happened in Glory—he seemed delightfully twisted and evil.

I also never really connected to the romance—it happened too quickly and then wasn't really developed. The push/pull didn't ring true to me, because I wasn't invested enough in Blue or Seth, and I was frequently frustrated by that. I needed more chemistry, more connection, and generally for things to go a little deeper with them.

Strangely, I was fascinated by Kitty and Nick—two side characters who may have left me with a sort-of massive side character crush. In parts, I felt more connected to them than I did Blue and Seth. Kitty's power was the most fascinating to me, so I'd definitely be willing to read more about them—which means that this book did its job. It set up a foundation for a series that I'm interested in exploring.

In all, it was an entertaining read. A fantastic premise and I think the series shows promise! I'm dangling on the edge of a cliffhanger and my curiosity is piqued just enough that I need to know what happens next!
~ Review by Shelly 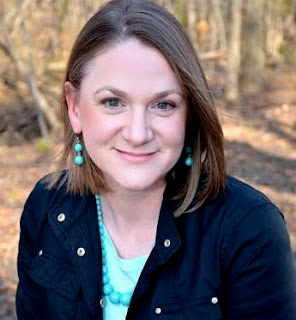 Marnee Blake was a 2014 & 2015 Golden Heart® Finalist and holds a BA in English literature from Dickinson College. She used to teach high school students but these days she only has to wrangle her own children. Originally from a small town in Western Pennsylvania, she now battles traffic in southern New Jersey where she lives with her hero husband and their happily-ever-after: two very energetic boys. When she isn’t writing, she can be found refereeing disputes between her children, cooking up something sweet, or hiding from encroaching dust bunnies with a book.