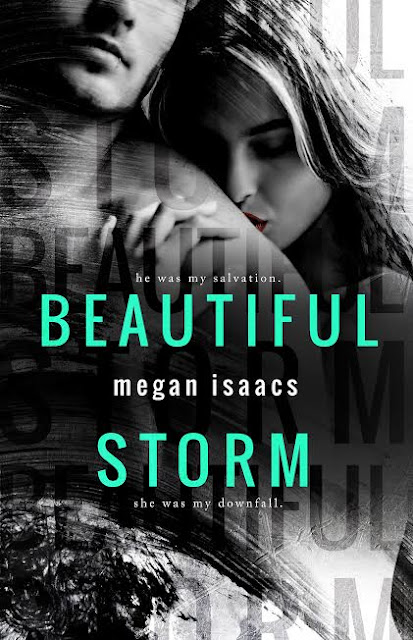 He was my salvation.

Interviewing the notorious owner of ‘Ignition’ should have been simple. When asked to go home with him, I should’ve said ‘no.’ But Noah Hamilton’s tattooed, hard body and rugged features were impossible to resist. I wanted him to touch me. And I longed to be loved again. I craved the escape and was desperate to know him. Much like his lifestyle, our heated affair took off at warp speed, proving to be stronger than either of us anticipated. Trapped between my past and future, there was only one decision to make. So I ran…

She was my downfall.

From the moment Lizzie Ryder stepped into my shop, I wanted her. Had to have her. A reserved journalist with a body of sin and mesmerising eyes was all it took for me to fall. Hard. The night she let me touch her, taste her, I knew I was done for. I never deserved her, but needed to make her mine. She found the heart I never knew I had, brought it to life, and then crushed it to dust. And just like her storm-filled eyes, I drowned in the flood of her desertion. Reaching my breaking point, I struggled to forget the only woman I ever foolishly fell for and dove headfirst into my dark past, barely surviving her.

And now she’s back.

What happens when our weaknesses become our strengths? Do we reveal and fight…or keep our secrets and run? And can we withstand the devastation left after the Beautiful Storm? 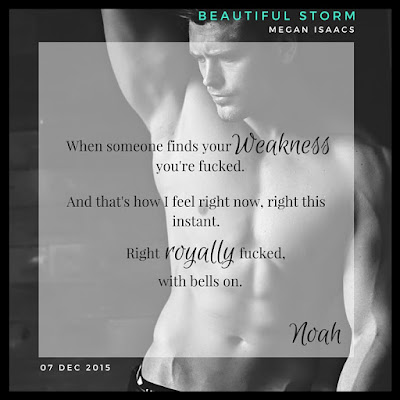 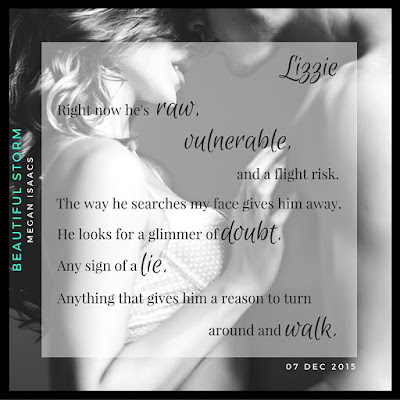 Chapter one sucked me in right from the first page, and there was no way I could put it down until I knew if she did or didn't, and if he did or didn't!

Lizzie meets Noah while doing her job and there Noah realizes that he wants to make Lizzie happy. One thing leads to another, and Lizzie and Noah are in a whirlwind of a relationship that had me happy but scared at the same time. From the beginning this was just sex and nothing else, but somewhere along the way it became more, much more than that.

As I kept reading, I kept hoping, wishing that they would be able to live happily ever after but I knew that life is never that easy. Lizzie has some serious decisions to make, but would she make the right ones? Noah never saw himself in a relationship yet with Lizzie he knows it's something that he wants…

Their story had me cringing, yelling and crying because, for everything they went through, life was cruel enough to deal another blow to them! But in my heart I knew that this could not be the end of their story; if anything it would be the beginning because a love like the one they had could withstand anything, even the lowest of blows life would throw at them!
~ Review by Kara

NOAH IS MINE!!! That’s right ladies, back off because he is spoken for. But I will let you borrow him to enjoy for a few hours while you read.

The story starts us out three years in the past, at an interview between Lizzie, a writer for a car magazine, and Noah, who owns an American muscle car repair shop in England. From the beginning you know these two will end up together in some way, shape, or form. But what you don’t count on is the uphill battles they face.

Lizzie is sweet. Like sugar, or the best chocolate bar you have ever had. While I may not have agreed with a big decision she made, I loved the fact that when she made up her mind, she stuck to her guns and didn’t back down, even from Noah.

Noah is sex. Pure and simple. With a hidden past, he is harder to figure out but you have no choice but to react to him. The other thing about Noah—when push comes to shove… he seems to run or push back. Not always a bad thing, but it made me want to grab him by the junk and pull him back!

I really enjoyed this book! I had a hard time putting it down once I started it and even complained to my husband that I didn’t want it to end. The characters are written so well and, even though they come from different worlds, they still seem to fit together like missing puzzle pieces. I can only hope Megan Isaacs decides to continue writing more about these characters. She has a true talent to keep you on the edge of your seat and squirming from the steamy scenes, all while keeping the reader guessing as to what will happen next.

So why did I give it a four if I loved it so much? There were some parts of the story that seemed to be missing for me... To have such big answers left wide open, for me, was a bit of a letdown.
~ Review by Devlynn

Noah Hamilton is the ultimate! Oh, and he’s MINE!! Yes, he is! Ducati riding, muscle car mechanic and secret keeping bad boy! Yep, he’s ALL MINE!

Liz Ryder is sweet, easy going and a journalist. One who knows about cars and man things. When she goes to interview Noah, she knocks him off his feet. His life is turned upside down in an instant.

But Lizzie’s eye’s hold a secret that Noah needs to know. A random meeting becomes a life changing event for both of them.

Lizzie is a survivor. That’s proven through and through the story. I love that she’s not only sweet but strong. She may not recognize her strength but it’s there and it comes through exactly when needed.

Noah’s default when he doesn’t get his way is alcohol. It’s his way of coping. I guess the demons in his head become too much and it’s the only way to quiet them.

Together, Noah and Lizzie are explosive. Their love just shoots of the page. It gives you ALL THE FEELS! The highs are oh, so high and the lows are extremely low. But together they work it out.

I wanted more… there were a couple of questions left unanswered in my mind, but the writing was phenomenal. I giggled at the terms used since I’m a Southern American (read: Texan) and they were a bit different. I was captivated from the beginning and couldn’t put the book down. I needed to know what happened next, how the story progressed, and, at the same time, didn’t want it to end. 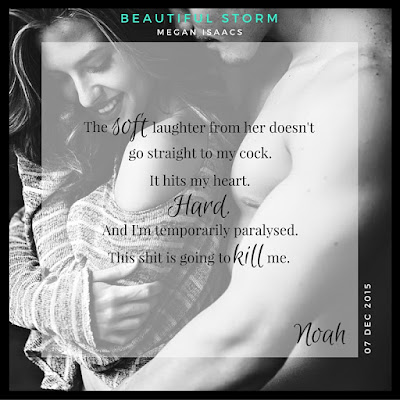 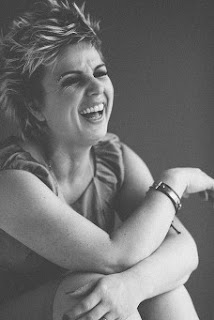 Megan Isaacs lives happily in the UK with her husband and son.

If you asked her about herself she would say she's completely mad. Always the introvert with an extrovert exterior. A complete mash up of improbabilities.

She loves her family, but that goes without saying, and she loves tea. Lots and lots of tea. She used to be pretty good shot with a shotgun, but hasn't shot since she was five months pregnant when she beat her husband for the one and only time. Hanging up her barrels seemed like a good idea after that. 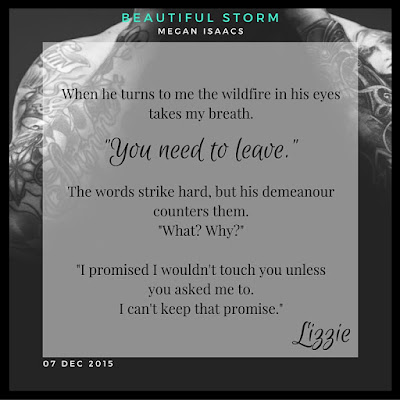