Review - You'll Be Thinking of Me by Densie Webb 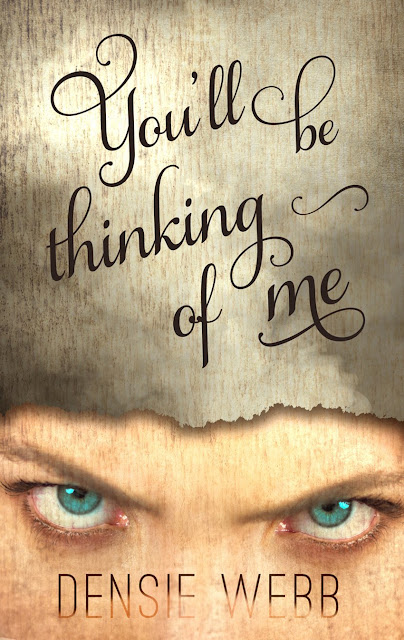 A chance encounter with a celebrity, an impromptu video, and a shiny new espresso machine. It all added up to a juicy tale for 24-year-old Rachael Allen to share with friends. But when her best friend posts the video online, bizarre threats, home break-ins, and deadly gifts from an obsessed fan follow close behind. Mick Sullivan, the star in her video, offers to help and in the process, Rachael discovers that despite his reputation as a player of Olympian caliber, he’s down-to-earth—and emotionally damaged. He has secrets; some he’s shared only with his pseudo best friend. Others he's shared with no one. But there's one secret he’s hidden from himself, washed away by too many beers. Despite wildly divergent life paths, their shared southern upbringing (and a passion for good music) creates a common thread that draws them together. As the threats escalate, and their relationship deepens, Rachael struggles to accept Mick’s past—and his present. And she is forced to confront her own obsessive love to ultimately decide if being with Mick Sullivan is worth the collateral damage.

YOU'LL BE THINKING OF ME is the story of Rachael's serendipitous encounter with a celebrity, her brush with obsessive love, and the bittersweet gift left behind by the very person fixated on destroying her life. 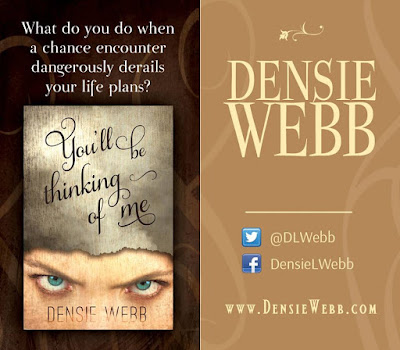 If you are a fan of a mind fuck, this book is for you! I was not expecting to have my mind blown to the point my jaw was on the floor from all the twists and turn, but that was what I got—and I LOVE IT!

When a chance encounter with your celebrity crush turns into more, you would expect some life changes. Maybe the paparazzi following you, fans talking about you, or maybe your name in the tabloids. But when a stalker sets eyes on Mick Sullivan and Rachael Allen, the whole world changes…

As I said before, this is a mind fuck you do not want to miss! I thought I had things figured out for a while, and I was so proud of myself. That didn’t last nearly as long as I would have liked, but Densie Webb had much bigger and better plans for the story than I could have imagined.

The characters, while in a world I will never be a part of or understand, were relatable and real. They were not perfect, but were perfectly flawed and I could not have imagined a better pair to deal with this ride.
~ Review by Devlynn 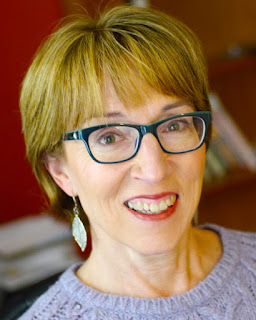 Densie Webb has spent a long career as a freelance nonfiction writer and editor, specializing in health and nutrition, and has published several books and tons of articles on the topic over the years. She is a member of the Women's Fiction Writers Association and SheWrites. Soul Mate Publishing is releasing her debut novel titled, "You'll Be Thinking of Me," as an ebook. A paperback will be released later this year. She grew up in Louisiana, spent 13 years in New York, and settled in Austin, TX, where it's summer nine months out of the year. She is an avid walker (not of the dead variety, though she loves anything to do with zombies, vampires or post-apocalyptic worlds), drinks too much coffee and has a small "devil dog" that keeps her on her toes. She has arrested development in musical tastes and her two children provide her with musical recommendations on a regular basis. 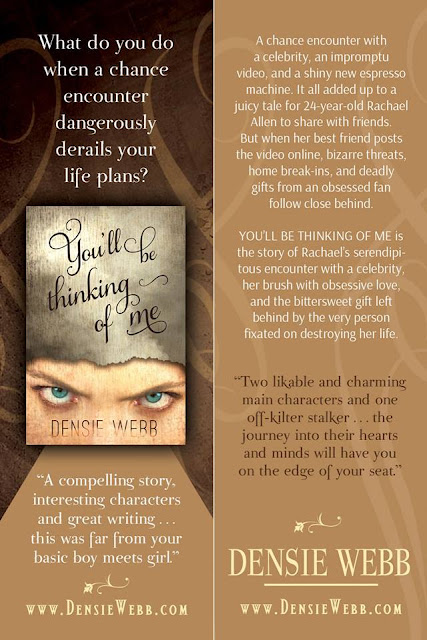 Posted by Beth Cranford at 1:22 am

Email ThisBlogThis!Share to TwitterShare to FacebookShare to Pinterest
Labels: 4.5 stars, Densie Webb, Review, You'll Be Thinking of Me