Review - The Fix Up by Tawna Fenske 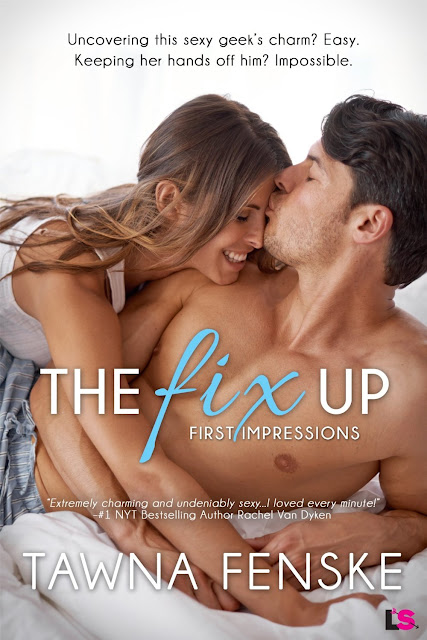 Uncovering this sexy geek's charm is easy. Keeping her hands off of him is impossible.

While he may look like the love child of a movie starlet and an NFL linebacker, Ben Langley has the people skills of a half-drowned porcupine. Why socialize when there are chemistry labs and bad sci-fi flicks? If he has any hope of taking the helm as CEO of the family business, Ben needs an image makeover. Pronto.

Enter Holly Colvin, owner of First Impressions public relations and branding firm, and the woman who just saved Ben from the clutches of an over-attentive sales clerk. Holly's rebranded hundreds of companies in her career, but she's never rebranded a person. The guy clearly needs help, though, and she's just the woman for the job.

With the clock ticking for them both, Holly and Ben face off over wardrobe malfunctions and business jargon that sounds a lot sexier than it should. But can Holly make Ben into the man he thinks he should be without losing the man she's starting to love?

Oh, Ben! Nerdy, dirty Ben. I have to say, this one surprised me a little. I was intrigued and amused and, yes, even turned on by this socially awkward CEO. I do love me a good geek story.

Ben Langley is much more comfortable dealing with scientific equations and formulas than he is with people. But that's not going to help him in his new role as CEO of the family business.

A chance meeting—and much-needed rescue—with PR specialist, Holly Colvin might be just the thing he needs to turn himself from geek to chic. And just what she needs to help her business.

If only they can keep their hands off each other—and stop Ben from becoming the one person he doesn't want to be...his father.

The Fix Up is completely charming, and chock full of hilarious, business-related banter. I think I laughed and smiled through the majority of this book because it was just a damn good time.

Ben, in particular, was a winning character. His awkwardness was adorable, and was well balanced by his emerging alpha tendencies. And whoa, when he and Holly succumbed to their mutual, electric chemistry, it was smoking hot.

I do wish I'd been able to better connect with Holly as a character—oftentimes I found myself frustrated with her reasoning for not getting too involved with Ben—but I can't deny that their meet-cute was sweetly perfect, and their non-date was completely endearing.

I'll definitely be back for more of this new series from Tawna Fenske, a new-to-me author. Is it too much to hope for more geek love?
~ Review by Beth

Ben Langley is hot as Hell but he has no idea. He's spent more time passionately engaged with science than with actual other human beings. He's socially awkward—which is maybe not such a bad thing for an engineer. However, he's now expected to take over as the CEO of his family business, and as the new face of the company, social skills just became incredibly important.

When down-on-her-luck PR & Branding specialist Holly Colvin rescues Ben from a potentially awkward situation, the two discover that the meeting may be divine providence. They both have something to offer the other—Holly needs money to save her business and Ben needs to basically re-brand himself into a charismatic CEO—and so they enter a business agreement. Let's just say that business has never been sexier...

Give a nerd a punny, quirky, fun sense of humor and I'm done. It's over. Ben wins. He wins all the things. My heart. My panties. All my feels. They now belong to Ben. He's adorable and sexy and maybe not quite as awkward as he should be in order to sell the storyline, but completely charming and swoony in a wholly geeky way.

Holly has a hard time resisting him (understandably) even though she knows she should. She’s walking a fine line between following her heart and making responsible business decisions—and Ben doesn’t make it easy on her. Watching Ben woo Holly is a thing of beauty (and so many swoons)! I really liked Holly—she was fun and feisty and kind of adorable in her own nerdy way.

This really was a cute, quirky, funny, super sweet story. I love this particular brand of humor, and the unexpectedly sweet way that Ben wooed Holly just completely won me over. Low on angst and high on giggles and heart happiness, I completely enjoyed it and definitely look forward to more!
~ Review by Shelly 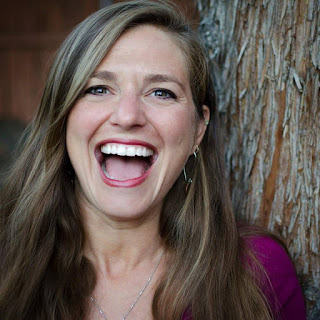 Tawna Fenske writes humorous fiction, risqué romance, and heartwarming love stories with a quirky twist. She traveled a career path that took her from newspaper reporter to English teacher in Venezuela to marketing geek to PR manager for her city's tourism bureau. An avid globetrotter and social media fiend, Tawna is the author of the popular blog, Don't Pet Me, I'm Writing, and a member of Romance Writers of America. She lives with her husband in Bend, Oregon, where she'll invent any excuse to hike, bike, snowshoe, float the river, or sip wine on her back deck.