Review - Not The One by Amy Daws 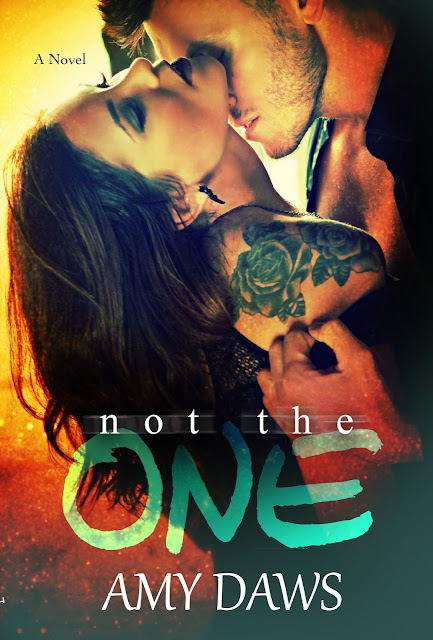 ~Not The One is Full Length Standalone Adult Romance~

My name is Reyna Miracle.
Even though a part of my name is Miracle, there’s nothing miraculous about me.
My body portrays the tales of my life.
Every feeling, every heartbreak, every emotion.
Marked. Inked. Stained.
A walking canvas of my messed up truth.

But there’s one confession I can’t put in a tattoo.
A confession that will kill me to tell, but my best friend died before I had the chance.

Now I’m left with him.
The only one who can hold me in the night and squeeze that spot on my neck that feels like my lifeline between sanity and chaos.

But we don’t work together.
We’re absolute poison for each other.
We’re a stifling, suffocating, sickness of darkness.

But I feel safe...because I’ve made an art of pushing people away.

Now he’s pushing back…
And making me believe...
Making me wonder...
Maybe, just maybe...
I could be the one. 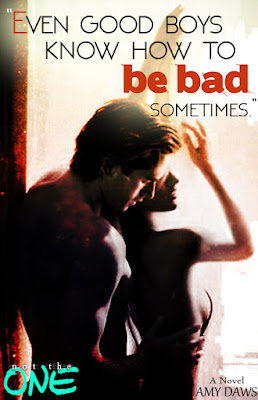 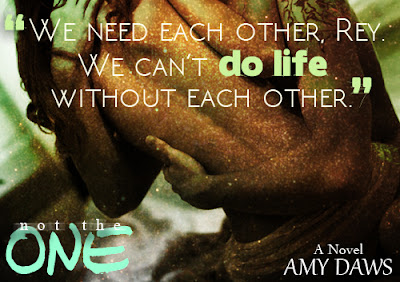 At first, I simply loved the cover—not only was it sexy, but a beautiful cover with color that just popped out. Then, I really had to think about this book when I was finished because it was more emotional than I thought it would be. That's not a bad thing at all, it just surprised me on how realistic it was.

Reyna "Rey" Miracle Miller has been to hell and just can't seem to get out of it. Not because she's tried, but because she feels that that's what she deserves! It was really hard reading how much Rey hated herself for doing what she did, or thought she did, and my two cents are that I just wanted her to forgive herself.

Liam has always had a thing for Rey, yet he never made it known until one night changed everything for them both. Instead of it being a wonderful change, it was a choice that left both of them heartbroken…

That fateful night made Rey who she is now and my goodness, it was heartbreaking to see her treat herself with so much hate. Now that Liam knows where Rey is at, he's making it his aim to get her back but things are never as easy as they seem.

One thing is for sure, when you really want something you have to fight for it like your life depends on it, and Liam did that despite Rey continually going against him. This really was not an easy story because of the self-loathing Rey felt for herself, yet when she finally saw the light she realized that she had the right to be loved like the next person. Have plenty of Kleenex and time on hand when you start reading Not The One because you will not be the same afterwards!

It made me think how there are individuals out there who have made grave mistakes and never really learned to forgive themselves, and my heart just breaks for them because we ALL make mistakes, big and small. Forgiving ourselves is something we all need to do because we are all human.
~ Review by Kara 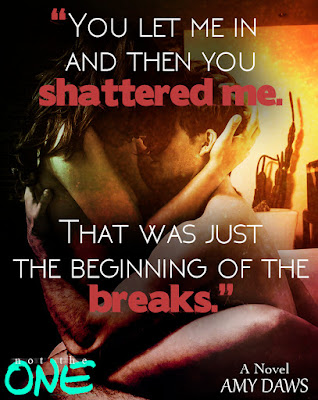 “Liam,” I groan. “You bought a fucking ring for her. For Marisa. Were you ever going to give it to her?” I turn to face him to watch his reaction.

He has the nerve to look offended. “That’s your question right now?”

“I don’t want to tell you because it shouldn’t fucking matter, Rey! We’re living in today. Right now. I thought we could be each other’s salvation if you’d have just allowed us to be!” He slices his hands up through his hair. “Hell, even after all this, I still think we belong together!”

“Stop saying that!” I scream. “I’m not meant for anyone, Liam! Don’t you get that? I just fucked my best friend…and kicked him out of my flat. Don’t you see? I will crush you. I leave a wake of dead bodies everywhere I go!” 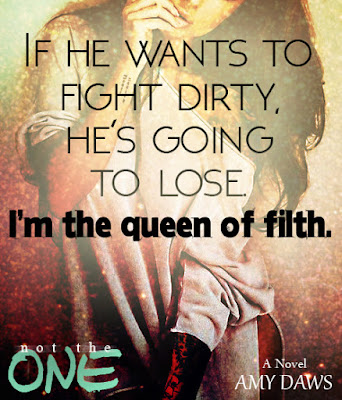 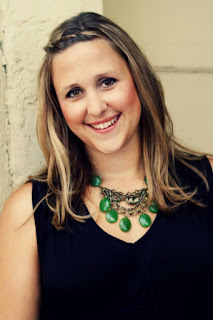 Amy Daws is a commercial producer and lives in South Dakota with her husband and daughter. The long-awaited birth of Lorelei is what inspired her passion for writing. Amy is a lover of all things British and her award-nominated romantic comedy series, The London Lovers Series, is centered around Americans in London. It's emotional and self-deprecating with lots of humor sprinkled in. On most nights, you can find Amy and her family dancing to Strawberry Shortcake’s theme song or stuffing themselves inside children’s-sized playhouses because there is nothing they wouldn’t do for their little miracle.

Email ThisBlogThis!Share to TwitterShare to FacebookShare to Pinterest
Labels: 4 stars, Amy Daws, Excerpt, Not The One, Review