Review - One Insatiable by Tia Louise 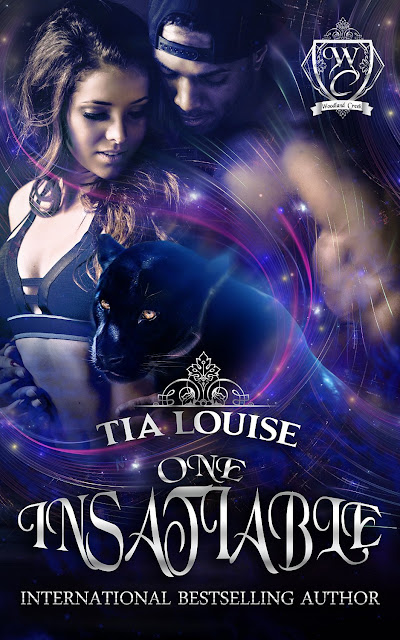 (Loosely based on the Hades & Persephone myth.)

One rogue panther, one restless lynx, one insatiable hunger.

Mercy Quinlan is a whip-smart lynx and the youngest in her shifter clan. She's tough and independent and dreams of escaping her alpha sister's control and living life on her own terms.

When a lone black panther shows up in her hometown, Mercy is intrigued. He's just passing through, which makes him perfect... Along with his broad shoulders, defined muscles, and sexy fighter moves.

Koa "Stitch" Raiden is picking up what's left of his broken life. Exiled from his black panther clan, he's running from Princeton to Seattle when he's drawn to Woodland Creek.

He's aware Mercy is watching him. What he doesn't know is the sexy little vixen who sneaks through his window each night is both the trouble he doesn't need and the hope he can't live without.

A STANDALONE Alpha Shifter Romance with an HEA, related to the One to Hold series. Contains alluring alpha heroes, scorching-hot shifters, and panty-melting sexy times. Keep the fans nearby... Readers 18 and older only, please. 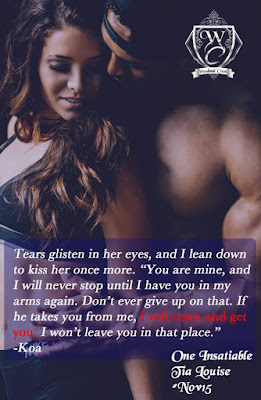 What a sexy paranormal ride! I need my own were-panther, please and thank you. Koa is one of the sexiest men I've read about lately. His troubles stem from a youthful moment of hotheadedness and poor judgment that ended very, very badly. Feeling lost after his punishment, he is roaming across country (as a panther!) while trying to deal with the loneliness of his situation. He is not just a typical traveler, however, and he finds himself passing through a town that is anything but normal.

Mercy is also a shifter—her form, however, is a lynx. What a fun animal to shift into! Mercy is part of an old family who live almost as royalty in the small town. Her sister is the Alpha of their small clan, and Mercy feels oppressed by her overbearing control. I loved how Mercy refused to succumb to the "poor little rich girl" syndrome! She has made friends in town, holds down a job, and *gasp* even takes the bus! Her first encounter with Koa was, Oh. My. Goodness. Yes, goodness is a rather perfect term for it. Boy, was this book full of goodness. Sexy, muscular, sparks flying off the pages, goodness. Yum.

Their relationship is relatively uncomplicated. Yes, they have their drama and their issues. The crazy attraction and respect they feel for each other is enough to overcome those trivial matters. What really throws a wrench in their plans is when the real twist is reveled, and all of Mercy's family secrets come to light. This was so much fun to read about! Such a fun twist on some old mythology that left me unable to put it down. I had to know what was going to happen, just how they were going to get out of that mess, and I was on edge hoping for their Happily Ever After.

So many things to love about this book. This series really. A town where nothing is what it seems, characters who are more than meets the eye, new takes on old tales. And did I mention the sexy shifters? This one is a must read!
~ Review by George 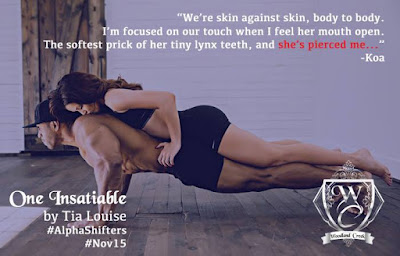 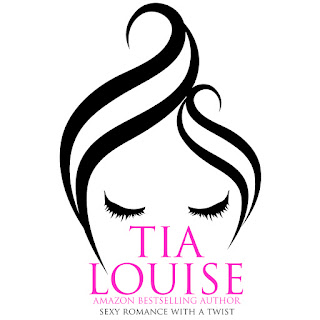 Tia Louise is the Award-Winning, International Bestselling author of the ONE TO HOLD series.

From "Readers' Choice" nominations, to picking up USA Today "Happily Ever After" nods, to winning "Favorite Erotica Author" (2015) and the "Lady Boner Award" (2014) (LOL!), nothing makes her happier than communicating with fans and weaving new tales into the Alexander-Knight world of stories.

A former journalist, Louise lives in the center of the USA with her lovely family and one grumpy cat. There, she dreams up stories she hopes are engaging, hot, and sexy, and that cause readers rethink common public locations... 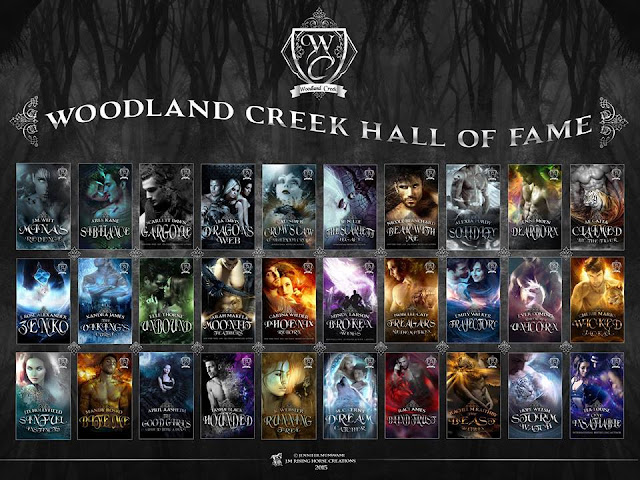