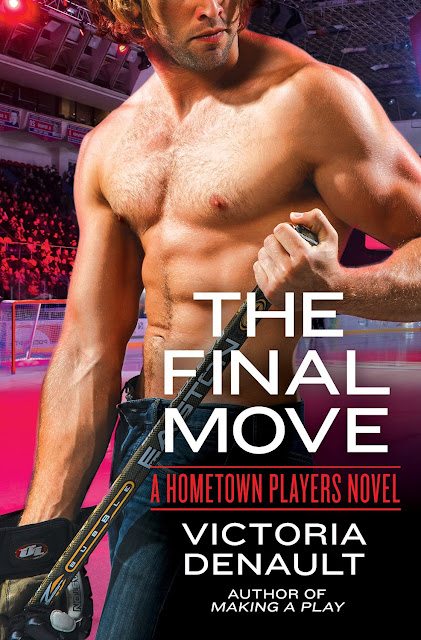 Hockey legend Devin Garrison thought he blew his shot. But his relationship with Callie Caplan just went into overtime.

Sexy, rich, and one of the biggest stars in the NHL, Devin Garrison has always been the one who had it all. That is until his marriage falls apart and he realizes he has to start over. If he's honest, there has only been one woman who ever really excited him-Callie Caplan. They shared a night that was hotter than the late-summer sun, but in an instant-Callie was gone, pretending it never happened.

Callie Caplan isn't the wild child people think she is. It's true she's avoided relationships, but only because she's seen how crazy love can be. And her messy, imperfect life is crazy enough without opening her heart to a man-even one as picture perfect as Devin. But when fate brings them back together-just as they need each other most-Devin is determined to convince Callie that what she's feeling is real. And this final play may be their chance at forever . . . 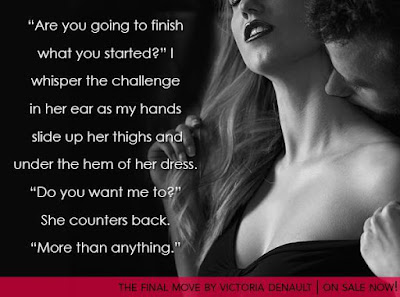 Hockey players are the best!

Well, they sure are in this series that’s all about the Garrison brothers, their on-ice brethren and the women they love. This time out, Devin Garrison and Callie Caplan are in the spotlight and things are heating up! If you’ve read the first books then these names are familiar, as is their backstory. If you haven’t read the first books, drop what you are doing and get to it—these hockey hotties are too good to miss. Oh, and of course for the backstory.

Callie has made a point to not let anyone get too close—not with memories of her childhood never far away. Her sisters, plus the Garrisons who pretty much helped raised them, were her inner circle and she let very few others in. That didn’t mean she didn’t enjoy life and people—especially those men who triggered the tingles. Going in though, there was a time limit on her relationships and it wasn’t measured in anything more than hours….

Devin, on the other hand, embraced his marriage and his son so when his relationship ended he was blindsided. Reeling from the unthinkable, Callie seemed to effortlessly become more than a good friend to him and Conner. She literally moved in and provided the unconditional support he hadn’t known he was missing. Friends to lovers was not a huge leap for him but convincing Callie was not going to be easy.

I love the irreverent humor, the sweet love and the hockey culture/family that is part and parcel to this series. Devin is a HOCKEY player and if that didn’t warm my Canuck heart already, the rest of the package certainly would. He is handsome and loving (and a tingle-maker of the first order). Callie is the perfect match for him, if she would let herself believe. I so want her to believe!

Soapy, emotional and funny this is a stellar addition to the series. I hope there will be more!
~ Review by Diane 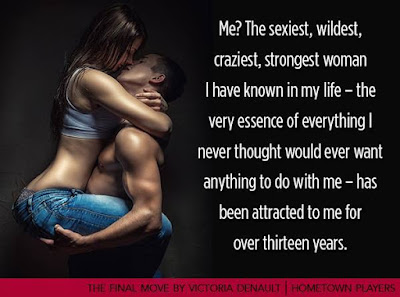 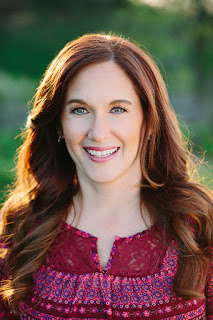 Victoria Denault loves long walks on the beach, cinnamon dolce lattes and writing angst-filled romance. Before focusing exclusively on writing novels Victoria was a journalist, a stand-up comic and dabbled in acting. She has lived in many major cities across North America, spent her childhood summers in Maine and adult summers in Spain. She's now happily settled in Los Angeles with her husband and their two chubby Chihuahuas.