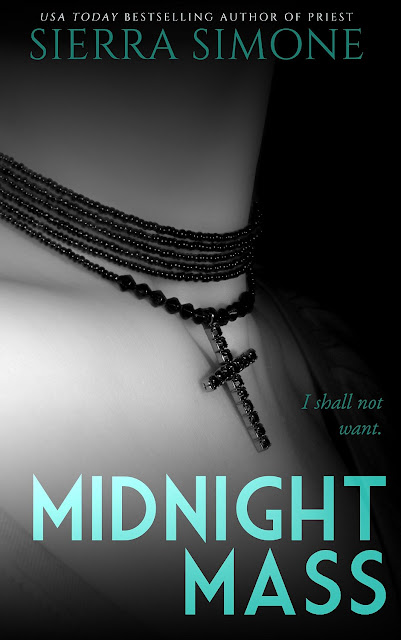 We are told that God will punish the wicked. That sinful men will reap what they sow. We are told to scourge our souls with prayer and pain to become clean once again.

Well, here I am. Wicked and sinful. Desperate to become clean…even though it feels so good to be dirty.

But even I never expected what came next.

Even I never expected my punishment to come so soon.

***Midnight Mass is a novella and a sequel to Priest. It’s intended for mature audiences only.*** 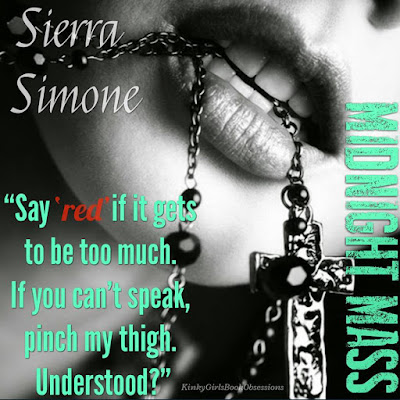 Don't read this one alone in the dark, and don't start it when you go to bed. Make damn sure you start it though! That may be some of the best advice you'll get all year, so heed it. You will not be able to put this book down.

Poppy and Tyler have one of "those" relationships. The kind that is all too real, with all the ups and downs that come with that territory. What they have that helps them stand apart from the couple next door is a raging passion for each other. A passion that really helps get them through when it seems as if their love just isn't enough. It's like an invisible tether, keeping them from losing sight of each other even in the worst of storms. Reading about that passion felt like a gift. A HOT, panty-melting gift. It is made into so much more than the usual sex scene because of their deep love and respect for each other. There is something about adding true love (not just insta-love, but real love, the kind that has established itself over time) to the mix that makes it all the hotter.

The angst in the story really begins with the normal ups and downs of a marriage. There just isn't enough time to fully appreciate each other. You have so many outside people to please that it's easy to let the one most important slip to the side, because you take for granted that they'll be there when it's over. That's the real life struggle, and so many marriages can't survive it. It broke my heart to see such a perfect couple—a couple who had already sacrificed so much to be together—falling victim to that classic struggle. I feel like I know them so well, and just couldn't stand the thought that they may be too oblivious or too stubborn to fix the problem. Then there were added issues and added heartbreaks to really take it over the top in the FEELS factor.

I finished the book in one sitting, because it's short, it's wonderful, and I could not let go of Father Bell and his Lamb. I cried, because it was already past my bedtime, because it was so emotional, and because it really hit me in all the feels. Then I woke my husband up, because I was grateful for our marriage, because I needed someone to hold me, and because this book was H-O-T and I just needed.
~ Review by George

I Floved Priest so I knew I had to get my hands on Midnight Mass and OMFG, it deliciously dirty and hot! We get to see a glimpse of Poppy and Father Bell's family life and let's just say, it's like he never left the church.

Even though it was a novella, it was packed with plenty of sassiness and sexiness, as well as a story of two people whose love for each other is tested in ways that, at times, seems like there is no way out.

One thing is for sure, Tyler's love for Poppy has grown with the years they've been married. He shows her countless times that he loves her—whether it's in private or in public—and goodness, my panties just were no match for Tyler's deliciousness!

Tyler's feelings of jealousy and insecurity drives a wedge between them, and for a moment, I honestly thought it was the end of them. Well, let's just say something happens that seems to bring them both in check and see what truly is important in life. There is a bit of sadness that had me tearing up but I knew that as long as they were there for each other, they would be able to survive it.

Deliciously sexy and naughty, and definitely a go-to book when I'm feeling ornery.
~ Review by Kara 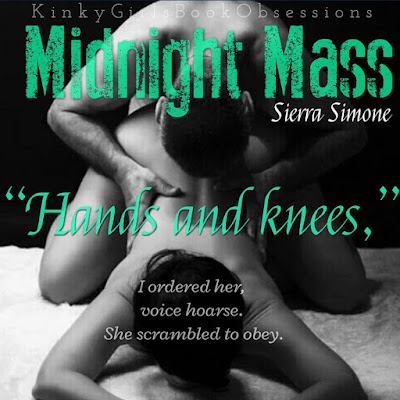 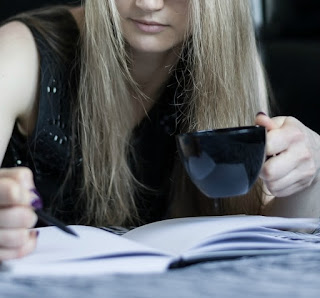 Sierra Simone is a former librarian who spent too much time reading romance novels at the information desk. She lives with her husband and family in Kansas City.