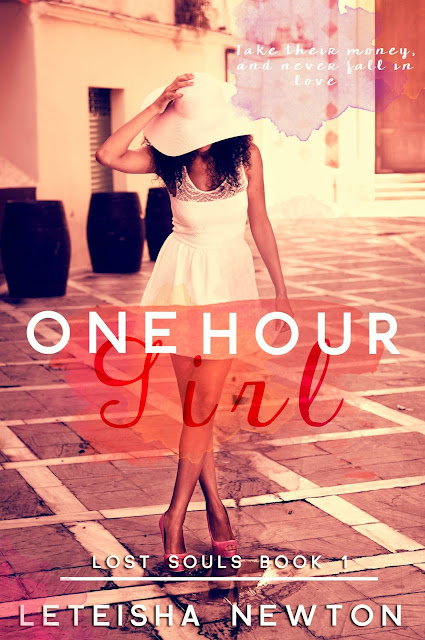 He thinks I’m his forever girl, I saw it in his eyes. I wished I could have slapped the look off his face and hit him with the same jarring finality I’d learned I didn’t mean shit.

I’m not a forever sort of girl.

I’m not even his for the night.

He’ll be lucky if I’m his for the next hour if he doesn’t pay me for it.

And then Royce Mattherson stormed my defenses. Took all the poison inside of me and pushed it out through my pores. He tasted the taint on my skin and still decided to love me.

He terrifies me. Exhilarates me. Frustrates me.

And he always gets what he wants. 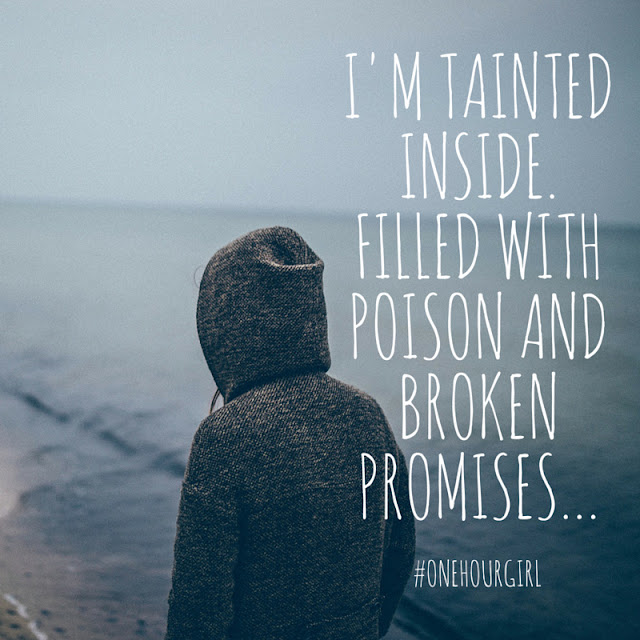 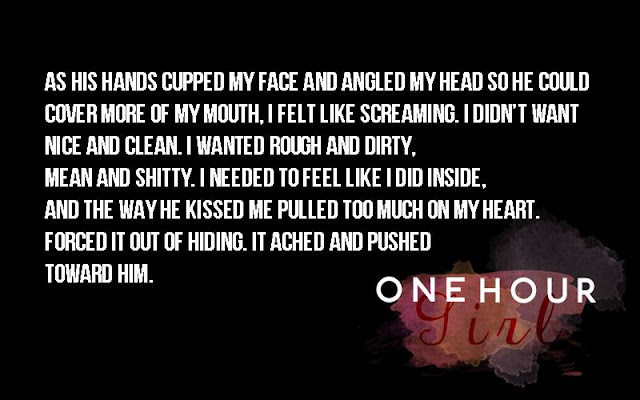 “You are my date for the night.” He said date like a curse and I arched my brow at him, irritated that I noticed his good looks when he seemed to be disgusted by the very thing I represented. This man probably never had to pay for sex in his life.

Well I wasn’t some newbie who’d let his actions hurt me. I wouldn’t.

“That’s what you paid for.” I shifted my chest so my breasts swayed a bit. His eyes left my face and his gaze followed the sway of my breasts for a moment before he looked back at me. So, not completely adverse to my charms.

“Your job is to stay silent, entice, and smile pretty. These men here are donating money toward my organization based on ‘paying for one of you for the night’” he said, fingers curling in quotation marks.

“I understand,” I said. This was business, and that I could do. Men with money did a lot of odd things with their money. I had more powerful men and women in my client list than I would have ever believed when I first started. This was no different, and the premise of the evening didn’t bother me.

It was the fact that the organizer seemed discomforted by his event. And his discomfort was extended to me.

And why it bothered me, I didn’t know. But it shouldn’t have. I shook my head, clearing my thoughts, and stood taller. I let my arms fall to my sides before I stepped up to his side. He stiffened a moment before relaxing as I grasped his arm in my hands. The cool material of his suit rubbed against my nipple and I sucked in a breath, and took in his scent with it. I could taste it on the back of my throat.

He smelled of sandalwood and Jasmine, but in a light, lingering signature that I recognized. I’ve smelled Clive Christian on a lot of men, but I hadn’t smelled it like this. Ever. I leaned in, inhaling more of his scent. My date shifted against me, and molded his body to my front. I let go of his arm with one hand and gripped his lapel. He held his body, hard and hot, against me. My breasts tingled, crushed to his chest, and I couldn’t stop myself from taking another whiff. My nose touched his neck before I realized it. I caught his swift intake of breath, the bite of his finger in my upper arms as he gripped me, and pulled me a little closer.

“You do your job well,” he whispered in my ear. His voice was low, seductive, and authoritative.

“But I don’t pay for kicks.” I stopped breathing.

He couldn’t have done a better job if he’d tossed cold water over my head and laughed in my face. I plastered a smile on my face, feeling the burn of embarrassment on my cheeks. I leaned back from him and looked directly in his eyes. He wasn’t going to scare me. He wasn’t going to hurt me like so many others had.

“Sugar, you spend over two thousand dollars on cologne made to attract women, and then buy escorts to earn money for your organization. You pay for tricks already, you just would have been much happier had you paid for mine. Shall we?” I gestured toward the open door, and the party he’d paid me for. He hid his momentary surprise well, the expression melting into a cool mask so fast I would have missed it had I not been looking at him.

Take that. I may be a lot of things, but your object of ridicule I am not. He didn’t acknowledge my statement, but he turned towards the door and walked with me out of it. I kept my grip on his arm, holding my head high.

“Royce Mattherson,” he said then, and I frowned over at him. “My name,” he added. A smile played on his lips, the left side a bit higher than the right. That smile, that show of imperfection made my heart skip a beat. I forced myself to ignore it as I thought of my reply.

“Nice to meet you, Royce Mattherson. I’m your one hour girl.” I bowed my head to read the watch on his wrist. “Of which, you have forty-five minutes left.”

He chuckled, a soft rumbling sound that had my toes curling. “I hurt your feelings, I see. Grow up, little girl. This world will crush you if you let it. You won’t make it very far if you don’t understand that.”

“You don’t know anything about me,” I hissed at him through clenched teeth, maintaining my false smile as he walked me up the hallway to the main part of the party in a ballroom.

“You’ve got a chip on your shoulder a mile wide,” he responded.

“Now who has the hurt feelings? I think you’re more bothered than you want to let on that I didn’t offer my services,” I argued.

“You’re here; I’ve already got your services. I just don’t want what’s between your legs,” he added. I felt his eyes on me.

But I knew what he said was a lie. I could read it in him. I’d bothered him. Stepped on his peace offering, but I hadn’t known how to read him. And, yes, I’d been sort of hurt, sort of bothered that he hadn’t reacted to me the way I’d hoped.

And where did that leave me admitting that?

He stopped with me. I turned towards him and ran my hand down over his groin area. His cock jumped under my hand. The desire was there, despite his words.

“I know this better than anything, and you do want me.” I trailed my fingertips over his shape. The cloth separated us, but his heat pushed through the cloth as I measured his girth. My pulse quickened. Yes, this is what I knew, what I understood. He gripped my wrist and pulled my hand away.

“You speak your mind, and I can respect that. But let me be perfectly clear, I have never, and will never pay for sex.”

“Is that your problem? And if we’d met in a bar? In a club late at night with the music thumping around us?” I asked.

“Then I’d have fucked you against the nearest surface until you couldn’t stand. And then I’d have walked away,” he answered. He stepped back from me and straightened his clothing before looking over at me with a question in his eyes.

I had no return for that. My body was hot with the idea, and the anonymity of the encounter would have been just what I liked, but something in me hesitated. Would I have liked to be a passerby in this man’s world? I didn’t know, and the lack of answer irritated me. I needed to get away from him, and the questions he brought, fast.

“I’m sure it would have been a fun time,” I answered, no longer interested in the banter. I gripped his arm once more and he walked into the party, his small crooked smile on his face again.

I hated that smile. It meant he won. That he’d bested me. I didn’t want him to win. I didn’t want to fall behind. And it irritated me that I care so much. And yet, as I listened to him talk about his organization, helping with domestic violence and using rescue dogs to help rebuild trust in those who’d learned only pain from their loved ones, there was no doubt he was an intelligent man. He was composed. He was a man that I could have liked. A man that I could have respected if my other side, the pristine side, the perfect side had met him first. Would she have sat and smiled, talked to him? Would she have blushed prettily at his compliments and challenged him with thought provoking conversation? Would he have liked her?

Because right now I was playing the whore, and, for the first time, I felt dirty and wished Ms. Perfect was in attendance. 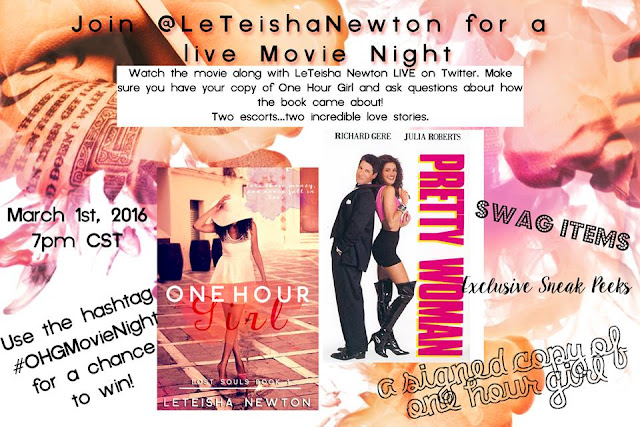 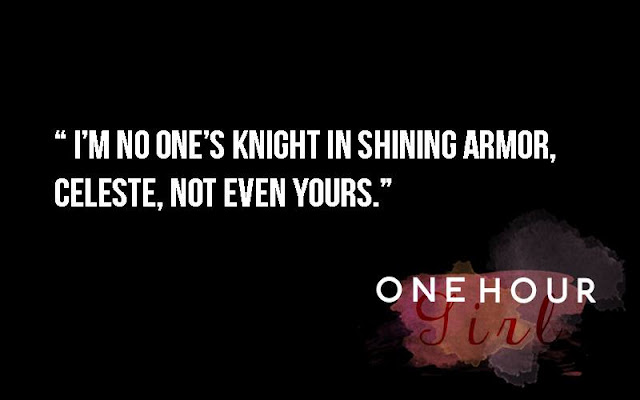 Writing professionally since 2008, LeTeisha has spanned from Fantasy to Interracial Romance on her road to getting the jumping characters out of her head. Most days she’s pretty color blind, unless it’s a great shade of red (then she can’t ignore it). Other times she’s plotting her next twenty books and then remembering that the computer can’t read her thoughts and doesn’t type at lightning speed. Either way, she just can’t seem to get enough of quill to paper…or eh…keyboard strokes, apparently. 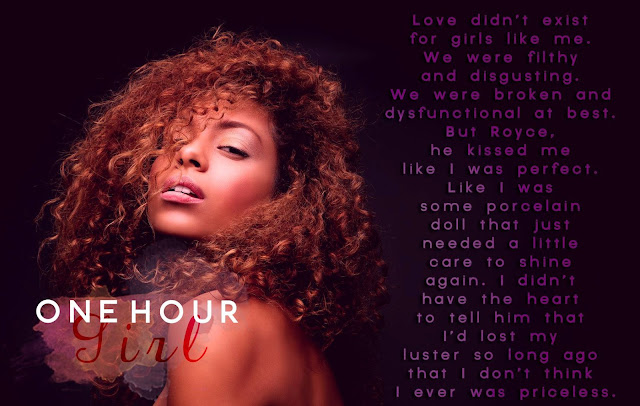 
a Rafflecopter giveaway
Posted by Give Me Books at 12:06 pm