Release Boost - The Art of Hero Worship by Mia Kerick 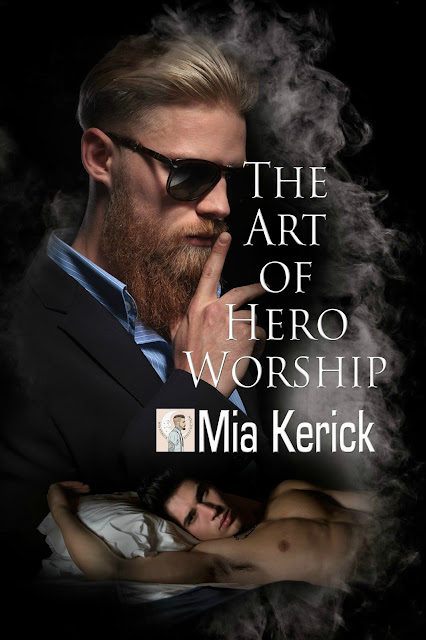 Trembling on the floor, pressed beneath a row of seats in a dark theater, college freshman Jason Tripp listens to the terrifying sound of gunshots, as an unknown shooter moves methodically through the theater, randomly murdering men, women, and children attending a student performance of Hamlet. Junior Liam Norcross drapes his massive body on top of Jason, sheltering the younger man from the deathly hail of bullets, risking his life willingly, and maybe even eagerly.

As a result of the shared horror, an extraordinary bond forms between the two young men, which causes discomfort for family and friends, as well as for Jason and Liam, themselves. And added to the challenge of two previously “straight” men falling into a same-sex love, are the complications that arise from the abundance of secrets Liam holds with regard to a past family tragedy. The fledgling passion between the men seems bound to fade away into the darkness from which it emerged.

Jason, however, is inexplicably called to rescue his hero in return, by delving into Liam’s shady past and uncovering the mystery that compels the older man to act as the college town’s selfless savior.

The Art of Hero Worship takes the reader on a voyage from the dark and chilling chaos that accompanies a mass shooting to the thrill of an unexpected and sensual romance. 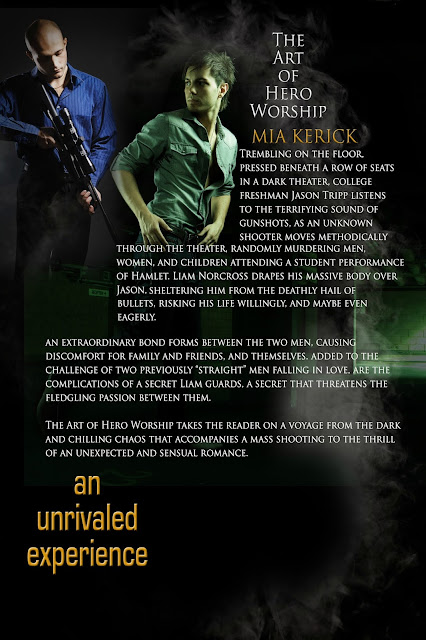 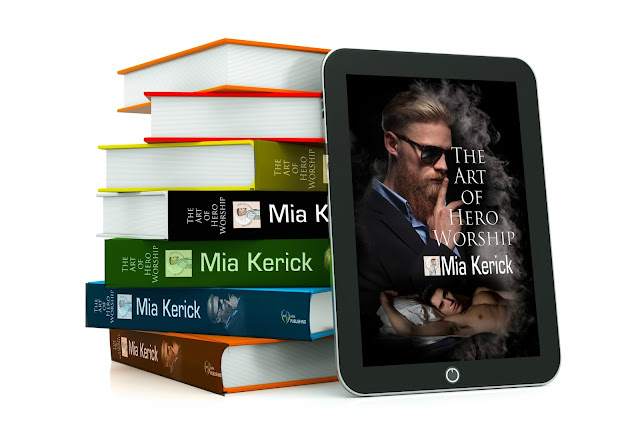 I wake up crying.

Okay… if I’m going to be real, I’ll admit that I’m sobbing. In these strong arms—no, sprawled on top of the solid chest of a man I hardly know—I sob in a way that I never have before. And hopefully, I’ll never have occasion to cry this bitterly again.

My emotions are practically indescribable, yet I need to apply words to them, in an effort to make some sense of what I’m feeling. The pain is raw, grating, and unbearable… and unfortunately there’s more. I’m guilt-ridden and mortified. Devastation crossed with desperation—this is me, at the moment.

And I’m not sure why I’m still here on earth. I want to disappear.

Liam stays silent, but I know he’s awake because his hands have resumed the rhythmic stroking on my back.

“Why’d you have to go and s-save me? Y-you should have let me d-die like I was supposed to!” I’m furious, which is evident in my trembling accusation. The pain would be over if he’d have let me die. I add mad as hell to my list of indescribable emotions. And highly irrational… I tack this one onto the end of the fast growing list.

Wide palms freeze on my shoulder blades and rest there heavily. “Sorry, dude, but it wasn’t your day to die.” He takes another one of those huge swallows of air that causes both of our bodies to rise and fall. Then the mesmerizing movement of his hands resumes. 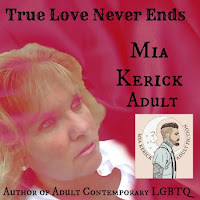 Mia Kerick is the mother of four exceptional children—all named after saints—and five nonpedigreed cats—all named after the next best thing to saints, Boston Red Sox players. Her husband of twenty years has been told by many that he has the patience of Job, but don’t ask Mia about that, as it is a sensitive subject.

Mia focuses her stories on the emotional growth of troubled young men and their relationships, and she believes that sex has a place in a love story, but not until it is firmly established as a love story. As a teen, Mia filled spiral-bound notebooks with romantic tales of tortured heroes (most of whom happened to strongly resemble lead vocalists of 1980s big-hair bands) and stuffed them under her mattress for safekeeping. She is thankful to CoolDudes Publishing, Dreamspinner Press, Harmony Ink Press for providing her with an alternate place to stash her stories.

Mia is proud of her involvement with the Human Rights Campaign and cheers for each and every victory made in the name of marital equality. Her only major regret: never having taken typing or computer class in school, destining her to a life consumed with two-fingered pecking and constant prayer to the Gods of Technology.

a Rafflecopter giveaway
Posted by Give Me Books at 11:56 am