Release Blitz - With Ties That Bind by Trisha Wolfe 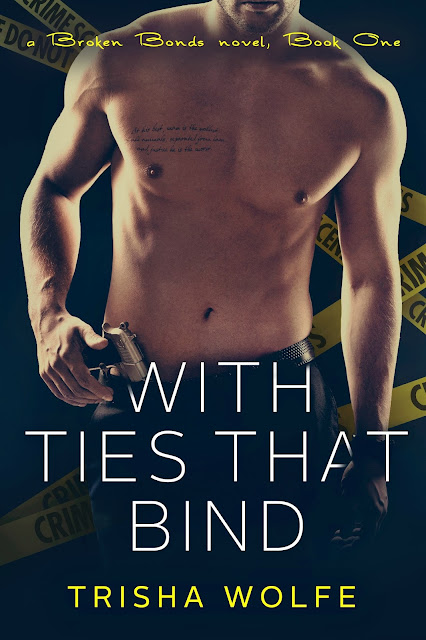 Detective Ethan Quinn has questions. The Arlington Slasher case is closed, the UNSUB no longer a threat—but Quinn can’t quiet the suspicion he harbors toward his partner and the young, attractive M.E. Not only does he loathe his uncertainty, he’s torn between doing his job and protecting his team.

But burying himself in cases no longer works. He’s restless. On edge. And tired of fighting his compulsions. Quinn has always viewed the law in black and white. Only now his world is swirling with a murky gray that threatens to devour him.

When lead medical examiner Avery Johnson careens toward a dangerous path, she pulls the unwitting detective into a dark web of deception and lust, triggered by a spree of recent killings.

Is this new player linked to the Bathory murders, or is it another copycat?

Time almost took Avery from him once before. As the clock ticks, Quinn will stop at nothing to protect her, refusing to let Avery become a victim again. Against his uncompromising logic, Quinn can’t deny his feelings. Avery forces him to acknowledge his darker desires, tempting his control—which weakens with every second he spends with the feisty M.E. as they hunt down the perpetrator threatening to tear them apart.

Catch Up with the first Broken Bonds serial: With Visions of Red - the first book is FREE 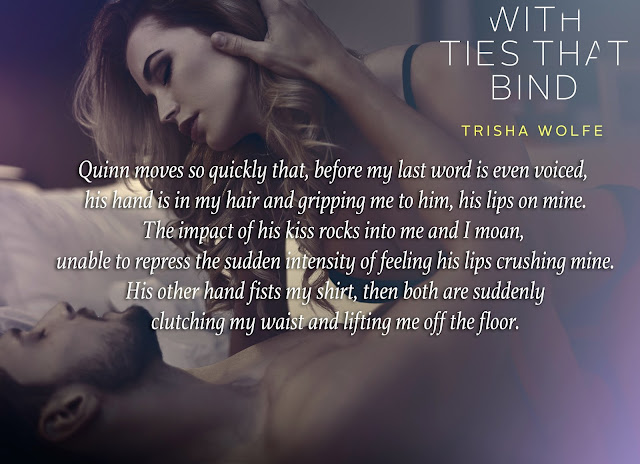 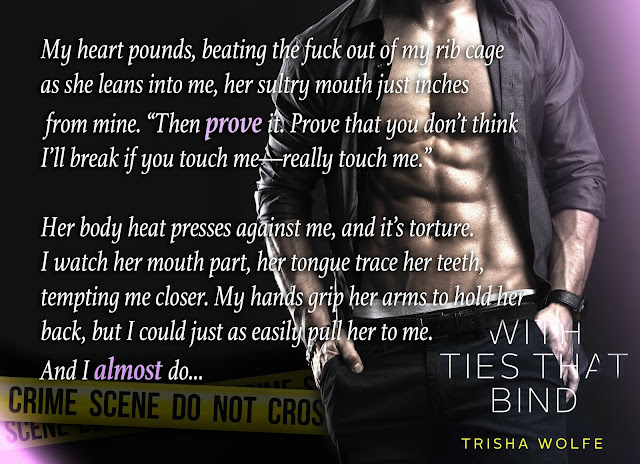 The windowless room is freezing. Florescent lights hum, echoing off the cinderblock walls and tingeing the too bright, barren room in a sickly green hue. As soon as I was ushered inside, the bag was removed from my head and my lab coat was taken.

The thin blouse I’m left with does nothing to shield me from the frigid air.

I rub my arms to generate heat, giving myself something to concentrate on besides counting the seconds. I’ve only been locked inside for minutes, but panic threatens to pull me under when I imagine it turning into days.

So very different than before, but somehow just as frightening. I’m not shackled. I’m not drugged. I don’t, logically, think these people have the same intentions as my abductor did when he took me…but I can’t say that for certain.

As soon as I think I’m going to lose it and start banging on the steel door, I hear a click, and the door grinds open against the floor.

The man entering is tall and thickly built. He wears a mask. A Jason mask like on the horror movie. And he’s carrying a semiautomatic gun. My stomach plunges, free-fall. I want the bag back over my head.

What’s ready? But I can’t work up the courage to ask. This man is not manhandling me, and somehow my feet move me in that direction. I’ve just simply lost my mind. So many days spent fearing the world after I was released from the hospital, and what I dreaded could happen—that which I told myself over and over would never happen again—has, in fact, happened.

What else is there left to fear?

The masked man stands in the doorway as I cross through. My eyes go wide when I see what’s on the other side of the room.

But unlike any lab I’ve ever worked in. It’s dirty, and smells of death. Not like the death in the morgue, where I’m accustomed to being surrounded by bodies. But a grotesque, sour stench that soaks my pores.

Tables are full of beakers and test tubes. A giant syringe station is setup with thin blue hoses curling down into a large tub. My gaze follows the tubes’ path along the back wall to a large containment unit.

I whirl around, trying to locate the source of the deep, gravely voice. Feedback pierces the air, and I look up to find a speaker in the corner.

The voice booms through the room again. “Go ahead. Get comfortable. There’s a coat on the hanger to your left, and goggles on the table.”

I shake my head. “What do you want from me?” I say to the room, hoping this unsettling PA system is two-way.

“It’s what we both want,” the voice responds. “I believe neither of us want any more dead girls littering up our beautiful streets. So you should get to work.”

I turn around and see the man with the gun standing watch at the only exit.

The silence stretches out, endlessly taunting. I’m sure the decision to end my life has already been made. Then: “I really don’t think that’s an option for you, Miss Johnson.” A beat. “Best focus on the task at hand. You have one hour.” 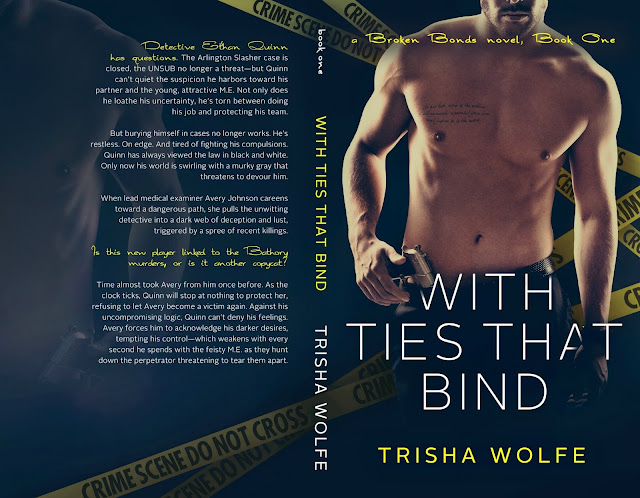 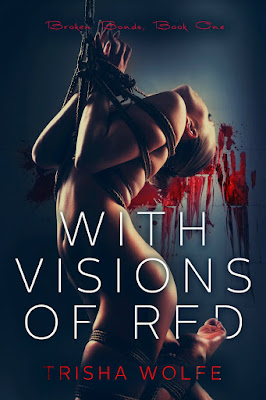 Passion and lust ignite. Dark and light battle. This explosive first installment of the Broken Bonds series sets the exhilarating pace for a cat and mouse game where no one knows who’s really pulling the strings.

Criminal profiler Sadie Bonds knows blood. Her affair with the gruesome, dark world of killers began long before she started applying her analytical skills to investigate gory crime scenes. She gets inside the killers’ heads, breaks them down, relates to them on an arcane level. She prefers it this way—because it’s safer to ally herself with the villain than the victim. At least, that’s how she’s coped ever since she was abducted and tortured as a teen.

She will never be a victim again.

Now, she’s honed her skills in order to bring justice to these ritualistic offenders. Working alongside her colleagues, armed with sharp wit and a SIG, Sadie always catches her sadist. Until one ruthless serial killer gets inside Sadie’s head, turning the tables. He knows her secrets. Her obsessions. The darkest, most deviant part of her soul. 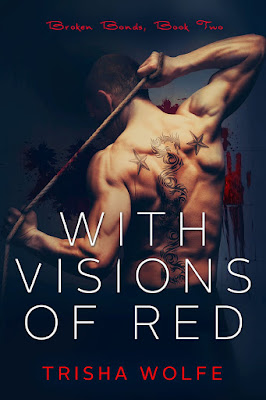 After a rapid string of grisly murders shakes the usually peaceful city of Arlington, Virginia, the sadistic killings of young women lull into a deceptive calm. Agent Sadie Bonds knows the terror isn’t over; serial killers don’t stop until caught.

And this sadist has targeted the profiler, revealing pieces of her dark past and weaving her secrets into each gruesome crime scene. Is the killer someone from Sadie’s past, her present? Or is he part of a fated future she brought on herself? The answer lies within the riddle of the copycat killings, ones mimicked after the infamous Blood Countess.

As tension brews in the department awaiting the UNSUB’s next move, Sadie’s more than on edge—her deviant cravings for the possible perpetrator have ratcheted out of control. She needs the feel of Colton’s ropes binding her, sheltering her from stark reality.

Only Colton Reed has his own twisted secrets that threaten to unravel not only Sadie as they come to light, but the UNSUB’s carefully constructed web now entangling both the profiler and her sexy bondage rigger. 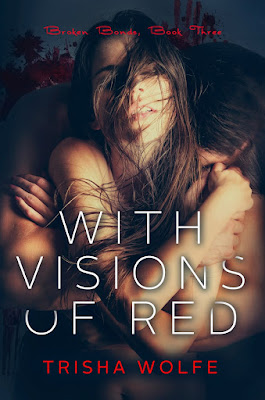 Who is the UNSUB?

For Agent Sadie Bonds, finding the answer to that question means the difference between life and death for someone close to her. The UNSUB’s latest abduction reaches right into the heart of the ACPD, forcing every member of the department to search within their ranks for the sadistic perpetrator.

Suspicion not only clouds the task force; it slithers into Sadie and Colton’s bond, challenging their love. Discovering the truth means facing their past together. Sadie’s connection to Colton has quieted her inner demons—but is she strong enough to confront the real monster?

All players take their places as the stage is set for the final scene. With the UNSUB manipulating the game, even Sadie and Colton fall victim, spiraling deep into the darkness that threatens not only their lives, but their trust. As Sadie navigates a tortuous maze, Colton will do whatever is takes to protect her.

The truth will set you free. Only for Sadie, her truth will test the very fabric of her reality. She must silence the threat, or risk losing everything and everyone she loves. 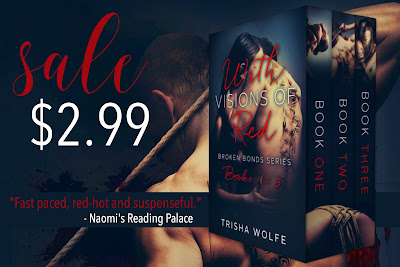 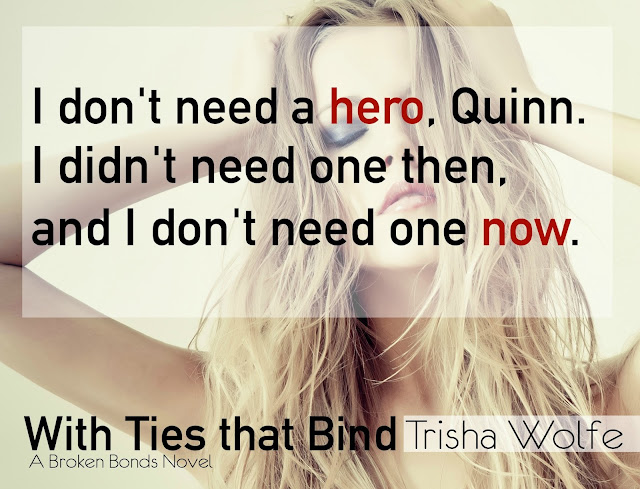 For more information on Trisha Wolfe and her works, please visit: www.TrishaWolfe.com

To be the first to hear about new releases and sale events, sign up for Trisha Wolfe's Newsletter: http://bit.ly/1rXTKI7


Giveaway
a Rafflecopter giveaway
Posted by Give Me Books at 11:46 am