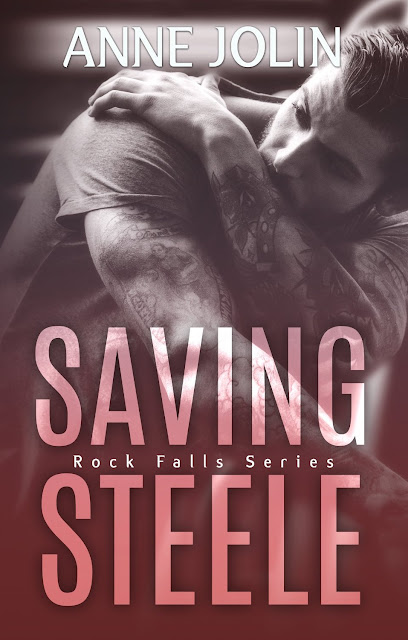 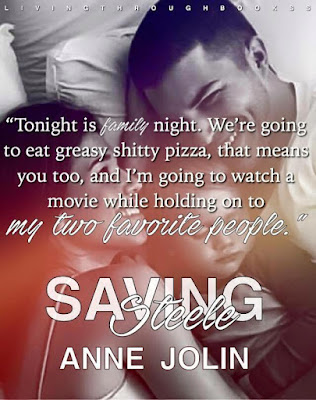 Kennedy Cross had her heart broken early in life. It wasn't someone or something who betrayed her—it was her own body. Despite it being all she’s ever wanted, Kennedy will never know what it feels like to feel her baby’s feet kick from the inside out. Having been pronounced infertile at only eighteen, she redirected her life the best way she could.

Eight years and a degree later, Kennedy is one of the most well-loved first-grade teachers at Rock Falls Elementary School. It doesn’t matter that her college boyfriend left her because he wanted children of his own. She has twenty-two of the most gorgeous six-year-olds who adore her and she wouldn’t have it any other way.

Jackson Steele deals only in extremes. He falls victim to manic episodes lasting for days, sometimes weeks at a time, sending him reeling from volatile highs to devastating lows. It’s a living hell just being inside his own mind, and that hell has taken everything he’s ever loved away from him. But what if, this time, it gives him something? An untimely gift from God and a brunette with legs eight miles long will bring him the most unforeseen joy but also his most challenging of tests.

What happens when circumstances of life threaten the one thing both Jackson and Kennedy love? Saving Steele from himself may prove to be too much for Cross to bear. 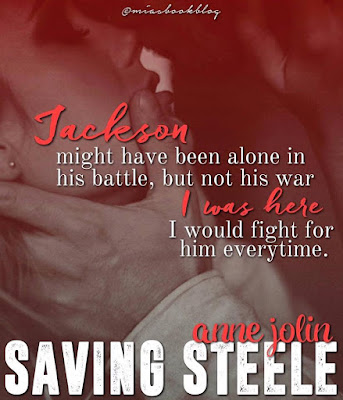 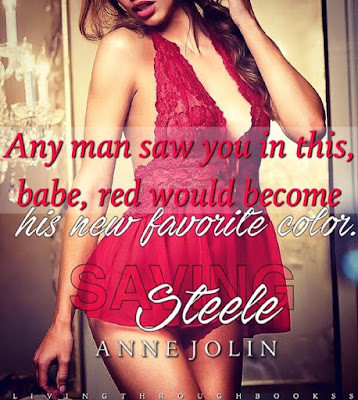 If you're looking for me, you'll find me in 'swoon city', right along Kennedy Cross. I mean, where else would I be after finishing the fifth—and possibly my favorite—Rock Falls book, and falling in love with all of Jackson Steele's pieces?!

Oh, man. Kennedy and Jackson are....perfect together. They both need a little work—someone to trust in them, save them, hold them, love them. Accept them, despite the fact that Kennedy's body has betrayed her, and Jackson's mind is volatile. What they find in one another, although some might call instalove, I say is wonderful. It's sweet. Sexy. A little OTT, which I love when it's done well—and here it's done VERY well—and just exactly what I wanted them to be.

I've enjoyed every book in this series, and Ms. Jolin just gets better with each new release. I really wasn't sure where she'd take Jackson's story, given what we'd learned of him in the earlier Rock Falls books. (Side note: This one can be a standalone—especially since Ms. Jolin kindly included the OMG! epilogue from the previous book.) But this author did something amazing. She made a man that could have been a villain into a swoonworthy, heart-pounding hero. He was protective and possessive but he had a soft center—as evidenced by the way he adapted to, and fell for, the people bringing major changes to his life. It—HE—made my heart (and my face) smile. And, ah, my thighs clench. KWIM?

Kennedy, too, managed to make me smile, even as she made me feel. That she was so open, trusting and loving worked well for this story, and softened the sensitive issues that Ms. Jolin touched on. Together with Jackson, Kennedy accessed that part of my heart that just wanted to flail about in a happy place, even through the moments when I wanted to bite my lip and let lose a curse word or five, all because my heart was aching.

So, yeah... I'm definitely a temporary resident of 'swoon city'. I say temporary only because I'll be returning to Rock Falls with a smile on my face and my heart ready to be handed over to the next handsome Anne Jolin hero. A hero in uniform, I hope...
~ Review by Beth 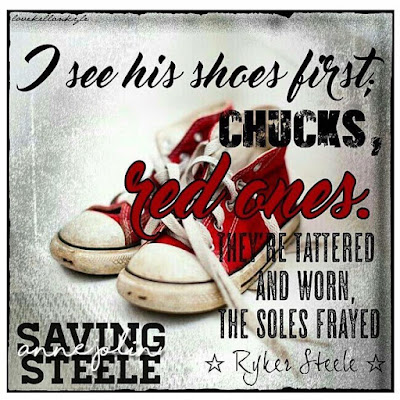 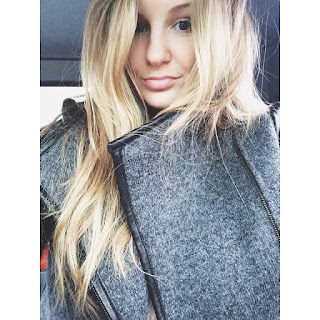 I was born and raised in Ladner, a small farm town just outside Vancouver, Canada. I grew up riding horses, shooting guns, and driving in trucks.

I never expected to be an author. A massage therapist? Yes. Take over the family construction company? Yes. But an author? No. Writing was something that snuck up on me and rooted itself into my life. It was beautiful to discover that love, and I’m truly grateful to say I’ve found my passion.

Since I’ve always been a creative person, it feels amazing to harness all of that energy and use it to tell a story I love. I enjoy incorporating bits of my real life into the stories I write. What parts are true? Hah. I’ll never tell—what would be the fun in that?

If I could leave y’all with one thing, it’s that life’s far too short to not live it out loud. Drown in your passions, hold on tight to the things that inspire you, and chase your dreams relentlessly. I can promise you without a doubt that you won’t regret it. I know I don’t.