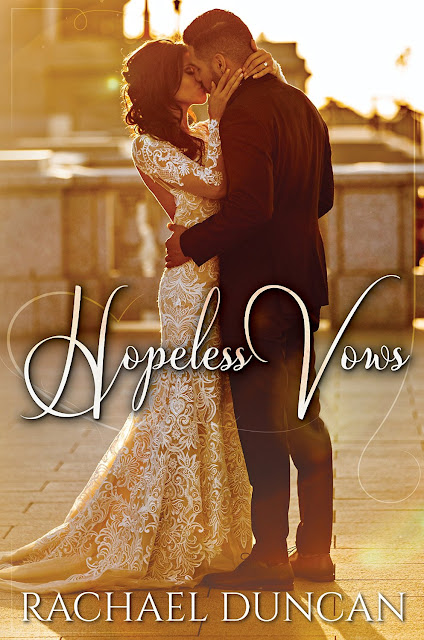 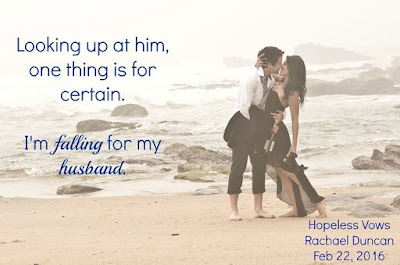 It was a modern take on an arranged marriage that was supposed to lead to my happily ever after. The rules were simple:

1. Marry a complete stranger chosen for you by professionals.
2. Live together as man and wife for eight weeks while cameras record your every move.
3. Make a decision to stay together or get a divorce.

Call me crazy, but I had complete faith in the process, until I saw who was waiting for me at the end of the aisle.

Austin James has never met me, but that doesn’t mean I don’t know him. With no other choice, I say my vows and pray I can make it through the next eight weeks. Then I’ll leave. What connects us is my best kept secret, and I’ll protect it at all costs even if that means walking away from the only person I’ve ever cared about. 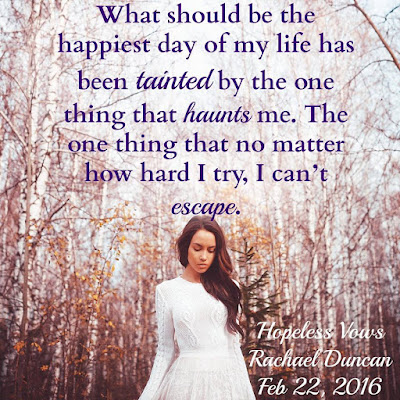 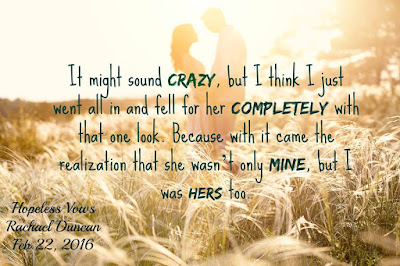 I would have read Hopeless Vows anyway, given the author. I am a big fan of Rachael Duncan’s words after reading and falling in love with her Lies and Truth duet, but between that STUNNING cover and the intriguing blurb, I was hooked before I’d even started page one…

And I remained hooked throughout. I love this premise—marry a stranger as part of a social experiment, see if the relationship thrives or fails—and the added element of mystery was a HUGE bonus. What was it that connected Jillian and Austin, and how was it possible that she knew him, but he didn’t know her? I tried to reason it out beforehand, and had theory upon theory as I flew through the pages of this book, but it didn’t stop my heart from stopping, dropping, pounding and aching when it all came to a head.

Ms. Duncan did a wonderful job of making me care about these characters. Of making me believe that these two strangers could meet and marry in one moment. Of making me so invested in their story that I was unable to stop reading for want of getting the ending I needed this couple to have. And while there was one or two elements that I figured out early on, it didn’t take away from my immense enjoyment of this book. At. All.

Seriously, it was beautiful. As mad as I wanted to be at Jillian and Austin, I couldn’t be because… Oh, well, Austin was perfect. Charming, funny, sexy and invested in his blind relationship with his wife. And Jillian? I felt so bad for her. For what she’d experienced, and for the betrayals that kept coming. It was hard, at times, not to cuss at my Kindle, like these characters could hear my anger, and might take heed of my warnings…

I would love to see more from Ms. Duncan, regardless of the topic or the characters. I love the way her writing balances sexiness, humor and hurt, and I find myself able to relate to her characters, no matter how outlandish or unconventional their circumstances. However, I’d like to personally request the stories of the other couples involved in the social experiment that brought Jillian and Austin together. My mind is whirring with how those other relationships might have panned out—and I have no doubt that Ms. Duncan would captivate me with her cover, her blurb and her words once again.
~ Review by Beth

“My mind starts spinning. Seven days. In seven days I’ll be a married woman. I feel like I should be freaking out more than I am.”

In just seven days, Jillian is going to marry a man she has never met. She has decided to sign up and be part of a social experiment called Married at First Sight. Through months of rigorous testing, she has a mate selected, and they have to marry immediately and stay married for eight weeks.

Austin is a cocky, swoon-worthy romantic. He knew something was missing in his life and he trusted that fate and the specialists from the show would choose the right wife for him.

“I might have only known her for six weeks, but I just know she’s it for me.”

So what happens after the eight weeks are up? Are the two a match made in Heaven or are the secrets that are revealed too much to handle?

This story was such a unique concept. While I read a book with a similar concept once before, the two books were very different, but both equally enjoyable. I found myself swooning often with Austin’s declarations of adoration. I loved watching the two fall for one another. However, the twists were not what I was expecting and I had my heart ripped out a few times. Luckily, it was healed even when I was sad. This was a perfect mix of sexiness, angst, drama, and most of all love!
~ Review by Tiffany 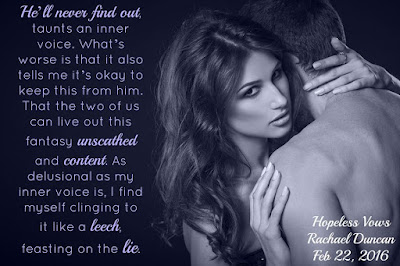 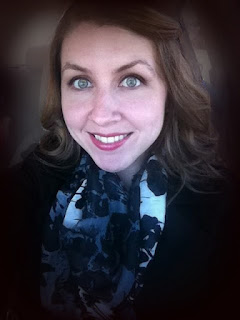 Rachael Duncan is an Army wife to her amazing husband, Steven, and mother to their beautiful daughters, Natalie and Zoe. She grew up in Nashville, Tennessee and went off to graduate from the University of Tennessee with a bachelor's degree in political science. With initial plans to work in politics, she moved to Washington, D.C. and worked on Capitol Hill for a House Representative. After a short time, she realized it wasn't for her and began pursuing other careers until she started writing.

She's author of Tackled by Love and The Lies and Truth Duet.