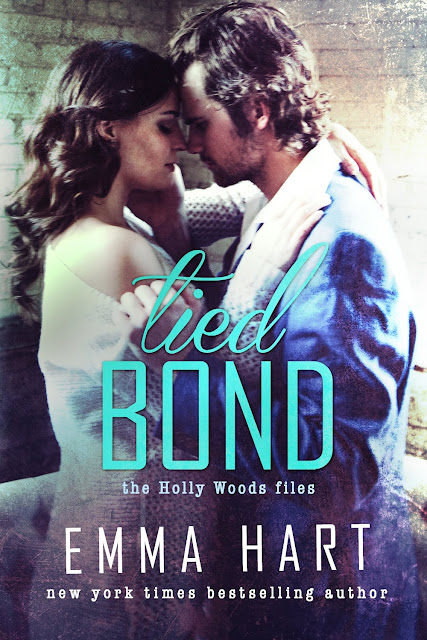 Holly Woods is going to hell in a handbasket—but this time, Satanists aren’t to blame. Halloween is.

Nonna doesn’t understand why there are skeletons and demons everywhere. Mom is threatening to stitch a devil into Nonna’s pillowcase if she doesn’t shut up. Bek is bumbling over a date with Jason, the handsome FBI agent who conveniently got himself relocated to Austin, and I… Well. I’m considering running away to a town without the crazies.

Everything is going smoothly—too smoothly—and I can’t shake the feeling that something is about to happen. Drake insists I’m being paranoid… But when a body turns up at the Holly Woods Halloween party, we have a whole lot more than a murderer to worry about.

Because the prime suspect is his mom.

And it’s my job to prove she’s innocent. 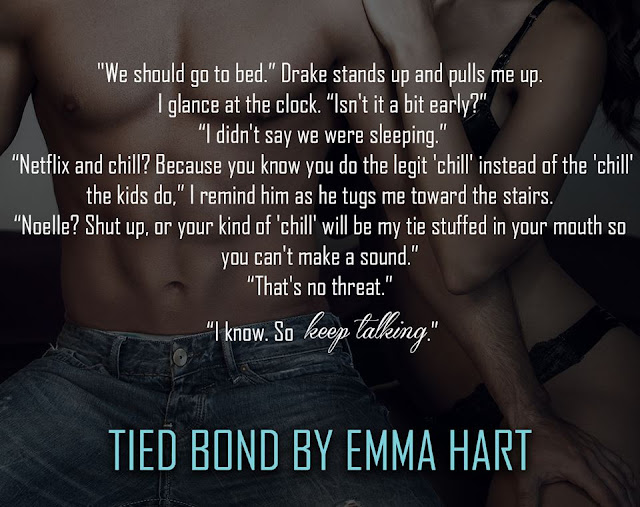 The books in this series keep coming, and I can't enough of them. I love Drake and Noelle!

There's another murder in Holly Woods and this time Drake's mother is the main suspect.
Noelle and Drake are closer than ever, but will this new murder try and tear them apart?

Emma Hart will have you guessing who the murderer is until they are caught. I thought for sure I knew who did it this time, but once again, I didn't. Tied Bond has suspense, heat and heart. The gang is back and so are the crazy times. I enjoyed being back in the world of the Holly Woods Files and I can't wait to read the next one!
~ Review by Leah

Really, Emma??? Did you crawl inside my brain and stalk me when you started writing Noelle? So many times I found myself falling all over laughing and then realized…oh, shit, I’ve said that or done that, or, maybe I am funny! Because I’m sitting here dying from laughing so hard I can’t breathe.

Nonna. Gio. Drake. Noelle. High Heels. Gigi’s. All of these things are simply fantabulous when combined to make an explosive and riotous series, especially when you add a bit of murder to the story!

Story of my LIFE! Cupcakes are divine! Today I won’t be a cupcake quitter!

Welcome to Halloween in Holly Woods. Nonna doesn’t like the decor. She’s fighting with everyone in sight, especially Noelle’s mother. Gio is back to calling everyone a ‘wench’ and the Bond antics are an extreme high. But Holly Woods wouldn’t be the same without a murder. This time figuring out whodunit hits much closer to home. Noelle struggles with doing what is right for her and keeping the promise she made. No matter what, someone is going to get hurt. As long as her heels aren’t a casualty of war, and her cupcakes arrive on time as required, life will be good…or will it?

The wit and banter of these characters is fun and entertaining. Once I started this book, I couldn’t put it down. I was tossed into the deep end of the ocean with fun, sassy, crazy chaos and I loved every stinking minute of it.

Laughter is good for the soul and cupcakes are good for…well, in this case, read Tied Bond and live vicariously through all the Gigi’s that Noelle eats, and maybe you’ll build abs of steel from the laughing and the carbs will go to her ass, not yours! You’ll thank me later!! I promise!!
~ Review by Heather

Noelle and Drake are in a bit of a peaceful, blissful lull… Life if good. Business is busy, with normal cheating spouses and the daily required intake of cupcakes. Things are normal. Well, except for Nonna, her aberration of Halloween decorations and her craziness that brings out both the best and worst in people.

All it takes is one dead body for all hell to break loose—especially when it’s revealed the prime suspect in the murder is Drake’s mother, Gianna. Now, it’s up to Noelle to prove Gianna’s innocence. Easier said than done.

This series just keeps getting better and better. Even with yet another murder in tiny Holly Woods, the crux of the story is about relationships. Noelle and Drake are front and center. The whole relationship thing is new territory for Noelle and she’s petrified. Drake is her rock—he completely understands her and is ready and willing to soothe her fears and wait her out. I love that about him!

There’s also Noelle’s family dynamic in play—exactly what her role is within the family. She’s the “baby” and only girl, yet somehow she’s the strongest one. Her relationship with her brother is sorely tested this go-around, and it’s awesome how their sibling rivalry and relationships are portrayed. I also loved the dynamic between Drake and his mom, Gianna. She’s still holding in her secrets, but it’s obvious she loves her son and will do anything to protect him and his feelings.

I am wholeheartedly invested in this little town in Texas. I cannot wait for Twirled Bond to be released this summer to catch up with Noelle and Drake as they embark on the next stage of their relationship.
~ Review by Missy 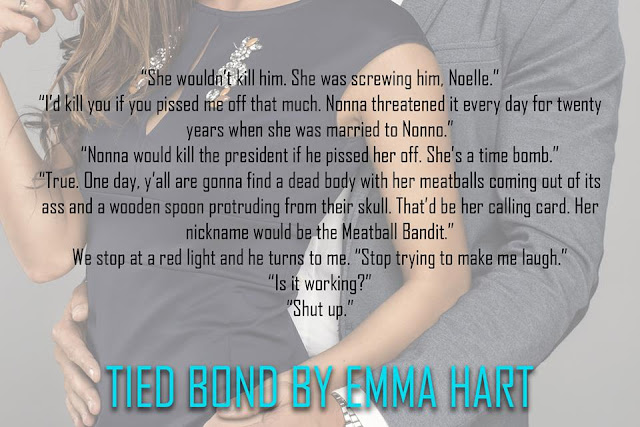 Emma Hart is working on Top Secret projects she will share with her followers and fans at every available opportunity. Naturally, all Top Secret projects involve a dashingly hot guy who likes to forget to wear a shirt, a sprinkling (or several) of hold-onto-your-panties hot scenes, and a whole lotta love.