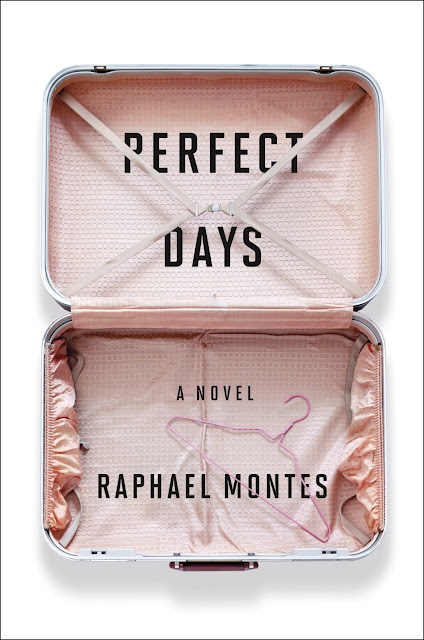 A twisted young medical student kidnaps the girl of his dreams and embarks on a dark and delirious road trip across Brazil in the English-language debut of Brazil's most celebrated young crime writer.

Teo Avelar is a loner. He lives with his paraplegic mother and her dog in Rio de Janeiro, he doesn't have many friends, and the only time he feels honest human emotion is in the presence of his medical school cadaver—that is, until he meets Clarice. She's almost his exact opposite: exotic, spontaneous, unafraid to speak her mind. An aspiring screenwriter, she's working on a screenplay called Perfect Days about three friends who go on a road trip across Brazil in search of romance. Teo is obsessed. He begins to stalk her, first following her to her university, then to her home, and when she ultimately rejects him, he kidnaps her and they embark upon their very own twisted odyssey across Brazil, tracing the same route outlined in her screenplay. Through it all, Teo is certain that time is all he needs to prove to Clarice that they are made for each other, that time is all he needs to make her fall in love with him. But as the journey progresses, he digs himself deeper and deeper into a pit that he can't get out of, stopping at nothing to ensure that no one gets in the way of their life together.

Both tense and lurid, and brimming with suspense from the very first page, Perfect Days is a psychological thriller in the vein of Patricia Highsmith's The Talented Mr. Ripley—a chilling journey in the passenger seat with a psychopath, and the English language debut of one of Brazil's most deliciously dark young writers. 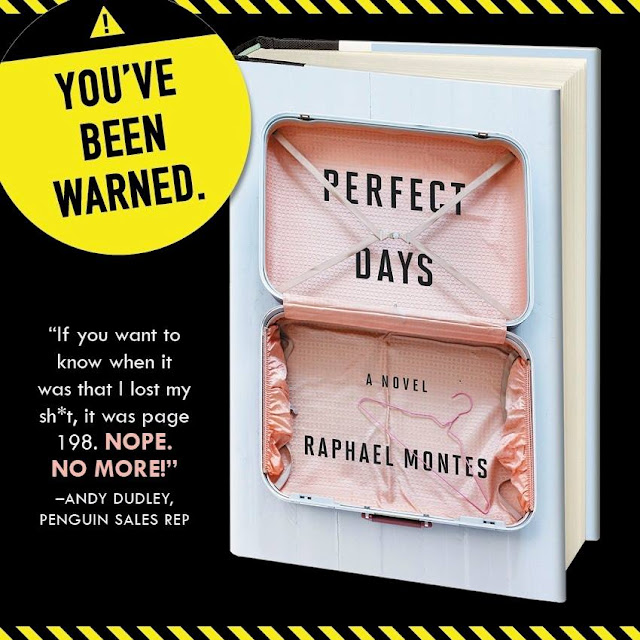 What the eff did I just read? Not only did I read it; I couldn't stop reading it. It was like a train wreck. So much carnage, and I still just could not force myself to look away. I feel dirty. I feel evil. I feel unclean. I need a shower. I need to hug a puppy. I need to teach my daughter self defense. I need whisky, and a lot of it.

This was the most twisted "love" story I have ever read. I've read horror, I've read suspense. I've even read some pretty amazing books about psychopaths. This one takes the cake and makes them all look like children's nursery rhymes. Jack and Jill went up a hill, to fetch a pail of water. Jack tied Jill down, then dragged her around, then they went tumbling to happy(?) ever after. Whoa. That actually about sums it up rather nicely.

There are constant little twists. The moments you think he's finally snapped. The moments you wonder if she's given up, or gotten the upper hand. The tables turn, then turn again, then for good measure, they turn a couple more times. Delusions and invented truths, all told with the calm narration of someone who is absolutely bloody eff-ing nuts. The deadpan, inaccurate interpretation of some of the situations was sickeningly funny. The thought process of this man, his methodical actions and the determination of his, er, "courtship" was as sad as it was sick.

The entire ending was almost too much. I'd managed to suspend disbelief and sink into this lurid tale but the ending was almost more than I could take. But then...I find myself wondering if it's better that way—better for her sanity and overall safety. Then again, I realize that would make me just as twisted as he was, and I feel ugly and shameful.

What did I just read, and what kind of person does it make me for not being able to put it down until I finished? I'd love to say I would recommend this book. But that would mean admitting to people I have to be able to look in the eyes later that I enjoyed it. I'm not sure I can do that.
~ Review by George 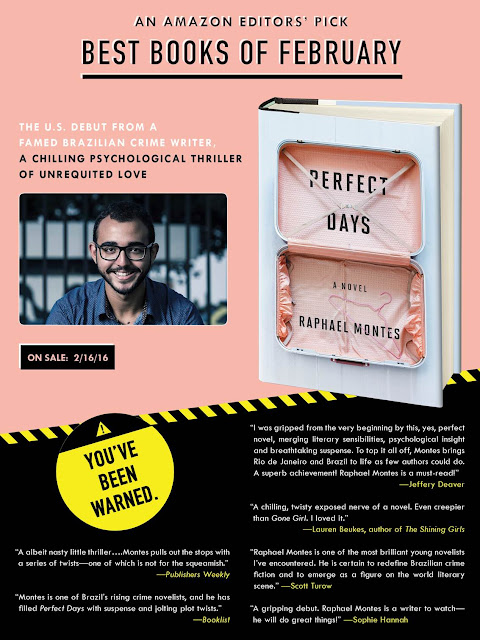 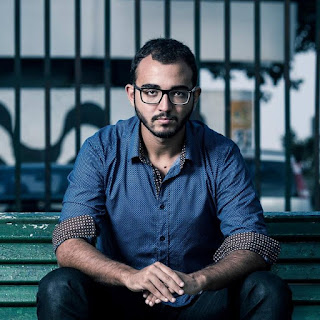 Raphael Montes was born in Rio de Janeiro in 1990. He is a lawyer and a writer and his short stories have appeared in Playboy and Ellery Queen Mystery Magazine. His debut novel, Roulette, was published to much acclaim in Brazil in 2010 and was a finalist for the São Paolo Literature Prize. Perfect Days is being published in 13 countries. Montes published his third book, The Village, in August 2015, earning him comparisons with Stephen King. He also writes screenplays for cinema and television.