Review - Through the Veil by Colleen Halverson 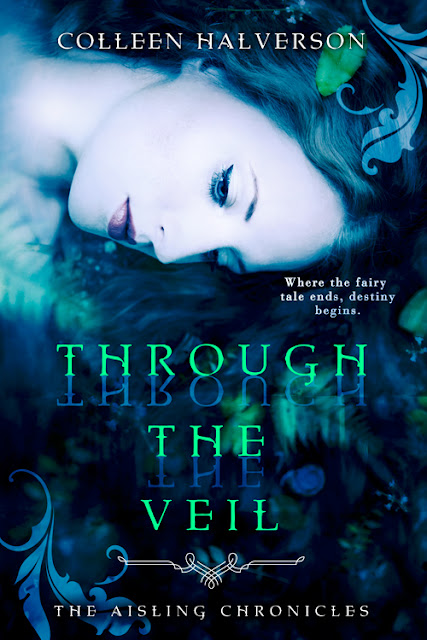 Elizabeth Tanner is no Tinkerbell, and her life is no fairy tale. Broke and drowning in student loans, the one thing she wants more than anything is a scholarship from the Trinity Foundation. But after the ancient Irish text she’s studying turns out to be more than just a book, she becomes their prisoner instead. And when Trinity reveals Elizabeth is half-Fae, she finds herself at the center of a plot to save the magical races of Ireland from a brutal civil war.

As Commander of Trinity’s elite warriors, Finn O’Connell isn’t used to having his authority challenged. He doesn’t know whether to punish or protect the infuriating young woman in his custody. When he discovers the Dark Fae want to use Elizabeth’s abilities to control the source of all power in the universe, he’ll risk everything to help her.

At the mercy of Trinity and enslaved to the Dark Fae, Elizabeth finds herself alone on the wrong side of an Irish myth thousands of years in the making. Refusing to be a pawn in their game, Elizabeth has to fight her way back to the man she loves, but to do so, she must wage her own war against the magic that binds her. 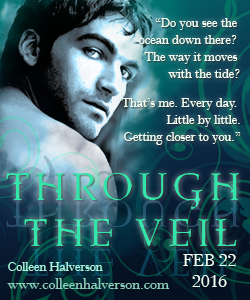 When I found out we had the opportunity to review a Fae book, I jumped on the chance. I am so glad I did! If you are a fan of Irish mythology and things we may not be able to see, you need to do yourself a favor and check out this book.

While working on her Master’s Thesis, and praying for a grant from the Trinity Foundation, Elizabeth thinks she may be losing her mind. She is drowning in debt, and lack of sleep has her believing she is seeing things that can’t possibly be true. When it turns out that she may not be as crazy as the thinks, the real fun starts.

Finn, oh, my fabulous and mysterious Finn. I don’t want to give too much away by describing you, so I will just say DAMN… Also, he is the nephew of Elizabeth’s professor and the head of the Trinity Foundation out of Chicago.

When it is proven that Elizabeth is half Fae, and the only one who is able to help translate the text of an ancient book, her world turns from boring to anything-but overnight.

We get a lot of insight into the legends behind this book and the mysterious “creatures” that are all a part of this world. Having read books similar to this in the past I was familiar with some information, but I feel like this book dives deeper into the back story than most, a fact I really appreciated.

There are some unexpected twists and turns in this book that will having you swiping pages as fast as you can. I am anxiously awaiting book two to see what becomes of Elizabeth. I have a feeling the next book will be even wilder!
~ Review by Devlynn 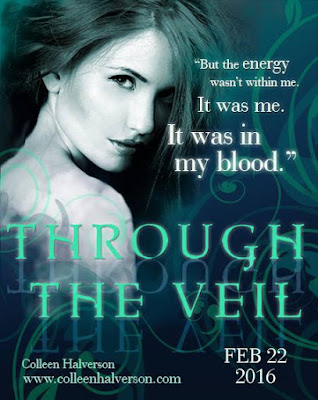 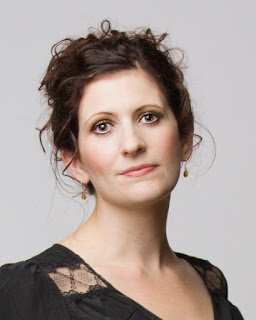 As a child, Colleen Halverson used to play in the woods imagining worlds and telling stories to herself. Growing up on military bases, she found solace in her local library and later decided to make a living sharing the wonders of literature to poor, unsuspecting college freshmen. After backpacking through Ireland and singing in a traditional Irish music band, she earned a PhD in English with a specialization in Irish literature. When she’s not making up stories or teaching, she can be found hiking the rolling hills of the Driftless area of Wisconsin with her husband and two children.

Email ThisBlogThis!Share to TwitterShare to FacebookShare to Pinterest
Labels: 4 stars, Colleen Halverson, Review, the Aisling Chronicles, Through the Veil