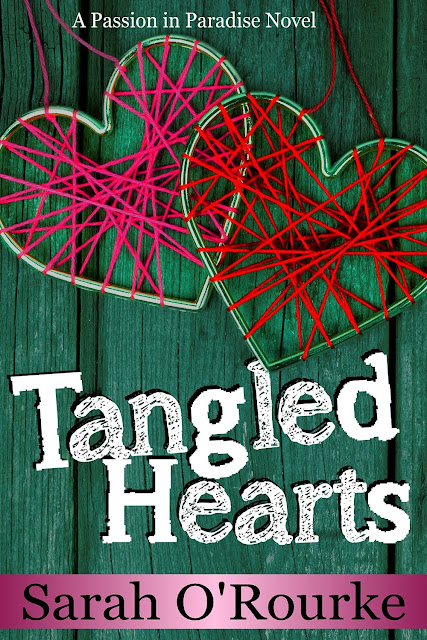 The directive had been clear: Deeply embed himself in the fair town of Paradise, Tennessee, and keep one Melody Song Reardon from forgiving her fornicating ex-fiancé and keep her safe by any means necessary.

Fortunately, Retired First Sergeant Callum Valentine had always been a man that got the job done. Unfortunately, nobody told him that while his ‘job’ might be as pretty as a picture, she could be ornery as a wet cat and had a stubborn streak a mile long. Now, he was battling baristas and dodging would-be assassins in an effort to keep one sultry southern minx safe.

He’d thought the Taliban would be the most dangerous force he ever face. Imagine his surprise when he realized that the radical extremists had nothing on one curvy little woman with a wicked edge to her tongue…. a woman that had somehow tangled herself around his cold heart.

Melody Song Reardon was done with men. After learning that the man she’d been going to marry was no better than a corporate Casanova in and out of the boardroom and bedroom, she’d decided that love just wasn’t in the cards for her.

She was young, smart, and capable… and better yet, she had a dream and a plan: Opening her very own book/yarn store – Hooks & Books. She had the brains. She had the building. And now, she had a freaking bodyguard compliments of her interfering older brother?

She didn’t care how mouthwateringly handsome her so-called savior was; she didn’t need another controlling man in her life telling her what to do. At least, she hadn’t needed one…. until those nerve wracking hang-ups and strange notes took an ominous turn. Now, somebody wants her dead and the only thing standing between her and the Grim Reaper is one seriously gorgeous man named Callum Valentine.

Falling in love again in the middle of her own personal apocalypse hadn’t been the plans…then again, the great thing about a plan is that it can change on a dime! 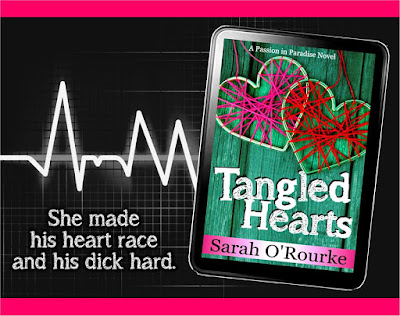 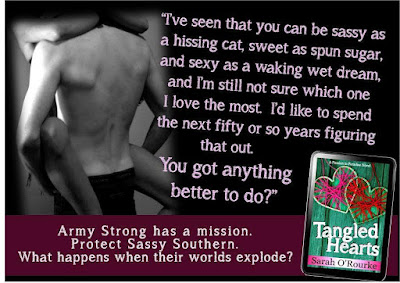 Melody Song Reardon is not a gambler—she’s never been one for a risky investment. But now she’s having a panic attack. She’s sunk her life savings and her inheritance from her grandmother’s estate into opening a new business—a book and yarn store—Hooks & Books. Melody needs this, needs to make something for herself and only herself since she’s dumped her philandering ex-fiancé. But in addition to Melody being scared of failure, someone is out to scare her on purpose. She’s receiving hang-up calls and strange notes. And to her benefit—well, don’t tell him she said so—Melody is now under guard by one hot and sexy retired Army sergeant, Callum “Cal” Valentine. The “bodyguard” her brother sent to protect her.

Cal Valentine never expected an easy time keeping an eye on his buddy, RJ’s younger sister. But he didn’t expect that Melody’s ridiculously high level of stubbornness and orneriness would be harder to work through than an all-out attack by the Taliban. She has no idea the level of danger she’s in and Cal is at war with her to protect her—but she sees him as another controlling male. She just got rid of one, why would she hitch her wagon to another?

But her lady bits and her heart don’t necessarily agree with her head. And Cal is determined win her over and prove that her gut instincts are just fine—and that she can fall in love for real…with him.

Ms. O’Rourke, you have me hook, line and sinker with this crew from Paradise. I LOVED both Melody and Cal. Melody cracked me up with her snarky one-liners and her ability to keep Cal in line and on his toes. And Cal…*swoon*… who wouldn’t want a man like him looking after you? I loved their interactions and, even when Melody just wasn’t willing to admit she wasn’t on the same page he was, he never gave up. I loved catching up with the McKinnon sisters and their men, too. Hmm, I just might have to pack up and move to Paradise myself.
~ Review by Missy 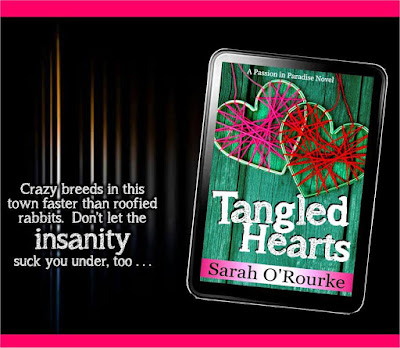 Sarah O'Rourke is the alter ego of two best friends who have taken their passion for romantic fiction and erotica to the publishing world. Born and raised in the southern United States, one lives near Louisville, KY, while the other resides in Atlanta, Georgia. Neither is ever very far from a tall glass of sweet iced tea, their dog-eared copies of Gone With the Wind, or their Steel Magnolias DVDs!

Formerly an accountant and a chemist, they are now overworked, stay-at-home moms who adore their children, their husbands...and writing about love in every way possible!