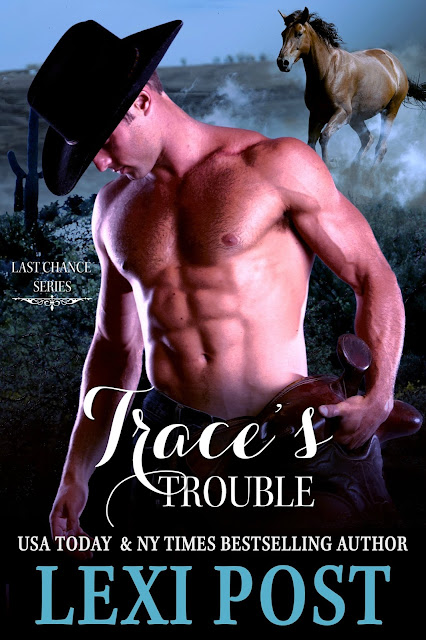 Cowboy Trace Williams thought he had trouble when his wife served him with divorce papers, forcing him to move to his cousin’s horse rescue ranch. But that was nothing compared to handling the female squatter he’s supposed to evict from Last Chance Ranch. Though she’s a crack shot and has no use for politeness or subtlety, her ability to communicate with animals has him seeking her out on behalf of the ranch…and himself.

Whisper Adams lives off the grid. She cares for her invalid uncle and watches over the wildlife that finds her. The animals are more trustworthy than the people she’s encountered. So when a hard-bodied, easy going cowboy arrives at her trailer and causes her heart to race, she’s anxious for him to leave, until he asks for her help at the ranch.

When the cowboy closed the door, she turned on him, a smirk curling her lip. “So, did you find out everything you came up here for?”

The man studied her, his eyes hidden by the shadow of his hat. “Yes I did, thank you.”

He cocked his head. “I would think with no one around for miles you wouldn’t mind a little company for a change.”

“Nope.” At least not his. He had her stomach in knots and she didn’t like it. “Not real partial to people. Animals are much better company.”

Trace laughed at her statement, sending a pleasant sensation over her body, like the sprinkle of a light rain.

“I have to admit to having that thought a time or two, especially in the ranch house. But the barn can be peaceful, even soothing. I like listening to the sound of a horse munching on dinner while another chuffs and moves around in the shavings.” He looked off in the distance as if seeing every detail. “As dusk comes on, you can hear the crickets, and the desert mice scampering back into their nests.” His gaze locked with hers. “Nature is more straightforward than man.”

Feeling a sense of kinship with him at his description, it took her a moment to catch the undertone of bitterness in his final statement. Her mind eased as she sensed he might understand. “Yeah, I get that. A horse lets you know exactly how she feels. You also know how a coyote or mountain lion feels the second you find yourself in their company.”

He grinned. “You in the company of those animals often up here?”

She shrugged. “Faust comes by when he’s hungry and—” At his intent stare, she halted. “Anyway, you were leaving, right?” 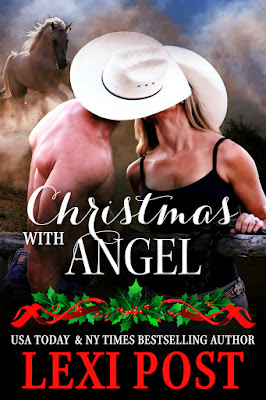 Lexi is living her own happily ever after with her husband and her cat in Florida. She makes her own ice cream every weekend, loves bright colors, and you will never see her without a hat.

a Rafflecopter giveaway
Posted by Give Me Books at 2:36 pm