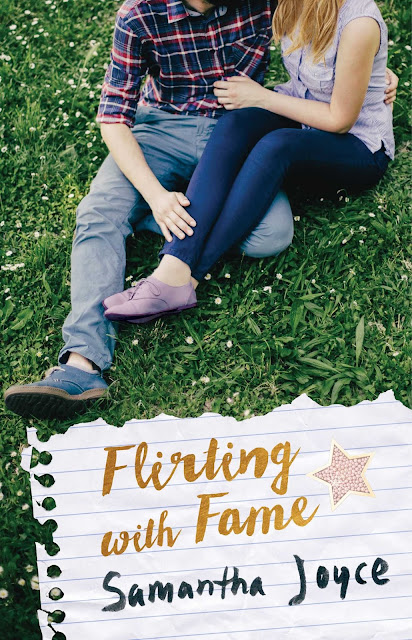 Elise Jameson is the secret author behind the bestselling, cult hit Viking Moon series. But when a stranger poses as Elise, the painfully shy, deaf nineteen-year-old starts to see how much she’s missing. Can she really hide in the shadows forever? This clever, coming-of-age debut is for anyone who has ever felt unsure in their own skin.

After a freak childhood accident leaves her deaf and physically scarred, nineteen-year-old Elise Jameson retreats into a world of vibrant characters she creates on her laptop. She is shocked when her coping mechanism turns into a career as a phenomenal bestselling novelist. Fans are obsessed with Elise’s Viking Moon series and its author—a striking girl with zero resemblance to Elise who appears on the back covers. Elise sent the randomly Googled photo to her editor following a minor panic attack. Now, horrified to learn she is expected on set of the television pilot based on her novels, Elise tracks down her anonymous stand-in. To Elise’s surprise, Veronica Wilde has been taking credit for Viking Moon for years. She eagerly agrees to keep up the charade if Elise will pose as her assistant.

It’s hard for Elise to watch a stranger take credit for her work and get all the perks she desires, including admiration from the show’s heartthrob star. Edged onto the sidelines of her own life, Elise reconsiders her choice to stay anonymous. Is she ready to come to terms with her true identity—and with the long-buried secrets that could cost her her career, her fans, and the few precious friendships she’s made? 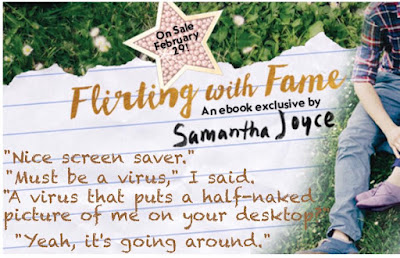 Oh, wow. This book was total sleeper hit for me.

I wasn't so sure going into it. It started off very slowly for me and I began losing patience. I was worried that this incredibly promising premise was going to fall flat.

I am SO HAPPY to report that it didn't!

About a third of the way in, I was completely hooked. And now, having just turned the last page, my heart is completely overflowing and I am hopelessly in love with this story, these characters, and all these feelings.

I loved the unique set-up of this book. The painfully shy, scarred (in more ways than one) nineteen year old author of a bestselling series who is afraid to show herself to the world finds herself on the sidelines of her own life, as she buries herself deeper into the lies she's created to avoid public recognition. It works. It lays the foundation for a beautiful self-acceptance story wrapped up in a sweet, charming love story. It’s perfectly done. It never feels preachy or heavy handed. It’s charming and cute, laced with heat and a little angst, all combining into this lovely fairytale-esque story that I didn’t want to put down.

There's a lot of emotion here. Elise is heartbreaking and sometimes frustrating, but her heart is enormous and it is impossible not to love her. Likewise, the secondary characters make up this amazing, quirky, supportive crew that help Elise come to terms with her past, and accept herself for who she is. In the middle of all of this is a romance that completely stole my heart.

In the end, I'm so glad I stuck with it. Flirting with Fame was such a unique and captivating story. A little heartbreaking. A little breathtaking. Completely rewarding. It looks like this might be the first in a series and I am fully on board with that!
~ Review by Shelly 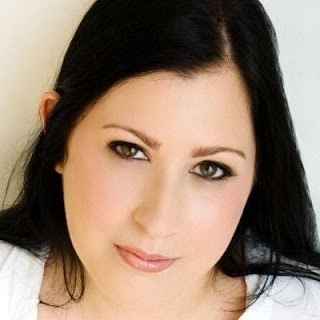 Samantha Joyce has wanted to be an author since she picked up her first book and realized authors get to create new worlds with just a pen and paper (or laptop, if you will). She loves to write about romance because, as someone who married her high school sweetheart, she absolutely believes in true love. She also loves making people laugh and feels love and laughter go hand in hand. If she can make someone both swoon and giggle with her words, she considers that a success. When not writing or at her day job, Samantha can be found either singing and dancing on stage in local musicals, or at home watching geeky television shows with her husband and their pet rabbit.

Her debut, FLIRTING WITH FAME will be published by Pocket Star/Simon & Schuster in 2016.

Posted by Beth Cranford at 3:39 pm