Review - From Sanctum with Love by Lexi Blake 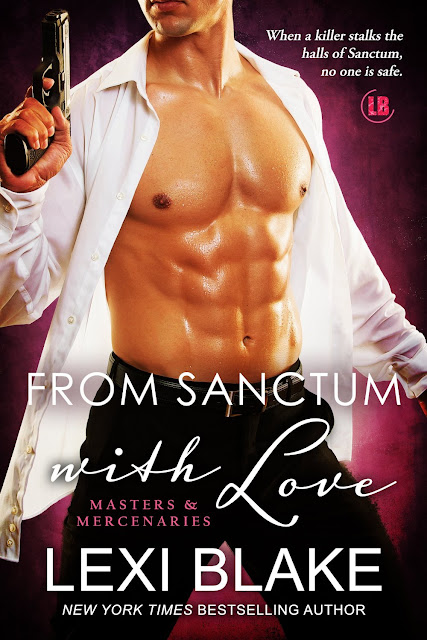 Psychologist Kai Ferguson has had his eye on Kori Williamson for a long time. His assistant is everything he’s ever wanted in a partner—smart, caring, witty, and a bit of a masochist. More than a little, actually, but that’s the problem. Kori won’t admit her own desires. She’s afraid of him and what he has to offer. Luckily for her, helping patients face their fears is one of his specialties.

Kori knows she wants Kai. Her boss is the most amazing man she’s ever met. She’s also smart enough to stay away from him. Having been down this road before, she knows it only leads to heartache. She’s just found a place where she can belong. Another failed relationship is the last thing she needs. It’s better to guard her heart and let Kai think she’s frightened of his dark, dominant nature.

When Kai is recruited for an operation with McKay-Taggart, everything is turned upside down. Kai’s brother, international superstar Jared Johns, is in town and Kai must juggle his family issues along with a desperate hunt for a serial killer. The investigation throws Kori and Kai together, and they quickly discover the chemistry between them is undeniable. But even if their new found love can survive his secrets and her lies, it may not be enough to save them both from a killer’s twisted obsession. 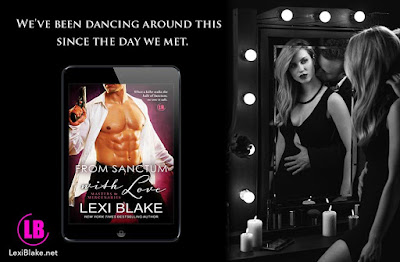 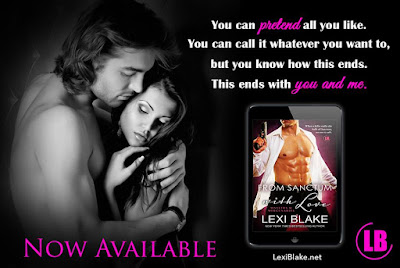 Cool, calm and professional… and sexy in leathers…

I couldn’t wait to get my hands on Kai Ferguson! Okay, proverbial hands. I can still wish, can’t I? Kai is cool, almost too cool, but very capable, and caring from a distance. While he prided himself on his self-control, Sanctum was a place he could let loose the dark side of himself. I knew there was hidden depths and they certainly came out to play here.

Enter Kori Williamson. Beautiful and smart, she could have written the book on professionalism. She may be a lot like him on the surface but she liked vanilla, which meant she was not someone he could be interested in. Not everything is as it seems, though, as Kori keeps her past and much of herself a secret. When Kai’s brother enters the world of Sanctum, both Kai and Kori are going to be thrown into situations that will require honesty above all else. In and out of the dungeon… Secrets will need to be revealed—their lives may depend on it…

Whew, I’m still catching my breath! This author knows how to blend action and intrigue with love and sex to create a whirlwind story from start to finish. Kai is panty-melting and heart-stopping as he comes out of his shell in the face of family, and love. When these two start to open up about what their true desires are the heat builds and builds to an incredibly, hot climax. No pun intended.

If you haven’t read this series before you may be a bit lost with the number of characters, and who they are to each other. You will want to start at the beginning as each story builds to make a complete picture. This instalment is all about Kai and Kori but there’s so much more. Surprises continue and, given this is number ten in the series, that’s a testament to an author that keeps my attention. Sexy and suspenseful, this is a story to mull and savor…
~ Review by Diane 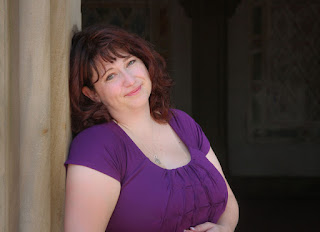 Posted by Beth Cranford at 6:48 pm