Review and Giveaway - Down to My Soul by Kennedy Ryan 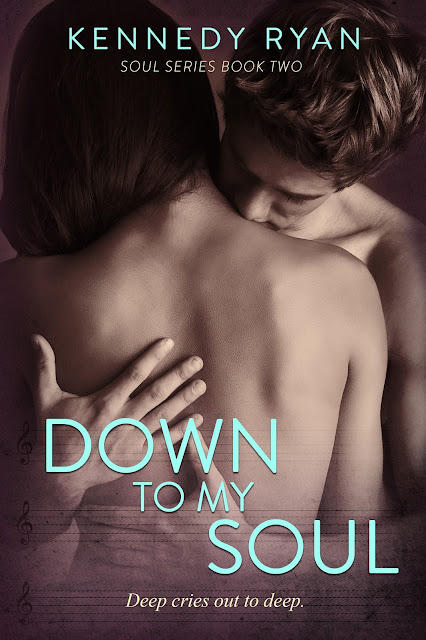 She doesn't wear my ring.
We never stood before a preacher.
The only vows exchanged were between our bodies; between our souls.
But she was mine and I was hers until I ruined it. I have to believe that every day, every step, every breath brings me closer to making things right.
To making her mine again.

I've seen promises broken.
I know love makes no guarantees.
But things were different for Rhys and me, until he lied, and I walked away. Only there's a chain between our hearts that I can't break. Even if I forgive him, a shadow from my past hangs over us; over this love that reaches all the way down to my soul. 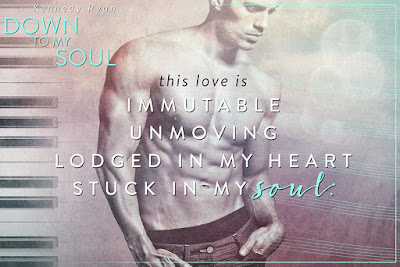 Thank goodness, Kai and Rhyson's story continues… especially after the ending in My Soul to Keep!

Rhyson's betrayal shattered Kai's trust in almost every man. Now, the only man she can trust is her best friend, San... Seeing her follow her dream while being broken-hearted helped me to see the strength she had in her to keep going. But, in all honesty, I believe she got that determination and strength from her dear mother, who was there for her until ALS claimed her strength.

Rhy knows he messed up and he's willing to do whatever he needs to, to show Kai how sorry he is for being so selfish. He's been groveling for Kai to give him the time of day so he can ask for her forgiveness, but Kai is not willing to give in to him. It broke my heart to see how miserable they both were, and yet, they kept going on with their lives.

Be prepared to have your emotions go on a roller coaster ride, and beware when you think the ride is over—because anything can happen. There is so much emotion in this book; the walls they both had up had finally come down and they are at their weakest when "life" happens.
~ Review by Kara 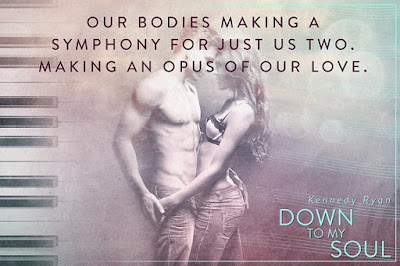 ALSO AVAILABLE IN THE SOUL SERIES

I just can't write about myself in third person for one more bio! I'm a wife, a mom, a writer, an advocate for families living with autism. That's me in a nutshell. Crack the nut, and you'll find a Southern girl gone Southern California who loves pizza and Diet Coke, and wishes she got to watch a lot more television. You can usually catch me up too late, on social media too much, or FINALLY putting a dent in my ever-growing To Be Read list! I love to hear from readers at kennedyryanwrites@gmail.com.

a Rafflecopter giveaway
Posted by Beth Cranford at 3:20 pm

Email ThisBlogThis!Share to TwitterShare to FacebookShare to Pinterest
Labels: 5 Stars, Down to My Soul, Giveaway, Kennedy Ryan, My Soul to Keep, Review, Soul series