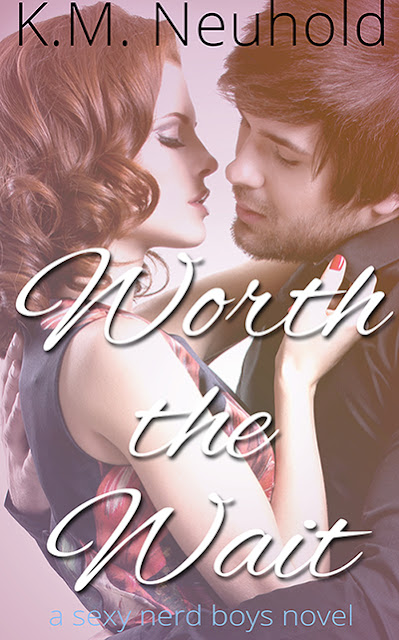 I have issues. Like, serious, major issues. And, the last thing I want or need is a man in my life to make things more complicated. Unfortunately for me my roommates drop dead gorgeous brother seems hell bent on seducing me. And, what’s worse is that he’s kind of the perfect guy. Resisting him just might kill me.

I don’t do relationships. I prefer to keep things casual, and I’m always up front with women so that no one ever gets hurt. But, my sister’s new roommate…yeah I might have a small obsession. Or, maybe I should say a TARDIS obsession because there’s a 100% chance that it’s bigger on the inside. What the hell is a guy supposed to do though when he meets a woman who is not only beautiful but also feisty, fun, and way into nerd culture? I may be doomed.

**This is a New Adult romance novel containing some themes of domestic abuse, non-consensual sex, and explicit sex scenes. Recommended for 17+

Hot and dramatic and flirty and swoony—this book was just a deliciously addictive read for me. There is a lot packed into a fairly short book, which is something I would probably normally complain about, but it worked for me in this book. It didn't feel forced in or gratuitous, and the story didn't feel weighed down or “woe is me” because of it. On the contrary, Abby was a smart, strong, kick-ass, lovable character. A little sharp sometimes—lashing out like a wounded animal—but overall, brave and hopeful. I adored her spunk and her determination to make her life better. I was so freaking proud of her by the time I turned the last page.

I have a thing for reformed man-whores. I also love nerds. So , it should come as no surprise that I loved Ethan who is this die-hard nerd disguised as legendary man-whore. I loved him hard and dirty. Like, crazy loved. While Abby was weighed down with more (and arguably heavier) baggage, Ethan was toting around his fair share, and it was just as damaging to him. He had valid reasons for not wanting to be in a relationship, and it was a beautiful and heartbreaking thing to watch his world go sideways when as he realized that maybe love is real and maybe not all relationships are damaging. He's nearly perfect—as a friend, as a brother, and as the man who opened Abby's heart. He's funny and nerdy, easygoing and strong. Oh, and he's a dead sexy, naughty, dirty talker. JAYSUS, this book was so much hotter than I was expecting.

I was completely sucked into this book from start to finish. It touched on a whole bunch of heavy/sensitive subjects, but the book itself didn't seem to feel the weight of them. The writing is smart, the story is strong, and the characters are wholly lovable. The ending was perfectly happy and satisfying—if a bit short. However, this is the start of a series and I'm hoping for more updates on Abby and Ethan as the series goes on, as well as more sexy nerds. I'm positively giddy about more sexy nerds. I'm so happy I discovered this series and cannot wait for more!
~ Review by Shelly 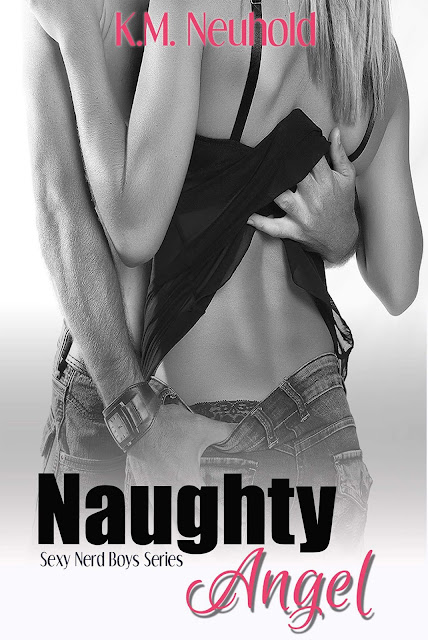 When most people first set eyes on me they assume I’m a delinquent, a thug, or at the very least that I’m in a band. But, looks can be deceiving. I never thought I’d get sick of random hook ups with more than willing college co-eds, but that scene is getting old. And, I really never expected to fall for an adorable, sexy, shy…virgin. But, sometimes things don’t turn out how you expect.

Super virgin…that’s me. I’ve never kissed a boy, heck I’ve never even been on a date before. How I ended up catching the eye of a sexy, tattooed playboy at my very first college party I’ll never know. He’s way out of my league…but maybe it’s finally my chance to let loose a little and find out who I really am. That’s what college is for, right?

I mean, I already love nerds, so this series is pretty much a sure thing for me. But Ms. Neuhold isn’t writing typical nerds—or maybe it's that they aren't *just* nerds. For instance, Asher looks every inch the bad boy—tatted and pierced, with the reputation to match. He's not wearing his nerdiness on his sleeve (um, well, not exactly), so the fact that he's some kind of goofy genius is a surprise. An awesome surprise. He's funny, smart and kind, and I loved him fiercely. I want an Asher, actually. He's nearly perfect.

Eve was over-the-top innocent and sheltered and yet, this character who could have easily come off as annoying or unrealistic was actually charming and fun. I loved her character. She's naive, but brave and feisty. For someone raised so sheltered, she was amazingly open-minded and lovable. I loved how she learned and grew and became this strong, independent woman.

I loved the two of them together. They shouldn't work, but they work so incredibly well. I loved the banter and the tenderness and, of course, how they steamed up my Kindle. I was sometimes frustrated (and sad) that Asher's friends didn't seem to know or trust him as much as Eve did. It might have been nice to see at least one person in his corner—but I loved how his friends embraced Eve, and how easily she became part of their tribe.

I felt like the underlying message sometimes was a little heavy-handed in this one. It's a good message and it makes for a thrilling, gripping read, but I feel like it maybe needed to be balanced out a bit. However, please note, I was completely sucked into this book regardless of that opinion. It's an easy read, and I tore through it in less than 24 hours. I adored Asher and Eve together and continue to be wholly invested in this series (excited for Hadley and Ravi's story, but hoping there's a Dex story down the road because I've got a pretty huge secondary character crush on that guy).

This book works great as a standalone; I don’t think you’ll feel cheated out of anything if you pick this one up first—but, as usual in a series of standalones, I think the reader experience is that much better and more rewarding after having read the first one. I loved the update on Abby and Ethan, and cannot wait for more in this fun and sexy series! Now, if you excuse me—I'm going to go try to buy an Asher off the internet. *Swoon*
~ Review by Shelly 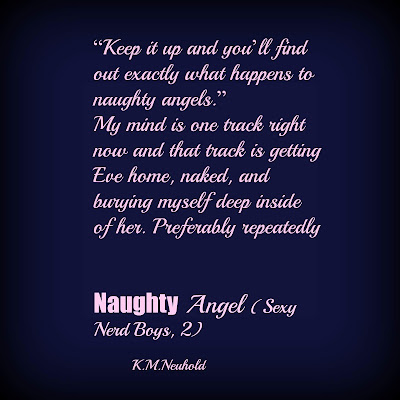 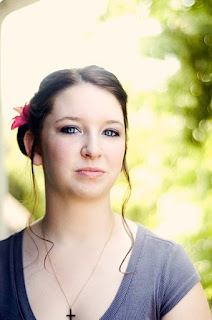 I am a romance junkie. I love writing contemporary and new adult romance. I also love reading romance, sci fi, fantasy, and horror. I'm obsessed with strong female characters and nerd culture. When I'm not writing I'm spending time with my husband and our many pets.