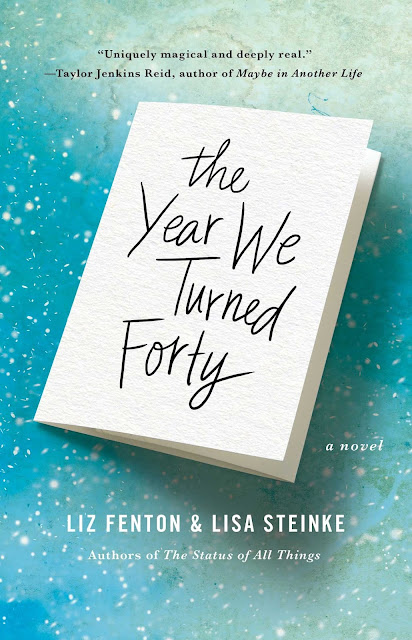 If you could repeat one year of your life, what would you do differently? This heartwarming and hilarious novel from the authors of The Status of All Things and Your Perfect Life features three best friends who get the chance to return to the year they turned forty—the year that altered all of their lives, in ways big and small—and also get the opportunity to change their future.

Jessie loves her son Lucas more than anything, but it tears her up inside that he was conceived in an affair that ended her marriage to a man she still loves, a man who just told her he's getting remarried. This time around, she’s determined to bury the secret of Lucas’ paternity, and to repair the fissures that sent her wandering the first time.

Gabriela regrets that she wasted her most fertile years in hot pursuit of a publishing career. Yes, she’s one of the biggest authors in the world, but maybe what she really wanted to create was a family. With a chance to do it again, she’s focused on convincing her husband, Colin, to give her the baby she desires.

Claire is the only one who has made peace with her past: her twenty-two year old daughter, Emily, is finally on track after the turmoil of adolescence, and she's recently gotten engaged, with the two carat diamond on her finger to prove it. But if she’s being honest, Claire still fantasizes about her own missed opportunities: a chance to bond with her mother before it was too late, and the possibility of preventing her daughter from years of anguish. Plus, there’s the man who got away—the man who may have been her one true love.

But it doesn’t take long for all three women to learn that re-living a life and making different decisions only leads to new problems and consequences—and that the mistakes they made may, in fact, have been the best choices of all… 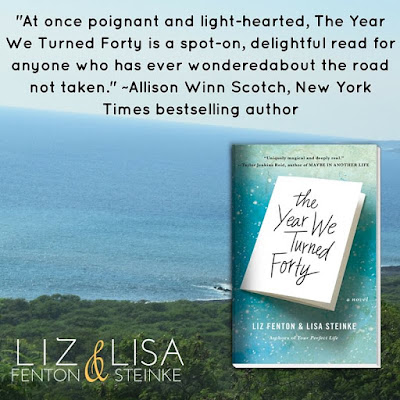 Have you ever wished for an opportunity to do something over? Go back in time to a specific event to make a different choice? Do something different, hoping for a different outcome?

Three best friends–Jessie, Gabriela and Claire–are given an opportunity to turn back the clock and “relive” their fortieth year. A year that was life-altering for each one of them. Jessie would keep the paternity of her son, Lucas, a secret. Gabriela would listen to her biological clock and have a baby. And Claire would spend more time with her mother before it's too late.

But is it really that simple? Really that “easy” to fix the past when each “different” choice brings its own ramifications and unexpected results. Jessie, Gabriela, and Claire quickly learn that reliving their past isn't what they thought, but are the differences better or worse than what happened originally?

I LOVED this book! Honestly, there have been times in my life I've wished I could go back and make different choices–things like going to a different college, having a different career, moving back home after college, not changing jobs… But if I could go back, I wouldn't necessarily have the wonderful things in my life–my daughter, my husband, my house, my job, my friends… The Year We Turned Forty is intensely thought provoking, beautifully written, and a great testament to long-enduring friendships and love. You'll run through a whole gamut of “feels”–happiness, sadness, frustration, disbelief–but, in the end, experience complete and total satisfaction.
~ Review by Missy 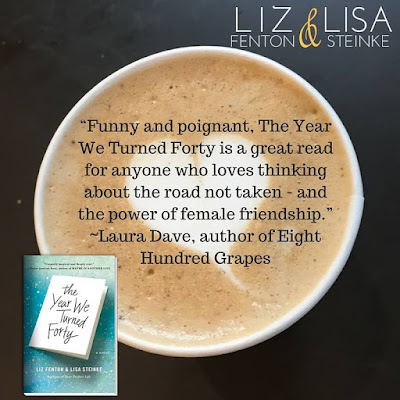 Liz Fenton & Lisa Steinke have been best friends for over 25 years. They co-created this website in 2009 to celebrate books women love and to have a place to talk shit about reality TV stars. They have three novels with Simon & Schuster/Atria Books. Their debut novel, Your Perfect Life, about two childhood best friends who switch bodies at their twenty-year high school reunion, published on June, 10 2014. Their second book, The Status of All Things, about a woman who realizes she can change the course of her entire life by what she writes in her Facebook status, was published on June 2, 2015. And their third book, The Year We Turned Forty, about three women who get the chance to relive the year they turned forty, a year they each made tough, life changing decisions, on April 26, 2016. But a lot happened before the publishing deal…