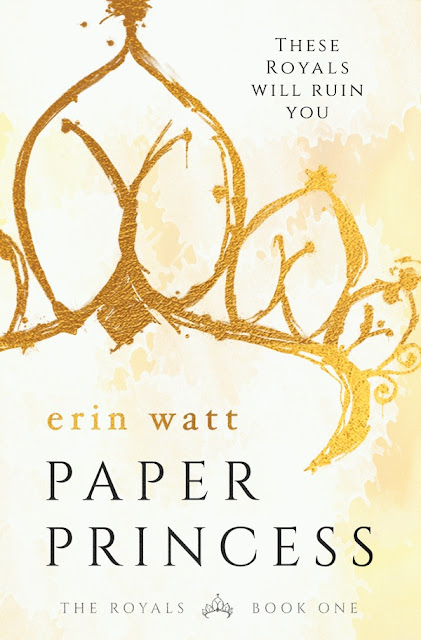 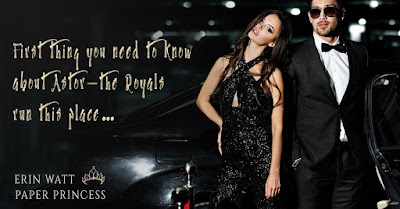 From strip clubs and truck stops to southern coast mansions and prep schools, one girl tries to stay true to herself.

These Royals will ruin you…

Ella Harper is a survivor—a pragmatic optimist. She’s spent her whole life moving from town to town with her flighty mother, struggling to make ends meet and believing that someday she’ll climb out of the gutter. After her mother’s death, Ella is truly alone.

Until Callum Royal appears, plucking Ella out of poverty and tossing her into his posh mansion among his five sons who all hate her. Each Royal boy is more magnetic than the last, but none as captivating as Reed Royal, the boy who is determined to send her back to the slums she came from.

Reed doesn’t want her. He says she doesn’t belong with the Royals.

Wealth. Excess. Deception. It’s like nothing Ella has ever experienced, and if she’s going to survive her time in the Royal palace, she’ll need to learn to issue her own Royal decrees. 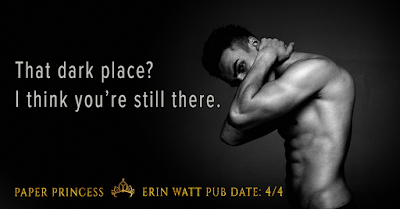 But that is where I start jumping up and down and saying that things aren’t always as perfect as they seem. Cinderella had crazy stepsisters, not UBER HOT MEN in her life. From all angles, in Ella's life, there are HOT, HOT MEN! They come at her from top and bottom—at home, at school, and even a daddy figure. But they’re screwed up. Royal decrees are the epitome of her life... Will Ella Harper survive them?

This was a quick finish for me. Once I started reading, there was noooooo stopping. Even though this is more of a YA book, I loved the banter back and forth, the real life issues of dealing with the struggle to survive.

Not everything is as it appears. Ella becomes somewhat of a hardass when it comes to the Royal men. She doesn’t take their shit and prepares for the worst. She does everything she knows to do but yet tries to survive the time she has with them. Even the women in her life poke and prod her in the most evil of ways. But Ella is a survivor!

I can’t wait for what happens next in The Royals series!!
~ Review by Heather

Oh Ella, my heart went out to her. The life she's lived due to her mother's decisions was heartbreaking, and completely gutted me.

She practically raised herself all those years and, out of nowhere, Callum Royal comes waltzing in to her life trying to make all the decisions for her. Ella, being the fierce spitfire she is, wasn't going to sit back and give in—instead she gave him a run for his money. But unfortunately she ends up falling for the main Royal, Reed, and my heart hurt because I knew it was not going to be ending well for her.

As she is enrolled in that school where the Royal's rule, she gets anything but the "royal treatment". What's done to her kinda reminded me of when I went to school and how it's all about who you know.

Reed, he just infuriated me like it was nobody's business, but in all honesty, I wanted him to fall for Ella and give her what she deserved—a hearts, flowers and rainbows kind of love...but I had a feeling that was far from what he would be able to offer her.

This book gave my emotions whiplash so many times that I wanted to throw my tablet against the wall. And when I reached the end, it literally left me speechless... What. The. Heck???
~ Review by Kara 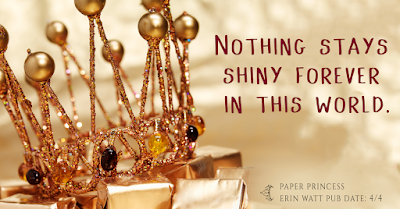 Erin Watt is the brainchild of two bestselling authors linked together through their love of great books and an addiction to writing. They share one creative imagination. Their greatest love (after their families and pets, of course)? Coming up with fun--and sometimes crazy--ideas. Their greatest fear? Breaking up. You can contact them at their shared inbox: authorerinwatt@gmail.com