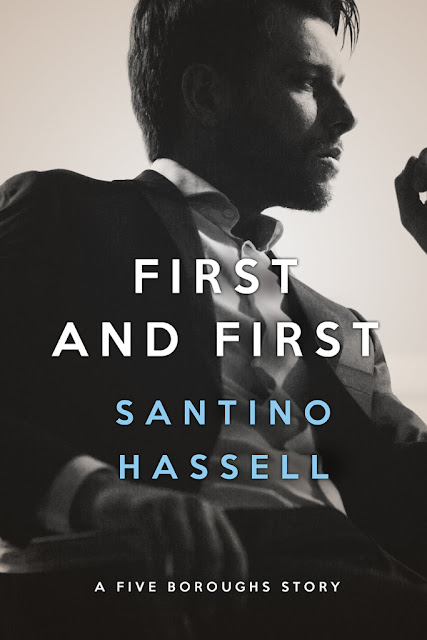 Caleb Stone was raised on the Upper East Side, where wealth and lineage reigns, and “alternative lifestyles” are hidden. It took him years to come out to his family, but he’s still stuck in the stranglehold of their expectations. Caleb knows he has to build his confidence and shake things up, but he doesn’t know how… until Oliver Buckley enters the picture.

Oli is everything Caleb isn’t—risk-taking, provocative, and fiercely independent. Disowned by his family, Oli has made his own way in the world and is beholden to no one. After a chance encounter on New Year’s Eve, Caleb is smitten.

As Caleb sheds the insecurities that have held him back for years, he makes bold steps toward changing his career and escaping years of sexual repression. But for Caleb to take full control of his life, he has to be brave enough to confront his feelings and trust Oli with his heart. 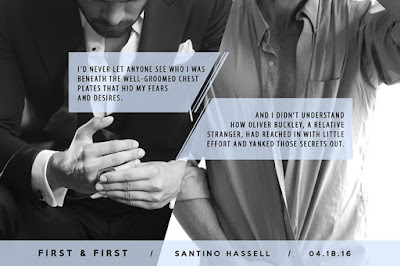 I'm a big fan of this series. It's smart, it's different, it's sexy, and it's so very real. Reactions, choices, mistakes—all of it is the kind of messy that comes from living an imperfect life, and the way Santino Hassell works those factors into his stories makes them perfect.

You'd be forgiven for being apprehensive about First and First if you, like me, have read the two previous books in the Five Boroughs series. Caleb wasn't such a sympathetic character, after all. But here, in his own book, in his own words, he becomes a much more likeable. Understandable. Forgivable.

That's not to say I enjoyed him from page one. I might have felt empathy toward him, as he stumbled through the beginnings of what feels like a mid-life crisis, but it took me time to really warm to him. When I did, though, I really did. It helped to see his walls come down bit by bit, to see him get pushed and prodded into accepting who he is, what he wants (and needs) to be the man he craves to be.

Which all comes courtesy of Oliver. He's the catalyst, and HIM I did love from the start. While he is also far from perfect—as evidenced by his aversion to commitment and tendency to run when it gets too much—there's something very charming about the way he faces the world, and slams into Caleb's life like the freak blizzard that blankets this book. He's something of an enigma through much of this book; the lack of Oli's POV simply added to his appeal and to Caleb's confusion and insecurity. I liked not knowing it all alongside Caleb—it added pressure to an already raw and tense book, and made the ending ultimately all the more rewarding.

There are some truly wonderful moments in First and First. It was wonderful to briefly see David and Raymond, particularly as we learned more about David and Caleb's former relationship. I loved Aiden, too, and enjoyed seeing his role in Caleb's transformation. I would love to read more about him, given the air of mystery surrounding his upbringing and relationship.

Wow! This series just keeps getting better and better! It is addictive and I couldn’t put it down!

First and First is the third book in the Five Boroughs series, and it is Caleb and Oli’s story. We met both of them in the previous books and I was so glad to get a closer look into their lives. I also loved how much of the other boys we got to see!

“Just be yourself,” Oli said easily. “Even if it’s the you that you’re normally too afraid to be.”

Caleb is thirty seven years old and has no idea what to do with his life. He is rich and gay, and just wants someone to love. But he is also hiding his true self; what he really wants. After one drunken night with Oli, he finally starts to learn how to let go.

“I’m not your Prince Charming. I’m a good fuck, but I’m not special.”

Also a gay man from a wealthy family, Oli has had a much harder life. He likes to keep it simple. But the two can’t seem to stay away from one another, even when they are angry. And it is hot as hell!

“You’re so sexy,” Oli panted. “And you don’t even know it, and that just makes me want to destroy you. Take you apart and fuck you until you’re trembling and begging and saying my name.”

I loved everything about this story! I love how Santino Hassell can make his characters so real. I actually feel like I know exactly what they are going through! First and First was hot and kinky, it made me laugh, and it made me emotional. I adored Aiden and even Mere by the end. Charles was fabulous, and I surely hope that we are getting more super hot, super emotional, super real stories from this Borough!
~ Review by Tiffany 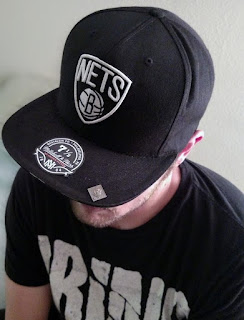 Santino Hassell was raised by a conservative family, but he was anything but traditional. He grew up to be a smart-mouthed, school cutting grunge kid, then a transient twenty-something, and eventually transformed into an unlikely romance author.

Santino writes queer romance that is heavily influenced by the gritty, urban landscape of New York City, his belief that human relationships are complex and flawed, and his own life experiences.