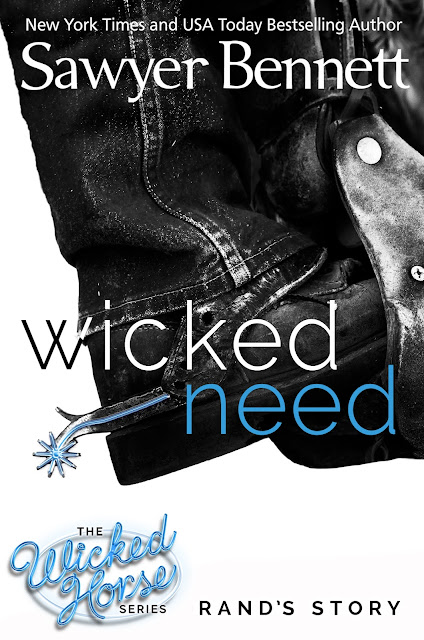 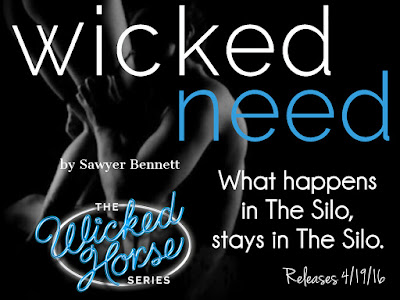 Rand Bishop’s dreams of Olympic gold were shattered years ago but he’s left that all behind, settling into a new career and lifestyle that would make any man jealous. While he may not be competitively racing down the ski slopes anymore, he’s just as happy getting his rocks off as a Fantasy Maker for The Silo.

He’s good at what he does.
Damn good.

But while life couldn’t be better for Rand, it seems to be falling apart for Catherine Lyons Vaughn, the dark haired, brown-eyed beauty that has captivated an entire sex club.

Having spent years degrading herself on her husband’s whim and now left destitute after his death, Catherine has hit rock bottom. With nothing but her body to peddle, Catherine is merely trying to figure out how to survive in a harsh, cruel world. Lucky for her, Rand has taken her under his tattooed wing, and he’s determined to give her a safe life where she can be the woman she was always meant to be.

Now all Catherine has to do is believe she deserves the chance. 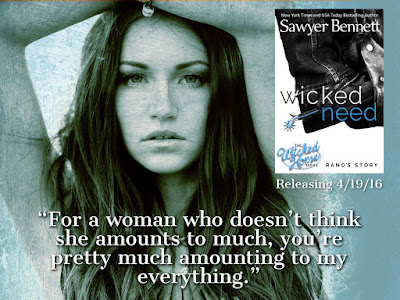 I’ve tried to start this review (in a dignified way) three times now and it just keeps coming back to: THIS ONE IS MY FAVORITE!! I LOVE RAND THE BEST!!

So—maybe that’s all you need to know? But I’m going to flail about for a bit anyway.

Rand Bishop. Sexy. Sweet. Former Olympic ski champion turned Fantasy Maker at The Silo. When he discovers that Catherine (Cat) Lyons Vaughn has been left destitute and homeless in the wake of her billionaire husband’s death, he doesn’t hesitate to open up his home to her. He’s kind and generous and somehow sexy as hell without ever being overly dominant or aggressive. He’s the whole package. It didn’t seem like a stretch to believe that he’d fall head over heels for Cat—it felt like he was primed for it, actually. He’s not necessarily baggage free, but what he has is fairly light and he’s not even close damaged goods. He’s solid and steady and I loved him so hard.

Cat is not anything like I expected given the glimpses I’d been given of her in the previous books. Her story is much sadder, her wounds run deep and impact every relationship (or lack thereof) in her life. Her relationship with Rand was so tender and unexpectedly sweet. She’s thoroughly broken, but not willing to play the victim. I’ve said it before—and I’m saying it again right now—one of my favorite things about Sawyer Bennett books is that she writes strong heroines. They’re not flawless, but they’re not stupid, and Cat is no exception. I rooted for her, I hurt for her, and I was so proud of how she ultimately handled all her issues.

This is a sexy series, so it should come as no surprise that this book was off the charts hot. The kink in this book was right up my alley, so I think I actually found this one hotter than the others. Don’t read it in public—trust me on this one, it will make for an uncomfortable soaked-panty situation. I also feel like this book nailed the balance of indulging in a sexual fantasy while maintaining the integrity of the relationship. It just worked for me, and—as a person who tends to skip over sex scenes sometimes—I found myself kind of wishing there were more (because, I mean….damn!)

Wicked Need is my absolute favorite of the Wicked Horse series so far. The blend of sweet swoony-ness, deep emotion, and sizzling hot sexiness is perfectly balanced and kept me glued (sometimes flushed and panting) to my Kindle from start to finish.
~ Review by Shelly

I could probably spend several paragraphs extolling the virtues of one Rand Bishop. The way he cared for a woman he knew but didn’t know. The kindness that is inherent in his nature. The ability he has to make panties and hearts melt in a New York minute.

He’s just… DAYUM. He’s amazing—and my absolute favorite of the Wicked Horse men so far. And the best part? In Wicked Need, he’s matched easily by Cat, a woman worthy of love—his love, in particular—who was in need but not needy. I loved that about her. She didn’t cave, she didn’t give up. She was bruised, not broken, and had this steel inside—she just needed a little help to find it. And, despite what life had thrown at her, she didn’t expect a Knight in Shining Armor, but still recognized Rand’s need to help her. In doing so, she (and Rand) made their relationship so beautiful balanced; a compromise-based love that grew and grew and grew until the pages of this book could barely contain it.

Together, this couple is the very definition of sexy. And hot. Sizzling. Electric. Whatever you want to call it, Rand and Cat had it in spades. Whether playing at The Silo or learning one another in the privacy of Rand’s home, they were SCORCHING. That steam didn’t rise from my Kindle is a bloody miracle, TBH. But it’s not just the dirty, kinky, sexy fun they had between the sheets (and, you know, other places), it’s the fact that both Rand and Cat were so damn likeable, they became irresistible. This book became irresistible.

Wicked Need is easily a one-sitting read—a sitting that should probably take place away from prying eyes. Unless you want someone to watch you squirm, swoon and fall in love. Which you will undoubtedly do, if Rand Bishop has any say in it. If that’s the case…well then, step right up to book three in the Wicked Horse series.
~ Review by Beth

Oh Rand! Please come be my white knight anytime! Wicked Need is the third book in the Wicked Horse series and is by far my favorite!

Rand Bishop is a former Olympic skier, artist, fantasy maker at The Silo, and an all-around good guy. His friends tell him he has white-knight syndrome and is always trying to save a damsel in distress.

Catherine ‘Cat’ Lyons hasn’t had the easiest life. When Rand finds her sleeping in her car in The Silo parking lot one night, she had no idea her entire life was about to change.

“How can I chase away your demons if I don’t know what they all are?”

Slowly, Cat opens up more than just her body to Rand and they form a true friendship. He can’t help but want to help her and make her life easier and better. I really enjoyed Cat as a heroine. She is a survivor and though it took a lot for her to find her happiness, she did with some assistance. The two together are hot as hell and that scene with Logan—wowza! Seriously, panties are most definitely optional.

“Your fantasy. We do exactly what you want and there isn’t anything you can’t ask us to do…to you or to each other, okay?”

And while this story had the heat that all of Ms. Bennett’s books have, it also had so much more. There was such a dynamic relationship between Cat and Rand, and I kept falling in love with Rand over and over again.

I loved how much we saw of the Wicked Horse crew. I particularly adore Callie and how willing she is to help any friend. I absolutely cannot wait for Logan’s story and hope we get to see a lot more of Rand and Cat too!
~ Review by Tiffany 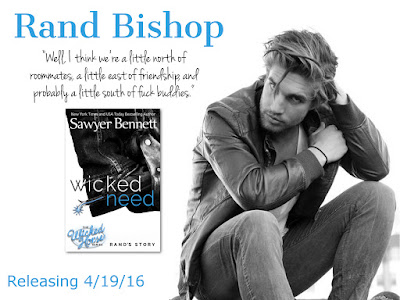 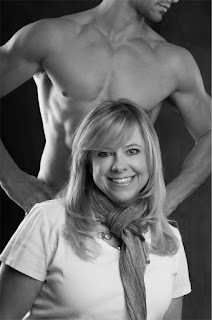